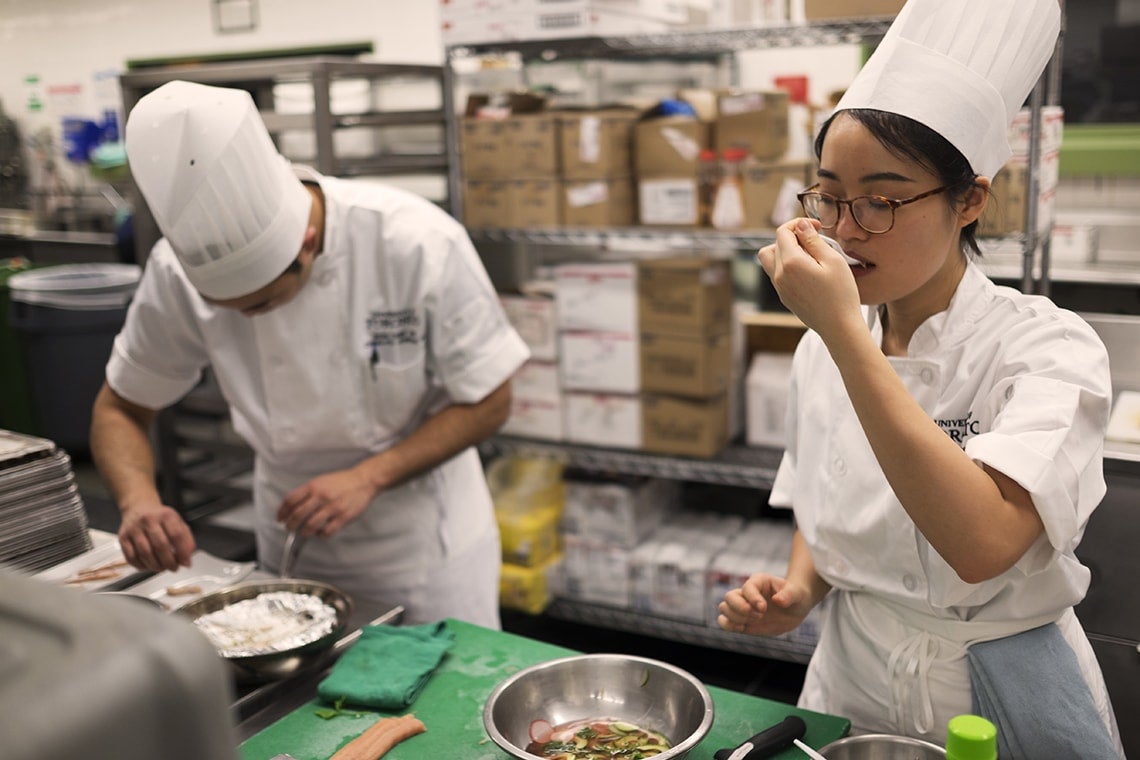 They'll be facing off against McGill University, University of Massachusetts Amherst and more

After the first training session for the Iron Chef competition, Chef James Piggott says the University of Toronto student team has the right ingredients to win the intra-university culinary cookoff.

But while Piggott hopes U of T will win – especially since the competition is being held here for the first time – he says victory isn’t the most important thing.

“If they walk away with a smile on their face and pick up a few new skills, that’s a job well done,” says Piggott, executive chef of residential dining at U of T's New College, who is training the student team.

For the first time ever, the University of Toronto is hosting the annual Iron Chef competition. U of T News is following the student chefs chosen to represent the university in an culinary cook-off against the University of Massachusetts Amherst and other schools on Feb. 24–26. 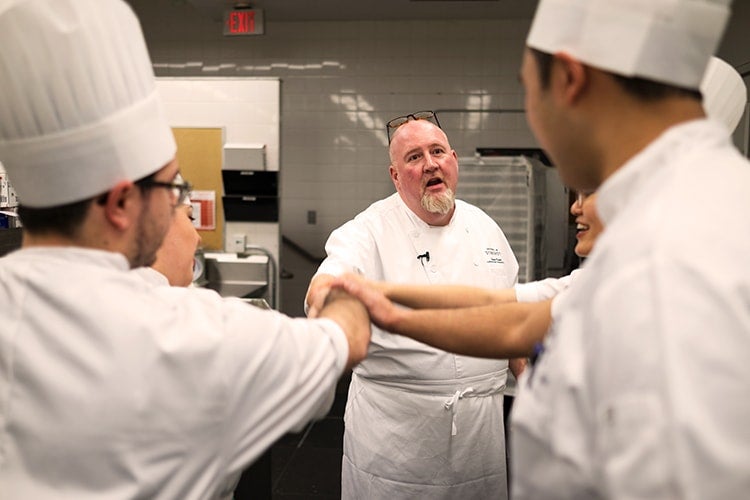 At practice Tuesday evening at New College, students Felipe Branco, Brettany Colette, Jordan Su and Ailin Xi were asked to prepare an appetizer and main course using salmon – one of the proteins that may be in the mystery box of ingredients they receive on the day of the competition. They were also allowed to use ingredients from the cafeteria kitchen.

The time limit was two hours – the same cutoff time as the competition.

Wearing new personalized chefs’ coats and hats, the team toured the store room and meat fridge. At just after six o’clock, Piggott started the timer. The students quickly split into teams of two.

Su and Xi whipped up the appetizer – smoked salmon with a pickled radish slaw – while Branco and Colette prepared the main dish, a salmon with beurre blanc sauce on multi-grain risotto with parsnip crisps.

The team has good chemistry and was able to choose a menu quickly, Branco said.

“We have different backgrounds, which is good. If I have an idea that’s, let’s say, more Latin American, they add an Asian perspective. It builds some nice flavours.”

Read more about the competition 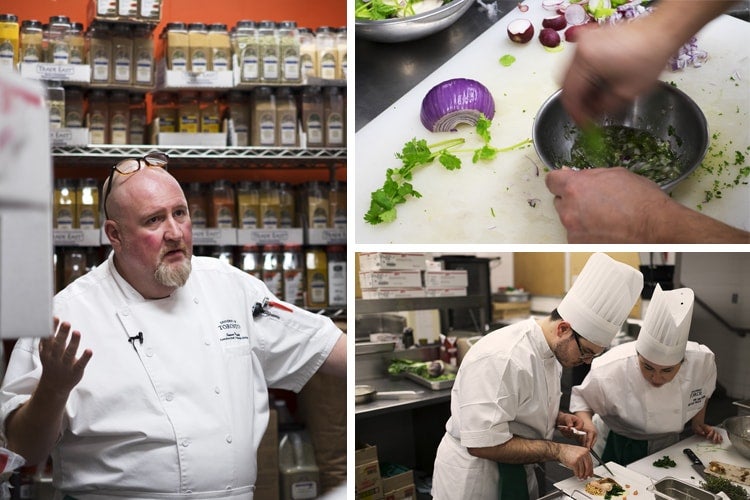 When the clock ran out, the students presented their dishes to Piggott for tasting and critique.

At next Tuesday's practice, the chef will choose three students to face off against the top student chefs at other universities at the Iron Chef competition. The fourth student will be an understudy this year, but guaranteed a spot on the team next time.

Chef Piggott: “They would lose 20 per cent right off the top for kitchen cleanliness because that’s part of organization. But food wise, I’d probably give them an 85. The only things were – there were some portion-size issues, and there was the overcooking of the salmon. If I’m looking at the overall picture and deducting marks from 100 per cent, I’m taking a few points off for the salmon being overcooked. I’m taking a few points off here and there for the (small) portion size of the main course.

“Overall that brings them closer to 75 per cent. But that’s because they’re losing big marks for organization and cleanliness. They had stuff spread everywhere. We need to work on that. But overall, fantastic job.”