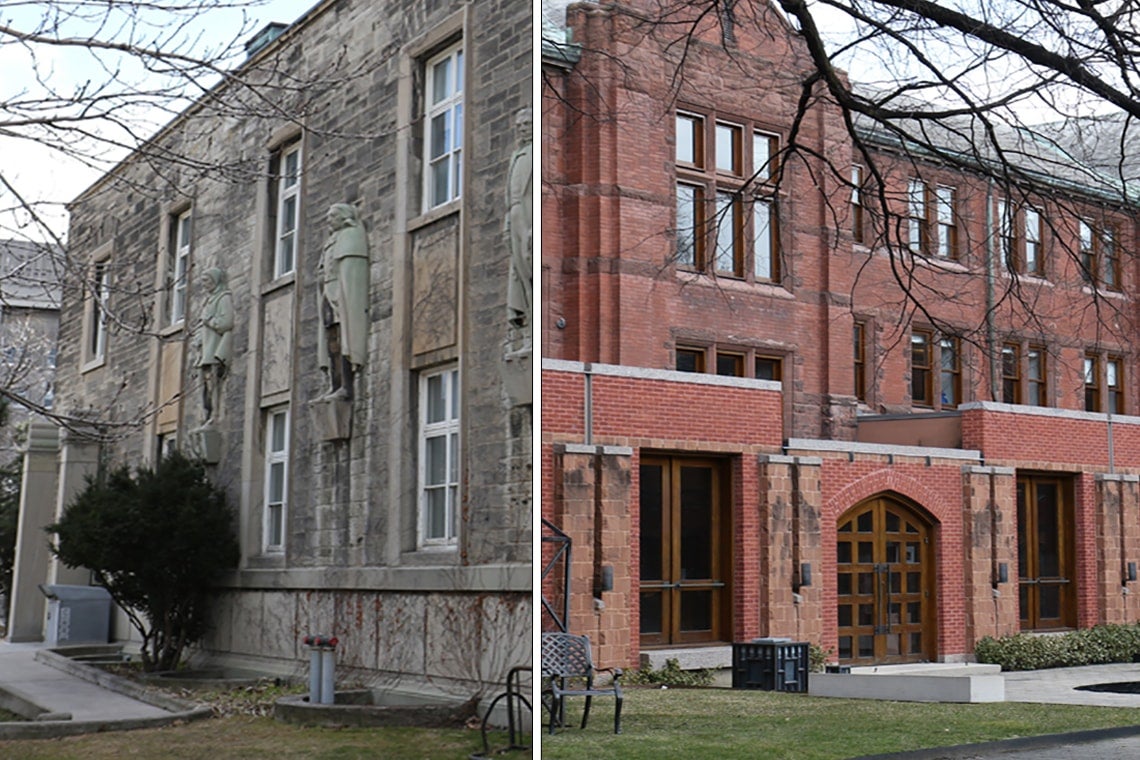 Two distinguished fields of study at the University of Toronto are joining together into one school, reinforcing the university’s position as a leader in global affairs and public policy – areas that in today’s changing geopolitical realities increasingly see overlap and share an agenda.

“We are very pleased to announce the amalgamation of these two dynamic schools,” said Provost Cheryl Regehr. “The Munk School of Global Affairs and Public Policy will significantly enhance the university’s outstanding national and international reputation in research, teaching and societal impact in the areas of global affairs and public policy. We see each field of study reinforcing and complementing the strengths of the other, ensuring the school’s status as an intellectual and academic powerhouse.”

The idea of merging the two schools first came up two years ago after similarities in programs increasingly appeared in subject areas such as migration policy, cybersecurity and digital governance, and innovation. After a robust consultation process over the past year, the Faculty of Arts & Science determined there was a strong academic rationale and broad support for combining the two schools.

“There’s a lot of opportunity that grows out of the blurring of boundaries between global affairs and public policy,” said David Cameron, dean of the Faculty of Arts & Science. “As political developments in Europe and America have demonstrated, the policy environment is becoming characterized by multilateral challenges with global consequences. To offer a fully rounded degree in public policy, you have to set it in the context of this global reality today.”

He cited the global migration crisis as an example. From a global affairs perspective, faculty and students might look at migration and movement of migrants from war-torn and poverty-stricken areas, and the porousness of national borders. From a local or state perspective, immigration and resettlement are a significant policy challenge.

Similarly, in the case of the North American Free Trade Agreement (NAFTA), the federal government is renegotiating the free trade deal, and the pace and timing of the NAFTA negotiations is increasingly driven by global politics.  But, said Cameron, the issue is also of great concern to the provincial government and local municipalities that house a Ford or Toyota plant.

He said unlike many organizational consolidations, the goal here was not to reduce costs and save money.

“The issue was not to fix something that was broken. They are both in their own right great success stories, excellent professional programs,” Cameron said. “It really is an academic rationale that is driving this.”

The Munk School of Global Affairs and the School of Public Policy & Governance (SPPG) each admit up to 90 students a year for their professional master’s programs, with SPPG offering an undergraduate major in public policy. It also houses the Mowat Centre, an independent think tank that informs the Canadian public policy agenda.

The Munk School also offers undergraduate programs such as Munk One and Peace, Conflict and Justice, and is home to regional centres on Asia, Europe-Russia-Eurasia and the United States, as well as internationally and nationally recognized research labs such as the Citizen Lab.

Both schools have competitive and rigorous professional programs that produce students for complementary sectors. A Master of Global Affairs from Munk often leads to jobs in the private and public sectors, and in non-governmental organizations, think tanks, and foundations. A Master of Public Policy from SPPG often lands jobs in the public sector in Canada for graduates of this program.

While the fields of study and degree-granting programs will remain intact, there will be significant benefits to students, including eventually shared elective courses, extensive development of internships and job placements, and expanded alumni networks.

The Faculty of Arts & Science will launch a search for a new director almost immediately, with Randall Hansen serving as interim director. A working group will help to ensure a smooth transition.

The university is hoping to tap into a new recruitment climate brought on by everything from the election of U.S. President Donald Trump to post-Brexit concerns, and a buzz about Canada and Toronto.

“It’s a moment of opportunity for us,” Cameron said. “This is a first-class North American research-intensive university in a great city, a very diverse and tolerant city. A number of forces have put us in a nice position to be attracting talent. We are very conscious of that, and trying to take advantage of it.”