Interferon speeds recovery in some COVID-19 patients, U of T and UHN study finds 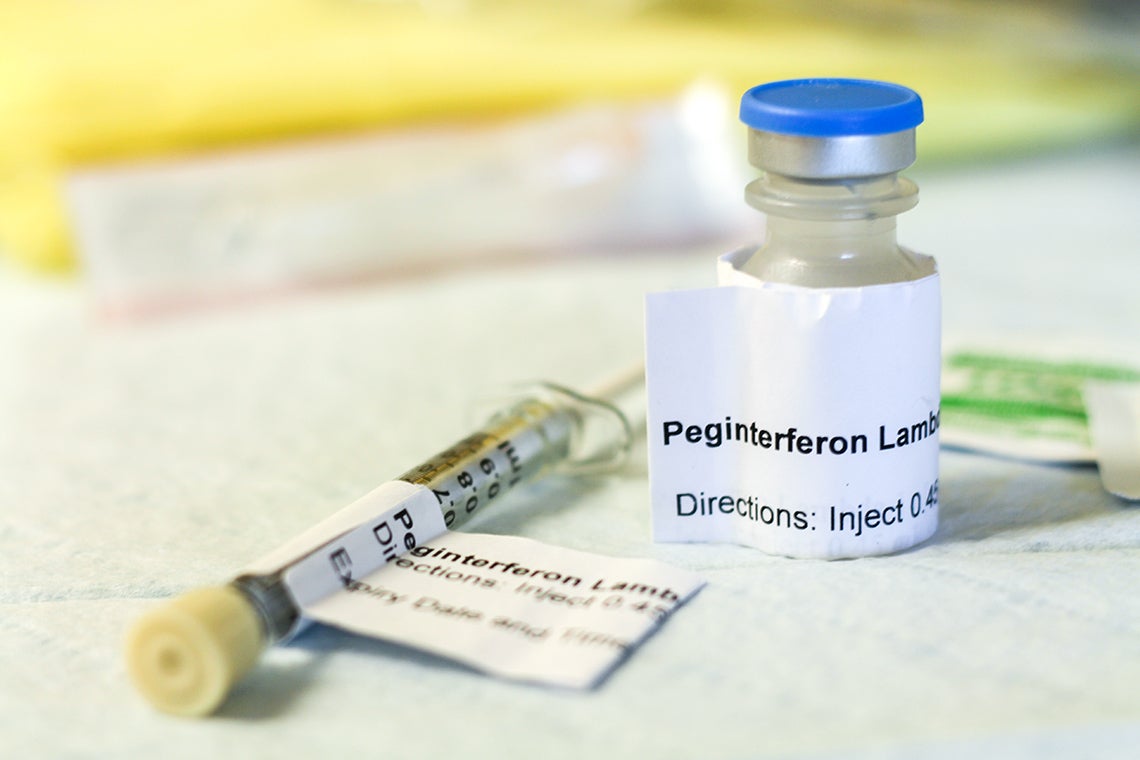 A clinical study led by University of Toronto researcher Jordan Feld and colleagues has shown that an experimental antiviral drug can significantly speed up recovery for some COVID-19 patients.

The treatment could become an important intervention for infected patients who don't need to be hospitalized and help curb community spread, while vaccines are rolled out this year.

“This treatment has large therapeutic potential, especially at this moment as we see aggressive variants of the virus spreading around the globe which are less sensitive to both vaccines and treatment with antibodies,” says Feld, an associate professor of medicine in the Temerty Faculty of Medicine at U of T and a liver specialist at the Toronto Centre for Liver Disease, University Health Network.

The study, published in Lancet Respiratory Medicine, found patients who received a single injection of peginterferon-lambda were over four times more likely to have cleared the infection within seven days, when compared to a group treated with a placebo.

“People who were treated cleared the virus quickly, and the effect was most pronounced in those with the highest viral levels. We also saw a trend towards quicker improvement of respiratory symptoms in the treatment group,” says Feld, who translated his knowledge of peginterferon-lambda usage for viral hepatitis to research on COVID-19 treatment. 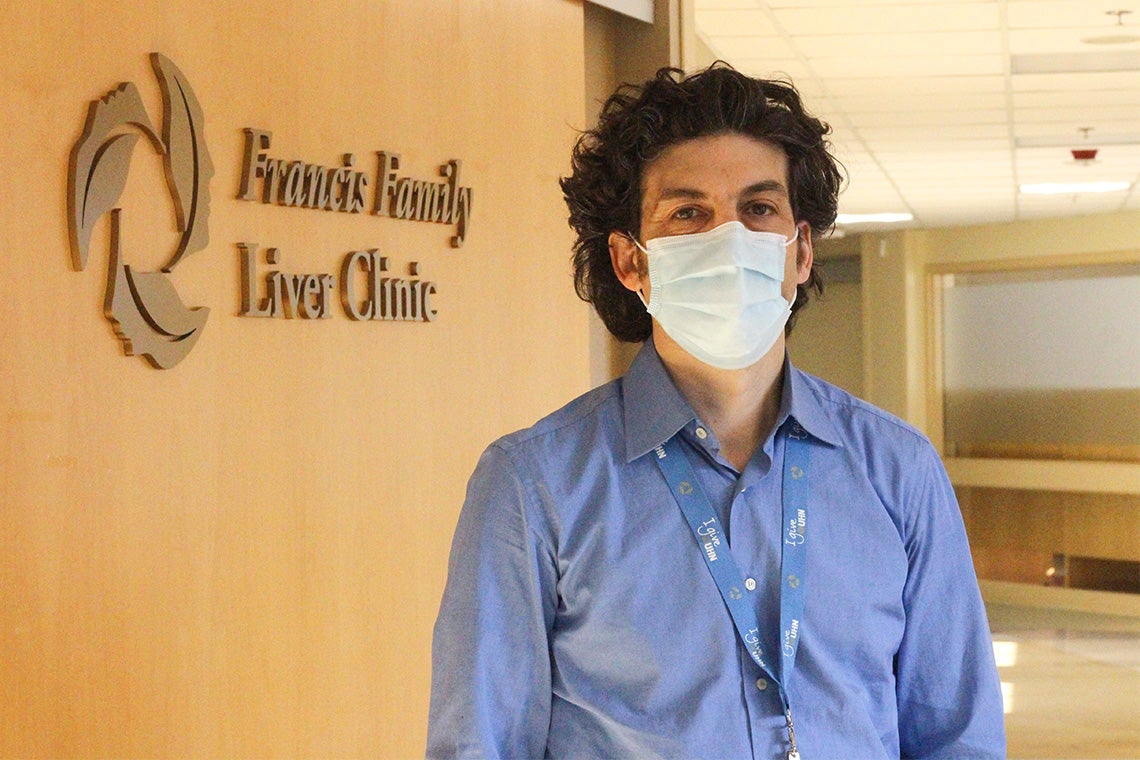 Rapid clearance has many benefits, particularly in those with high viral levels as those cases are associated with more severe disease and a higher risk of transmission to others. Among the 60 patients followed in the study, five went to emergency departments with deteriorating respiratory symptoms. Of those, four were in the placebo group, while only one was in the group which received the actual drug.

“If we can decrease the virus level quickly, people are less likely to spread the infection to others and we may even be able to shorten the time required for self-isolation,” says Feld, who is also co-director of the Schwartz Reisman Liver Research Centre and the R. Phelan Chair in Translational Liver Research at UHN.

Interferon-lambda is a protein produced by the body in response to viral infections. It has the ability to activate a number of cellular pathways to kill invading viruses.

The coronavirus that causes COVID-19 prevents the body from producing interferons, which is one way it avoids being controlled by the body's immune system. Treatment with interferon-lambda activates those same virus-killing pathways in the cells.

Because interferon activates many virus-killing pathways, resistance due to variants of the virus – which could be an issue with some therapies – is not a concern with interferon-lambda.

Interferon-lambda is different from other interferons because it uses a receptor that is only present in some tissues in the body. It is very active in the lung, the liver and the intestine – where the virus behind COVID-19 is able to replicate – but it is not active in other places leading to a lot fewer side effects than other interferons. In the trial, those treated with interferon-lambda had similar side effects to those who received placebo.

Peginterferon-lambda is a long-acting version developed by EigerBioPharma, which can be given as a single injection under the skin with a tiny needle like the ones used to inject insulin.

This phase two, double-blind randomized study was done in Toronto with a total of 60 participants – half of whom received the drug and the rest a placebo. The study was conducted from May to November of last year, with referrals from six outpatient assessment centres.

Additional studies are ongoing at U of T, Harvard University and Johns Hopkins University with peginterferon-lambda in hospitalized patients, and in settings where it can be used to prevent infection in those who have been exposed.

The clinical trial was co-led by Mia Biondi, nurse practitioner and researcher at UHN, Christopher Kandel, infectious disease specialist at Michael Garron Hospital and trainee in U of T's Temerty Faculty of Medicine, and Bettina Hansen, of U of T's Institute for Health Policy, Management and Evaluation in the Dalla Lana School of Public Health and senior statistician at UHN.

The study was supported by the Toronto General & Western Hospital Foundation, U of T's Toronto COVID-19 Action Fund and the Ontario First COVID-19 Rapid Research Fund. Medication was supplied by EigerBioPharma.

This article was originally published by the University Health Network.