Initiatives from School of Cities will bring together experts from U of T, all over the world to solve urban challenges 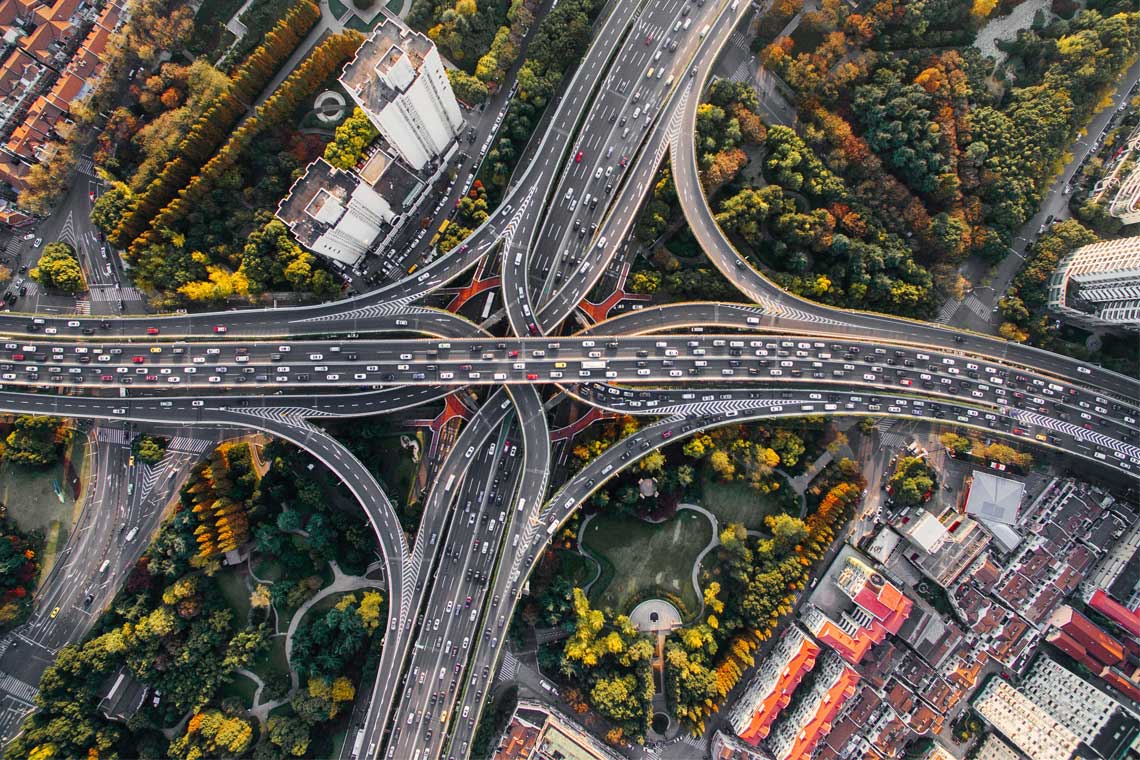 An interchange in Shanghai, China (photo by Denys Nevozhai via Unsplash)

The University of Toronto’s just-announced School of Cities already has some ambitious projects underway and big plans in the pipeline as it looks to change the way urban centres around the world are studied and understood.

“The School of Cities is really all about bringing people together, providing forums and opportunities to think about cities in new ways, to create new knowledge and disseminate that knowledge with partners in all different sectors in order to turn that knowledge into action,” says Matti Siemiatycki, an associate professor in the department of geography & planning in the Faculty of Arts & Science.

First up: The school will co-host a conference next Tuesday, May 15, Toronto: Towards a Smart and Inclusive City-Region, to consider how we can ensure that our cities stay just and inclusive as they get smarter and more technologically integrated.

The School of Cities is undertaking several larger initiatives as well, from a multi-city data project to a living laboratory that will tackle big urban issues.

Here are some to watch out for:

“What are the basic building blocks – the genomic structures – from which, at the neighbourhood scale, cities grow and develop?” asks Richard Florida, University Professor and director of cities at the Martin Prosperity Institute at U of T’s Rotman School of Management.

It’s this question that researchers are trying to answer as part of the Urban Genome Project, a multi-faculty initiative that is using data to understand how neighbourhoods change over time.

The project has been underway for just over a year and will now operate under the School of Cities.

“We've been making good progress,” but working with colleagues at different faculties can also be challenging, says Silver. “There's different ways of talking about the same thing. There's different aspects of a problem you might think are important that may seem trivial to somebody else and vice versa, so figuring out together how to formulate a problem is not easy.

Read about the School of Cities announcement

“You need time, and you need space and you need understanding – it's going to take a little while to figure out how to do it. But once you do, the payoff can be really big.”

As part of the project, the team has created an interactive interface that lets you explore census data in different cities. You can learn more about it here.

U of T scholars will be lending their expertise to a pan-Canadian city-building initiative, including municipal leaders across Canada, to engage with them on issues that affect their cities.

For the project, the School of Cities is collaborating with a broad coalition of partners. Together, they will “act as a network of expertise across Canada, connecting with universities across the country, leading, collaborating and contributing to the city-building conversation at a national level,” says Brail.

“One of the mandates of the School of Cities is to think about how we can provide training, resources, expertise and research to civic leaders and to politicians,” she says.

A pre-launch event is taking place at the end of this month.

How does a city create an effective strategy for making a street pedestrian-only?

This is the kind of municipal issue that researchers will tackle at the Urban Lab.

The proposed lab will be a site of experimentation and research and also a physical space that brings groups together from inside and outside the university, says Brail.

“It would include students from across a variety of disciplines, academic leadership and staff from other organizations coming together to address complex questions,” she says.

The lab will also be an opportunity for students to interact with people outside of their discipline, says Siemiatycki.

“We see this as a venue that will augment the education students are already getting in their home disciplines,” he says.

The School of Cities is envisioning an annual event hosted by U of T that brings together the world’s most important urban thinkers and city leaders to discuss the next big challenges faced by urban centres.

“There's no better place to do this than Toronto, if you ask me,” says Florida.

Read more about the School of Cities