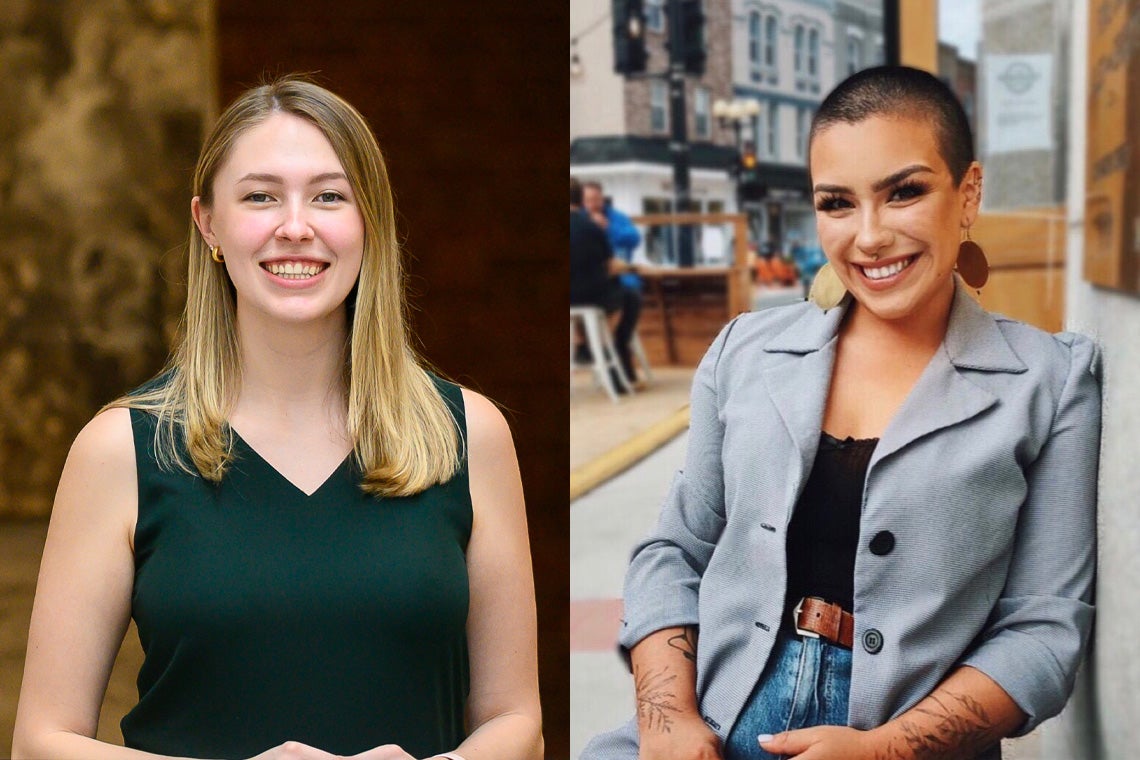 Two University of Toronto students received the President’s Award for Outstanding Indigenous Student of the Year this week during a virtual ceremony bookended by song and prayer.

The recipients – Riley Yesno, a fourth-year student at Victoria College, and Jessie Stirling of the Faculty of Law – were recognized for their contributions to the university as well as to their broader Indigenous communities.

“You’ve brought a spirit of engagement and community spirit to our university, enriching our entire academic community, and you inspire us,” U of T President Meric Gertler said in his remarks during the ceremony.

The event, hosted via Zoom by U of T’s First Nations House, began with an opening prayer led by Ojibwe Elder Whabagoon. Nenookaasi Ochrym, an Indigenous singer and activist, then presented a welcome song, which was followed by remarks from First Nations House Director Michael White and Andrea Johns, a previous award recipient.

Yesno, a member of Eabametoong First Nation who grew up mainly in Thunder Bay, Ont., spoke about finding comfort in the Indigenous community at First Nations House after initially feeling lost in Toronto.

“It’s been a long time now ­– almost a year – since I’ve been on my homelands and been able to hear our drum songs and our languages, so this is really refreshing to me,” Yesno said of the ceremony.

“[First Nations House] became a central hub and a foundational spot for me on campus. You can probably find me there any day of the week, eating the food and drinking the tea.”

Yesno has been heavily involved in community advocacy for years. She has served on the Prime Minister’s Youth Council and frequently addresses Indigenous, environmental, youth and LGBTQ2S+ issues in her work as a writer and public speaker. Her writing has appeared in The Globe and Mail, The Toronto Star and Maclean’s, among others.

In 2019, she gave a TEDxTalk questioning the dominant perceptions of Canadian identity and calling on her audience to re-imagine that identity. Yesno also spoke about Indigenous models of sustainability at the 24th Conference of the Parties to the United Nations Framework Convention on Climate Change in 2018.

Stirling, a recent graduate of the U of T Faculty of Law’s JD program, is a Kwakwaka’wakw woman of the Wei Wai Kum First Nation who grew up on reserve lands in Campbell River, B.C. She is currently the president and chair of the board of directors at Aboriginal Legal Services, and is completing her articles at the Office of the Children’s Lawyer, part of the Ministry of the Attorney General.

“Coming out to Toronto for the opportunity to attend law school here was a big step,” Stirling said. “It took me very far away from my community.”

“But I was able to really establish myself within the law school and within the Indigenous Law Students’ Association, and kind of start from there. So, I’m just really grateful to everyone who has played a role in all the opportunities that I’ve had.” 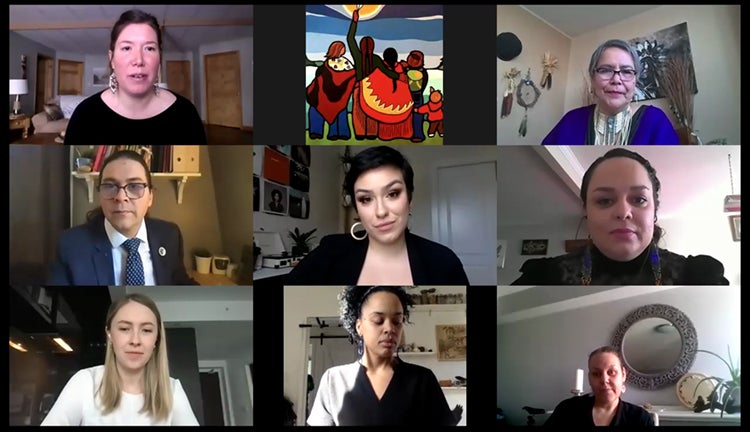 In law school, Stirling volunteered extensively in a poverty law clinic and the family courts through Pro Bono Students Canada, serving as an integral member of the team that secured a $100,000 grant to create the first law-school-based Indigenous Human Rights Program. She also worked with the David Asper Centre for Constitutional Rights’ working group on Indigenous child welfare, and with Justice for Children and Youth, which provides legal representation to low-income children and youth in the Toronto area.

In the summer of 2018, Stirling also worked with Professor Kent Roach to research and write about wrongful convictions of Indigenous and other racialized people in Canada.

During the ceremony, President Gertler stressed U of T’s commitment to recruiting and retaining Indigenous faculty, staff and students, citing new scholarships for Indigenous students and a focus on Indigenous-related curricula.

“The University of Toronto continues to work toward decolonization,” he said. “We continue to work together to promote the creation and visibility of Indigenous spaces on our campuses, and, above all, to foster and support a vibrant Indigenous presence in the U of T community.”