How will the coronavirus spread? U of T epidemiologist deciphers 'messy data' 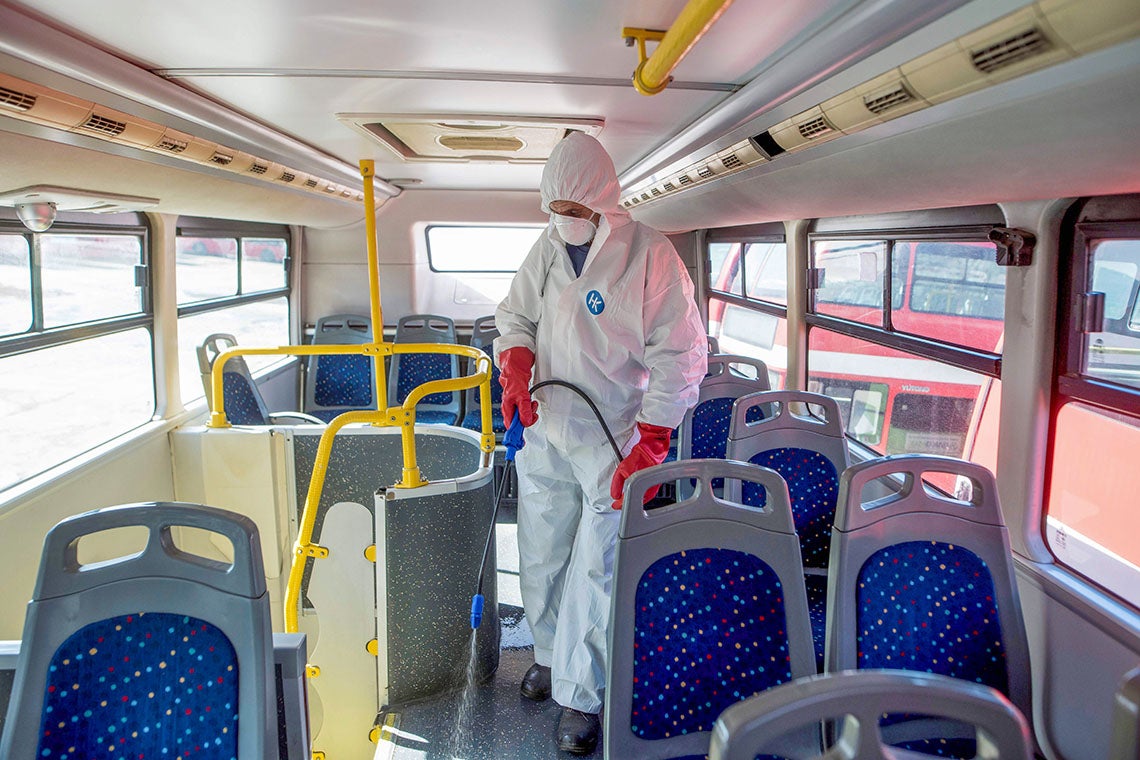 When it comes to the tipping point for the spread of COVID-19, University of Toronto epidemiologist David Fisman said: “We may have passed it.”

Since he made the comment in an interview with CBC’s Quirks & Quarks at the end of last month, more than 100,000 people have been infected around the world, most in China’s Hubei province. About 3,400 people have died of the disease as of Friday.

Fisman is a professor in the division of epidemiology in the Dalla Lana School of Public Health with cross-appointments at the Institute of Health Policy, Management and Evaluation and the department of medicine in the Faculty of Medicine.

He and a team of other epidemiologists, doctors, statisticians and public health experts use data analysis and computer modelling to understand parts of an epidemic that are hidden from view. For example, his group accurately predicted that the size of the outbreak in Iran was larger than originally reported.

Fisman and his colleagues were among the teams that received federal funding this week for research related to the novel coronavirus.

He spoke to U of T News about how the models work and why they're useful for health authorities and the public.

Can you briefly tell me about you and your colleagues’ experience dealing with previous outbreaks caused by other viruses: SARS, H1N1 and Ebola?

We've been involved in these outbreaks in a few different ways, but mostly on the modelling front.  In SARS and H1N1 I also had some experience in government public health agencies, which provides valuable perspectives. But during SARS I was quarantined (briefly) in Toronto and started working on a simple model based on what I knew about chains of transmission; unfortunately the province wasn't willing to share data for modelling, and my former prof and current friend Marc Lipsitch from Harvard managed to get needed data from Singapore, which was also in the midst of a SARS outbreak. That resulted in an important paper in Science, which showed that SARS could be controlled.

During H1N1, Dr. Ashleigh Tuite and I worked on characterizing early epidemic dynamics and were able to develop models around optimal use and timing of vaccination.  We also did a lot of work modelling emergence and control of Ebola in 2015 in West Africa.

Can you break down how your disease-transmission model works in layman's terms?

We use a lot of different kinds of models. Some just describe epidemic growth without worrying too much about what's happening under the hood; Ashleigh has developed a more realistic “compartmental” model where we think about the “flow” of people from susceptible to infected using approaches that physicists would use to model systems with feedback loops (so called disease dynamic models).

We are already using the compartmental model to project health resource use (hospital beds and ventilators) for Ontario and Canada and can also use the model as a platform for experiments related to things like social distancing –such as closing schools – and quarantines.

We also have some “forensic” statistical tools that we can use to infer underlying outbreak sizes in countries that aren't reporting a lot of cases, based on exports. At this stage of the epidemic we have been doing a lot of that.

How have you tested the accuracy of your forecasting so far, and how have your predictions compared to reality?

We were able to project the decline and end of the Chinese COVID outbreak in early March using a very simple model, fit to data up to Jan. 31. So our models do seem to work quite well in some contexts. We have also been modelling likely unreported epidemic sizes in countries like Iran which have been sources of large numbers of case exports and, unfortunately, our assessments have proved correct.

Your project uses public data that is often “messy or noisy”. Can you explain what you mean by that and why it’s sometimes hard for experts and policymakers to make sense of data behind disease outbreaks?

There's a lot that goes into public health surveillance; we get disease case counts but those are often the tip of the iceberg. We, and some of our colleagues in the U.K., are developing models that allow us to infer unseen components of surveillance systems (like the underlying chains of transmission that result in the cases that we can actually observe). The forensic statistics are an example of this, but we can also make inferences about likely underlying rates of disease progression (from onset to hospitalization to death, for example) based on crude death and case counts that may be put out by WHO and other organizations.

Based on your disease-transmission model, can you provide best and worst case scenarios for Canada?

We can. That's a great application for models.

How can your disease-transmission model be used by Canadian health agencies? What kinds of decisions would they make using your tool?

It can help them make decisions about control activities that involve short- and long-term trade-offs.

A big driver of fear during epidemics is uncertainty, and a feeling of lack of control. We can use models to dampen fear in a few ways: we can identify actions communities can take to protect themselves and we can demonstrate that epidemic curves are being bent downwards by interventions. We can also build apps that allow non-epidemiologists to explore how epidemics work, in order to understand them better.