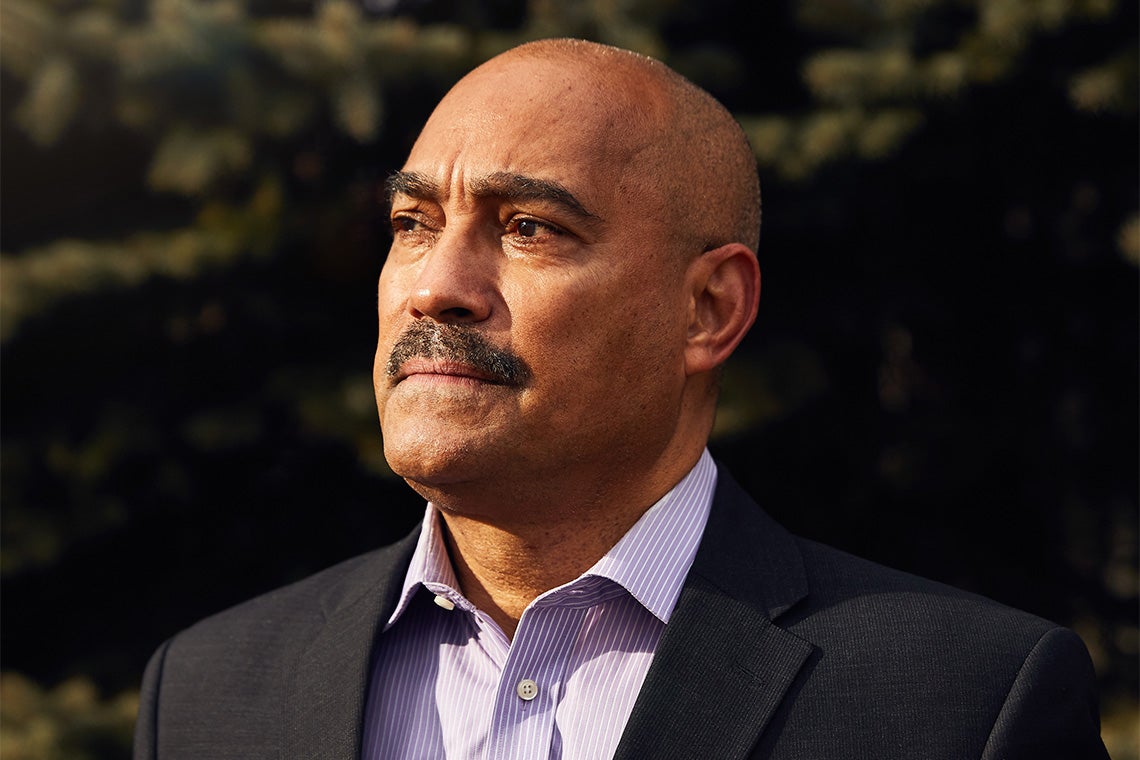 Akwatu Khenti, an assistant professor at U of T's Dalla Lana School of Public Health, is the chair of the city's Black Scientists' Task Force on Vaccine Equity (photo by Adam Coish)

Over the past five months, the Black Scientists' Task Force on Vaccine Equity has been adressing the disproportionately high rate of COVID-19 vaccine hesitancy among Black Torontonians – one online townhall at a time.

The group, led by Assistant Professor Akwatu Khenti of the University of Toronto's Dalla Lana School of Public Health, said in its final report that it held 20 online meetings attended by 7,000 people. The meetings targeted different audiences – from Caribbean seniors to the Black LGBTQ community – with one task force member estimating there had been a 20 per cent reduction in vaccine hesitancy among attendees, according to CBC Toronto.

“Really, we wanted people to be informed decision makers,” Khenti told the CBC. “And we always said, ‘You know, you may decide not to get vaccinated, but you'll never be able to say, 'I didn't have access to the science.'”

The final report made several recommendations, noted the CBC, ranging from earmarking vaccines for Black residents, who are more likely to be hospitalized or die from the virus, to better collection of race-based data.