False facts and a 'trust deficit': U of T's Akwatu Khenti on confronting vaccine hesitancy 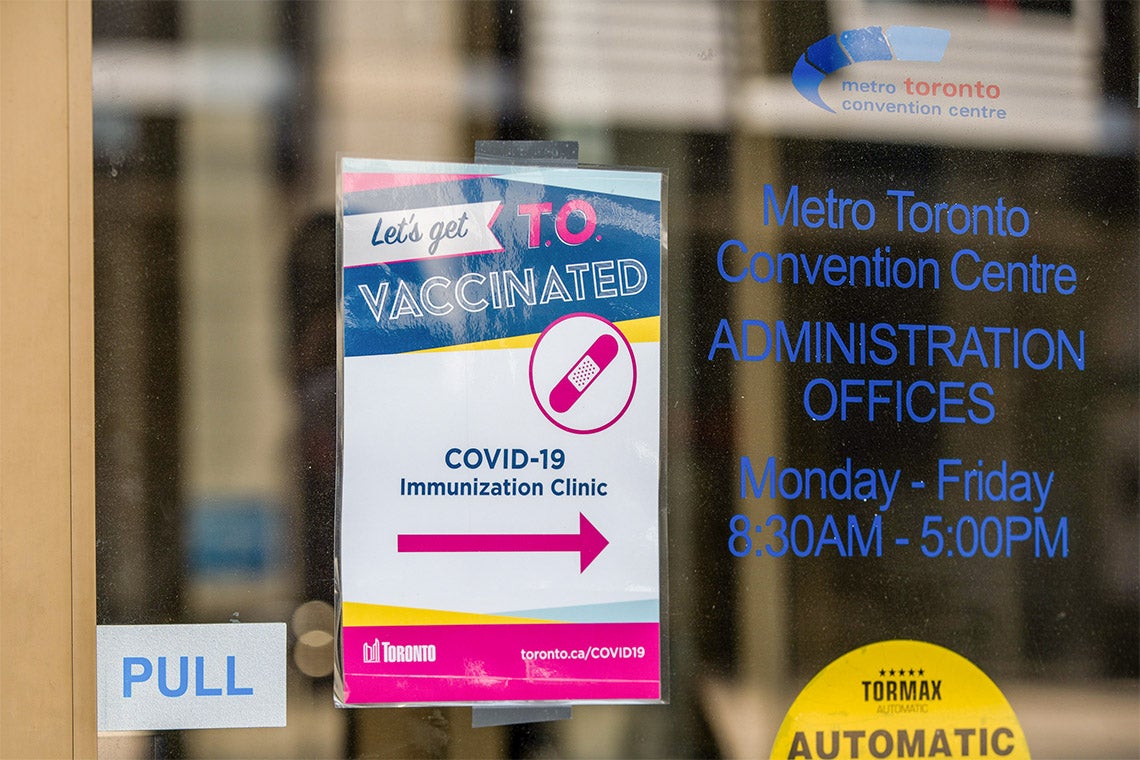 As Canada’s COVID-19 vaccine campaign accelerates, public officials have expressed concerns about people who may be hesitant, or unwilling, to be vaccinated against the potentially deadly virus.

Vaccine hesitancy, according to the World Health Organization, refers to a delay in acceptance or refusal of vaccines despite their availability. It is a complex phenomenon with varying origins, dependent on the type of vaccine and the time and place in which the vaccine is being administered. 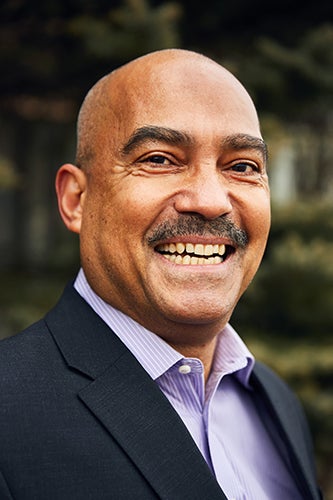 Akwatu Khenti, an assistant professor at the University of Toronto’s Dalla Lana School of Public Health, says the issue for Black Canadians boils down to trust.

“There are a lot of challenges,” he says. “The biggest one is the trust deficit, which should not only be owned by the individuals themselves, but also by the institutions and the systems that have not made a sustained effort to earn community trust.”

Khenti is the chair of the Black Scientists’ Task Force on Vaccine Equity, formed by the City of Toronto last month to address vaccine hesitancy and other challenges around vaccine equity. The task force has already hosted four virtual town halls with a total attendance of more than 1,200 people from across the city and the province.

The sessions were organized to share scientific evidence with community members in culturally sensitive and contextually grounded ways. They also addressed various myths and misinformation about vaccines that were circulating widely within the community on social media.

In a conversation with U of T News, Khenti discussed the roots of vaccine hesitancy and what individuals and organizations can do to combat it.

How prevalent is vaccine hesitancy right now and where does it come from?

We have significant expressions of vaccine hesitancy across all population groups right now, largely because we live in a period where many people depend on social media for news and information. False facts seem to circulate even more widely than empirical and science-based evidence. In fact, it is often the case that distortions are subject to less fact checking and scrutiny than science-based positions.

Racialized, marginalized populations are particularly susceptible because of discriminatory experiences that convey the message that their health and lives are not equally valuable. The seemingly ludicrous idea that companies and systems would treat Black populations as guinea pigs doesn’t appear far-fetched when Black persons encounter health providers with little or no empathy for their pain and suffering – a too common experience. If Black people were experiencing equitable health care, they would have a real sense of cognitive dissonance when misinformation comes to them. But because anti-Black racism is pervasive, the misinformation touches a nerve. The lack of support for adequate wages and sick day coverage only heightens the mistrust.

What kind of work do you do on the Black Scientists’ Task Force on Vaccine Equity?

The idea of the task force is to provide a trusted voice from people who share the experiences of those with vaccine hesitancy and who can relate to their racialized circumstances and the reasons for such hesitancy. The way we operate is to recognize and respect the lived experiences that have given people reason to doubt that medical systems and pharmaceutical companies can be trusted. We are not there to have an argument and change minds, but rather to provide scientific evidence that will allow for informed decision-making about COVID-19 vaccines.

For instance, some people talk about how the COVID-19 vaccine will implant a microchip in their DNA. But scientifically, we are not yet in a position to introduce microchips that can alter one’s DNA once a vaccine is introduced into their body. The biology doesn’t allow for that; it just doesn’t work. So, we want to make sure that people are not deciding against getting a vaccine because of reasons that can easily be disproved by science.

What is the biggest hurdle to overcome when you are trying to change the minds of people who are vaccine hesitant?

There are a lot of challenges but the first point to emphasize is that we don’t try to change their minds.  We want to ensure that all community members are informed decision-makers. We strive to earn their respect and trust as scientific community members whose information is deserving of consideration when decisions have to be made.

The most significant barrier to meaningful engagement is the structural determinants of racialized health outcomes such as low pay for care providers, limited sick day coverage and lack of commitment to eliminate anti-Black racism. COVID-19 has highlighted underlying structural issues that are not just going to go away. These issues force people to make decisions that are not in their own long-term interest. One of them is the absence of sick days. A lot of people have precarious, underpaid jobs – especially in the health-care system – and they don’t have many sick days. You need at least 10 sick days to quarantine during the pandemic, but when it is not clear how people’s bills will get paid during that time, it is hard to convince them to quarantine or get tested because that socio-economic reality is hard to wish away.

These experiences, wherein certain groups are made more vulnerable by practices and policies of health institutions and political decision-makers fuel, and lend relevance to, the myths and misinformation surrounding vaccines.

What are some ways that we can help those around us who are vaccine hesitant?

I can speak for myself here because I have friends and family members who are vaccine hesitant. Prior to COVID, it was always a big argument, and my response would have been, “What you’re saying makes little sense, so we’re not going to talk about it.”

Now, I use the same principles that we have developed for our task force, which is to express empathy and provide available evidence to the contrary. I start by listening to understand rather than to debate and argue. Then I affirm their position by telling them what I think I heard. I don’t challenge the positions. I simply ask them to consider some evidence which could add to their understanding of a particular issue and leave it at that. I don’t invalidate their positions. I simply ask them to weigh the evidence and the risks when decision-making time comes around – the key message being that the risks associated with COVID-19 far outweigh the risks with any of the vaccines.

We have seen racial disparities among those most affected by COVID-19. How do these disparities also play out where vaccines are concerned?

All populations are susceptible to misinformation and conspiracy theories, but those who are marginalized are even more vulnerable, especially because of the experiences of institutional and systemic racism which lend credibility to the idea of larger-than-life forces of anti-Black racism. Black people experience pervasive racial discrimination in our health-care system and, because of that, expect the worst from decision-makers and health institutions. They also have historical experiences that lend credibility to potential conspiracies, such as the Tuskegee denial of essential medicines to Black men over a four-decade period ending in 1972 and the exploitation of cancer cells from Henrietta Lacks without her knowledge or consent.

We also have to remember that, while there is a direct way that systemic racism has created a perfect storm for COVID-19, there are also indirect ways. One of those is through historical omissions. Black contributions to the evolution of vaccine technology are rarely talked about. Black people have been involved in the history of vaccines, even during the period of slavery. In North America, it was an enslaved African named Onesimus who told a Puritan minister in Boston around 1721 about how people in his African village inoculated themselves against smallpox by intentionally infecting themselves. That minister, Cotton Mather, would enter the annals of vaccinology but not so the enslaved African. Black contributions continued throughout the 20th century but remain unheralded by mainstream history and public memory. In 2021, although it’s fair to say that considerable progress has been made on equity and inclusion, we still have a very long way to go.