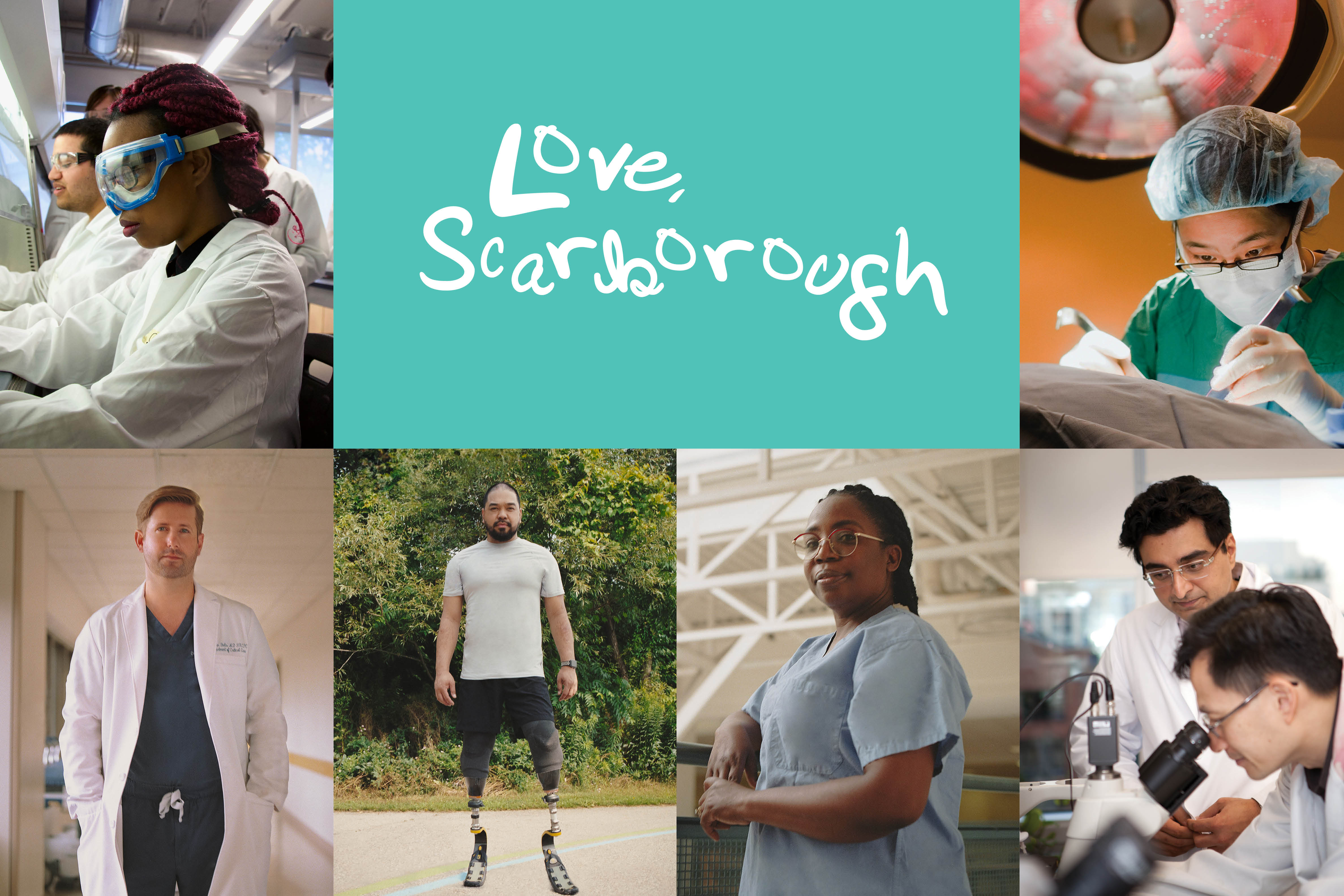 By supporting new facilities, this generous donation to Scarborough Health Network and U of T will modernize Scarborough's hospitals, train the next generation of health-care professionals in the region and have a positive impact on community health.

An unprecedented $75-million donation from Orlando Corporation aims to strengthen the ability of the Eastern GTA to provide world-class care for the community and train future health-care professionals.

With its gift, the company is investing $50 million in Scarborough Health Network’s (SHN) Birchmount Hospital, mental health needs and other urgent priorities, and $25 million in the University of Toronto’s Scarborough Academy of Medicine and Integrated Health (SAMIH). This gift will advance the health needs of this dynamic region’s nearly 1.3 million residents.

Scarborough and the Eastern GTA is a vibrant, diverse region – but it is also rapidly growing and now faces a critical shortfall of family physicians, nurse practitioners and specialists, as well as aging health-care facilities. The COVID-19 pandemic further exacerbated these challenges, with the community seeing the second highest number of COVID-19 cases in the province.

“On behalf of the University of Toronto, I would like to express our profound gratitude to Orlando Corporation for this outstanding act of philanthropy,” said Meric Gertler, president of the University of Toronto. “Your leadership will make a major difference in the lives of people and communities in Scarborough and the Eastern GTA, strengthening health care and improving the quality of life for generations to come.”

“This donation is momentous for Scarborough Health Network, and is the largest gift in our history,” said SHN Foundation President and CEO Alicia Vandermeer. “We are incredibly grateful to Orlando Corporation for hearing the message of our Love, Scarborough campaign and investing in equitable health care for our diverse community. Their gift will support the Birchmount Hospital redevelopment, including expanding and innovating the emergency department, mental health care across the Network, and other urgent needs, allowing us to offer more care with fewer barriers.”

“Every resident in Scarborough and the Eastern GTA deserves to live a healthy life and to have access to excellent health care whenever they need it,” said Orlando Corporation President Blair Wolk. “The Scarborough Health Network and the University of Toronto are two institutions that can help make this goal a reality and we’re pleased to be able to support them."

The largest gift in the history of Scarborough Health Network

This $50-million gift from Orlando Corporation to Scarborough Health Network is the largest in SHN’s history and contributes to the Love, Scarborough campaign, which is focused on addressing health inequities and closing the gap between SHN’s world-class care and its aging hospital facilities. It will usher in a new era of equitable health care, helping to update and expand their hospitals to match the world-class care SHN provides. The gift will help redevelop the Birchmount Hospital to put it at the forefront of equitable, leading-edge patient care for the growing community, including the creation of the Orlando Corporation Emergency Department. It will also support the hospital’s most urgent needs, including removing barriers to mental health care, by creating the Orlando Corporation Mental Health Centre of Excellence across SHN.

Expansion of the Birchmount Hospital is the largest redevelopment in SHN history and will feature a new patient care tower. The new tower will be a dramatic expansion in Scarborough, meeting the growing demands of the community by significantly increasing the capacity for patient care. The Orlando Corporation Emergency Department will be part of SHN’s no-wait emergency department, placing a physician at the front of the house. This is a new face for Birchmount Hospital that will more than double the number of beds and ensure timely access to emergency care. 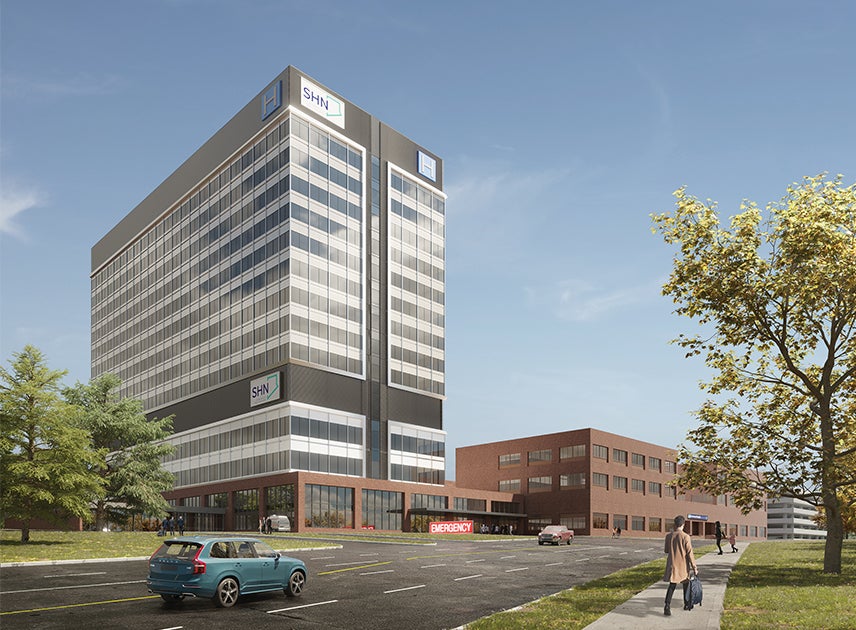 An architectural rendering of the Birchmount Hospital site, which will be home to the Orlando Corporation Emergency Department (rendering courtesy of DIALOG)

The new Orlando Corporation Mental Health Centre of Excellence at SHN will advance the health network’s mandate to focus on a recovery-oriented model of care by making possible critical improvements to infrastructure inside hospitals, which will in turn support programming needs in the community. This Centre of Excellence will position SHN as a leader in compassionate and culturally sensitive mental health care.

At an event celebrating the gift, the premier of Ontario delivered remarks thanking the Orlando Corporation for this generous gift and reiterated its importance to the people of Scarborough. Also in attendance were Jill Dunlop, Minister of Colleges and Universities, Sylvia Jones, Minister of Health and Vijay Thanigasalam, MPP for Scarborough Rouge-Park.

The Orlando donation builds on a commitment made by the Government of Ontario earlier this year to fund the expansion of medical education at the Scarborough Academy of Medicine and Integrated Health. The Government of Ontario committed an incredible $1.2 billion to support this redevelopment, along with other urgent priorities across SHN. Together with government partners and the backing of generous donors like Orlando Corporation, SHN will begin to transform the health experience for Scarborough and beyond.

A portion of Orlando Corporation’s $50-million gift to SHN is a pledge by Orlando to match, dollar for dollar, donations from the community. Of the generous gift, $15 million will be matched and support SHN’s areas of greatest need.

Supporting advanced health training at U of T

Orlando Corporation’s $25-million donation to the University of Toronto will support the construction of a new building at U of T Scarborough that will be equipped with the state-of-the-art facilities necessary for the Scarborough Academy’s advanced health training programs. In addition to increasing the number of doctors, physician assistants, nurse practitioners and physical therapists in Scarborough and the Eastern GTA, a health sciences hub of this size and quality will provide economic stimulus and professional employment in the region. This gift contributes to the university’s Defy Gravity campaign, which is the largest alumni engagement and fundraising effort in Canadian history and aims to address some of the most pressing challenges of our time. To galvanize support for this vital new training hub, $10 million of the company’s $25-million gift to U of T is a pledge to match donations from the community to support the construction of SAMIH. 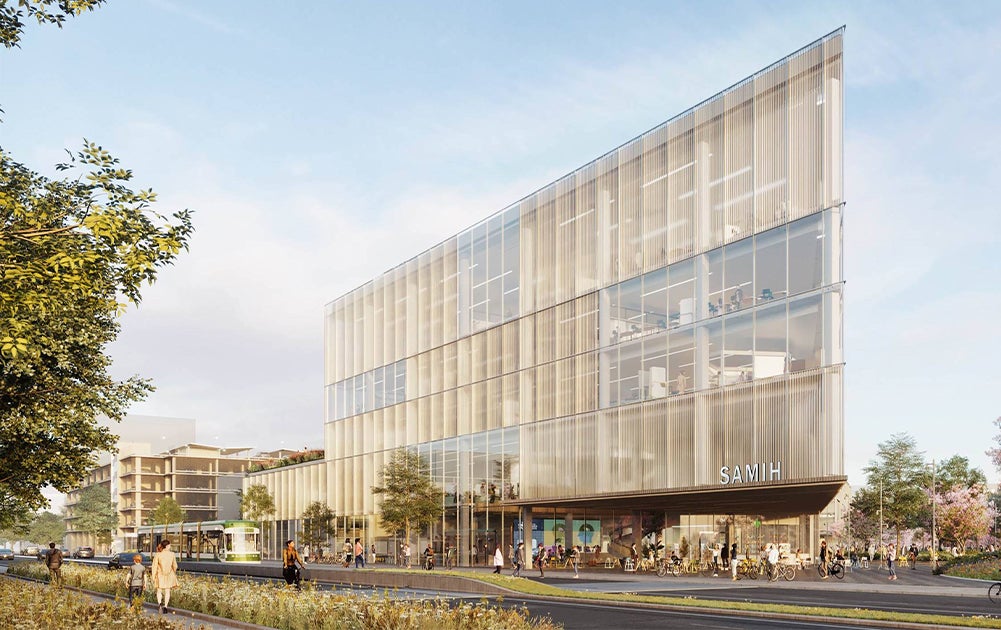 The Temerty Faculty of Medicine at U of T currently has four academies spread across the university’s St. George and Mississauga campuses, which leverage community relationships to address local health-care needs. The new Scarborough Academy will bring Temerty Medicine’s world-class expertise to U of T Scarborough alongside that of U of T’s Lawrence S. Bloomberg Faculty of Nursing. SAMIH will work with Scarborough Health Network and four other local hospitals to train health professionals within the region.

SAMIH is expected to attract students from Scarborough and the Eastern GTA, including individuals who reflect the region’s diverse community, and will provide local professional clinical experience that will encourage them to establish their careers in the area.

The academy will leverage the university’s partnerships in the Eastern GTA as well as its long history of excellence in medical education and research, with its nursing and medical faculties both ranked among the top in the world. SAMIH will also feature a nurse-practitioner-led clinic as part of its training program – the only one of its kind in Canada. Led by the Bloomberg Faculty of Nursing, the clinic will enable students to provide direct care while under supervision.

Building momentum for these important projects

The new Scarborough Academy will help the university realize its vision for up to 1,520 students per year in the life sciences, medicine, nursing and other health professional programs. SAMIH has also received funding as part of the government of Ontario’s plan to increase the number of doctors in the province, with support for 30 new medical school seats by 2025 and 45 new postgraduate speciality positions by 2027. The government has also confirmed a commitment of $19.8 million per year at steady state in operating costs for the academy. It is a key supporter of numerous priorities at Scarborough Health Network as well, and is making considerable investments in Centenary Hospital, General Hospital and the Birchmount redevelopment project.

Orlando Corporation is Canada’s largest privately owned industrial real estate developer. Founded 70 years ago, the company has given generously to numerous causes, particularly institutions dedicated to health care and health-sciences research. They have championed the health and well-being of people across the GTA, contributing immensely to the region’s global leadership in health care and the biomedical sciences.

The company’s gift will build significant momentum and inspire additional support for these important projects at U of T and SHN, which are set to have a widespread impact on community health in Scarborough and the Eastern GTA.

To learn more about U of T and SHN’s ambitious campaigns, visit defygravitycampaign.utoronto.ca and lovescarborough.ca.

Read more about the gift at CBC

Read more about the gift at CTV

Watch a report about the gift at CityNews