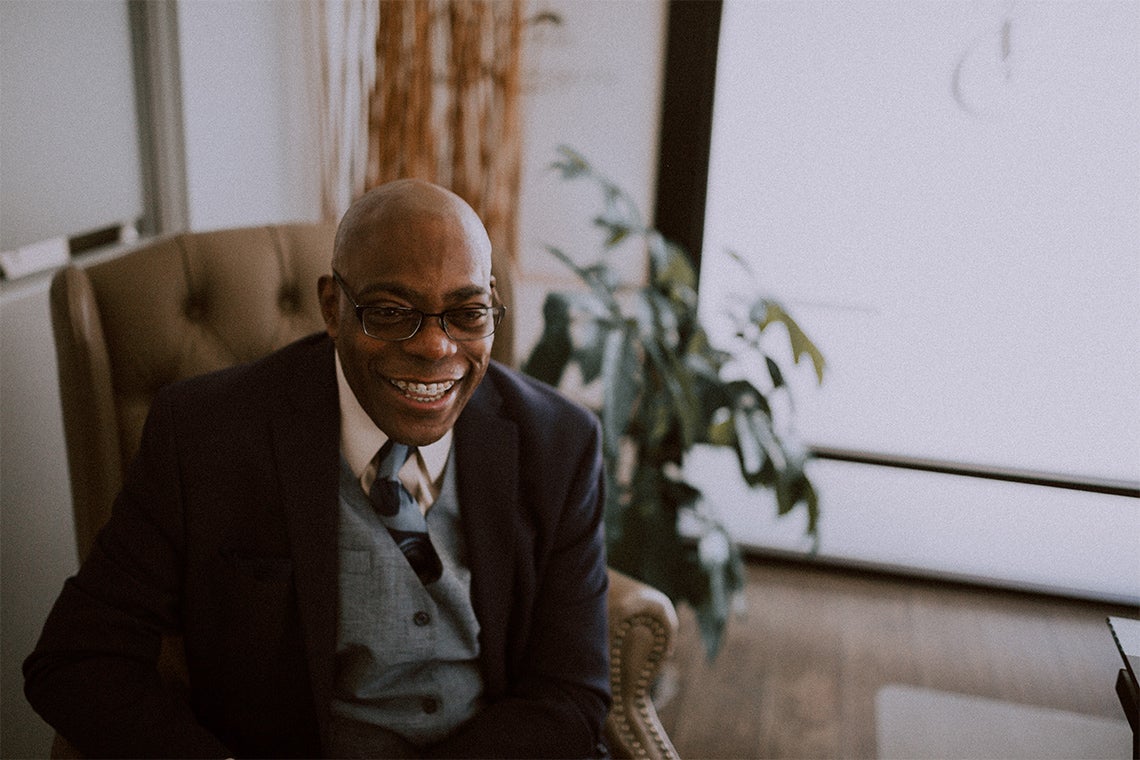 Lesra Martin, an Innis College alumnus whose remarkable journey was captured in the 1999 movie The Hurricane, helped establish a 'changemaker' award to recognize students contributing to Black excellence and inclusion (photo by Richelle Marie Photography)

But his life changed forever after a chance encounter with a group of socially minded entrepreneurs who offered to take care of his education. With their backing, Martin moved to Canada, completed high school and earned a degree in anthropology from the University of Toronto.

Today, Martin is a highly respected civil lawyer in Kamloops, B.C., a writer and motivational speaker – and he wants to pay it forward.

At U of T’s Innis College, where he was a student, he has helped establish the Lesra Martin Student Changemaker Award, which recognizes the efforts of students whose scholarly achievement or extra-curricular initiatives contribute to Black excellence and inclusion.

“Education has been the key to my future,” Martin says. “When I was a young boy, I couldn’t read or write at the age of 15. Because of the help and kindness of some strangers who came into my life from Toronto, I went on to obtain an education – that no one could take away from me – and become a lawyer.”

Martin is perhaps best known for helping bring about the release of imprisoned boxer Rubin “The Hurricane” Carter, a campaign he began as a teenager. After hearing Carter's story, Martin began corresponding with the boxer – who was convicted of a triple-murder but had maintained his innocence – before visiting him in prison.

Convinced of Carter’s innocence and inspired by his courage, Martin urged his Canadian foster family to help him fight for the boxer’s release. They were ultimately successful, with Martin’s involvement in the case depicted in the 1999 movie The Hurricane, starring Denzel Washington as Carter and featuring Vicellous Reon Shannon as Martin. 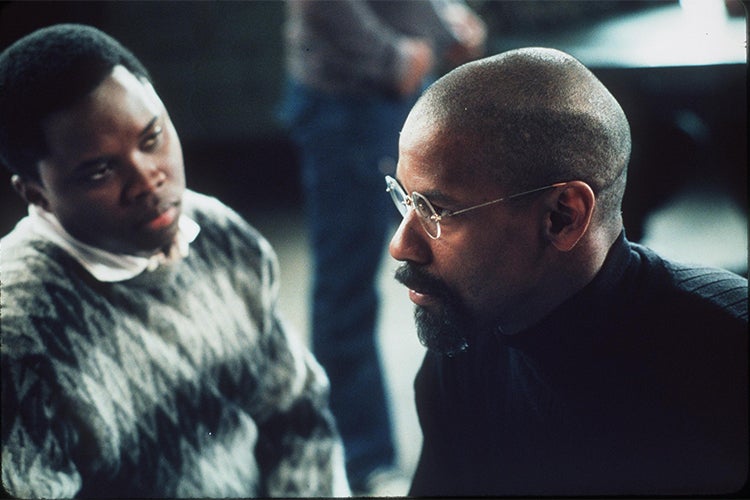 Between his Canadian mentors and Carter, Martin says he’s been fortunate to receive guidance and inspiration from unlikely places.

“They literally changed my life,” Martin said. “I wanted to be able to give something back because of what these strangers did for me, and I thought the Changemaker Award would be an awesome way to start.”

Charlie Keil, principal of Innis College, says the award – valued at around $1,000 for each recipient – was created as the college looked to re-examine how it was serving Black students in the wake of the murder of George Floyd and the resurgence of the Black Lives Matter movement.

“Out of that was born the Black Student Experience Working Group at Innis, and a series of conversations with Lesra Martin about how best to recognize Black students who are making a difference,” Keil says.

“Lesra’s commitment to social justice and the value of education, particularly for Black students, helped fuel this initiative. The Changemaker Award is designed to reflect Lesra’s values, while also shining a light on the formidable achievements Black students are making on and off-campus.

“I am so proud of Francisca Wiafe-Amoako and Kassia Neckles, the inaugural recipients of the award, as they epitomize the engaged Black students that we want to see celebrated.” 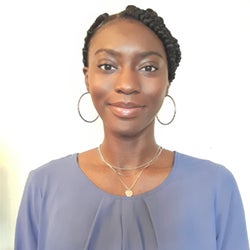 Wiafe-Amoako, who graduated this spring, founded U of T’s Afro-Dance and Culture Club, a student club that offers Afro-dance workshops and promotes African diasporic culture through music and dance.

She says she was actively involved in Afro-dance and cultural programs in high school but couldn’t find a club specifically geared towards her interests when she reached university. So, she decided to start one herself in 2019.

“Myself and other students who I’d spoken to were very interested in having a space where we could enjoy listening and dancing to Afro-beat music,” she says. “That was the motivation – the desire to fill a gap that we felt was missing on campus.”

Originally set up as a dance-focused initiative, the club has since evolved to include activities such as discussions on a range of topics pertaining to African and Black culture.

“It’s become like an all-round cultural hub for us,” Wiafe-Amoako says. “So many students have benefitted from the networking that it has provided, and the safe space it has provided for us to enjoy our culture and share our culture with others who aren’t from that background.”

This fall, Wiafe-Amoako will move to Baltimore to pursue a master’s degree in nursing at Johns Hopkins University. But she hopes the Afro-Dance and Culture Club will continue to reach new heights.

“Even though I created it, it wasn’t just ‘something Francisca likes’ – it’s something multiple students expressed an interest in, so the longevity of the club would be a great testament to the fact that this club was something people really wanted,” she says. “I would love to come back and visit U of T in 10 to 15 years and see the new generation of the Afro-Dance and Culture Club.” 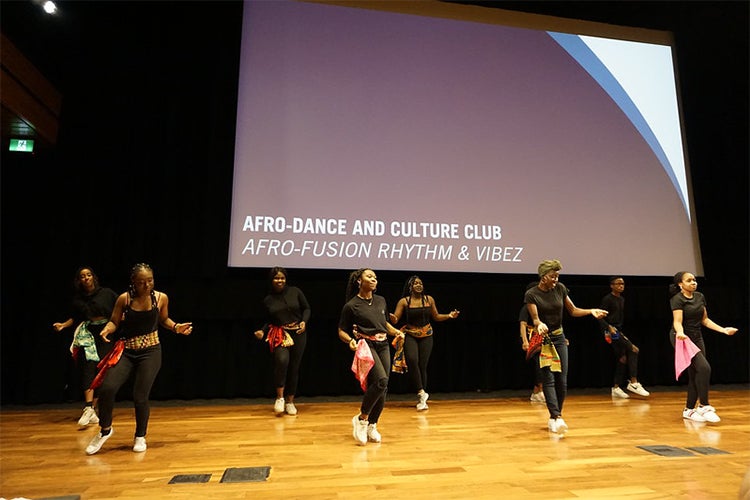 For Wiafe-Amoako, winning the Lesra Martin Student Changemaker Award capped off a momentous month that also saw her graduate from U of T’s Faculty of Arts & Science with a double major in neuroscience and physiology, as well as a minor in Spanish.

She was also selected to represent Innis College as a divisional ambassador during U of T’s virtual spring convocation.

“I feel like I’m on cloud nine,” she says. “There are so many Black students who are doing things and having great impacts in their communities, but don’t receive recognition for the work that they do. So, it’s been really affirming and I feel really privileged not just to be a recipient of the award, but one of the inaugural recipients.” 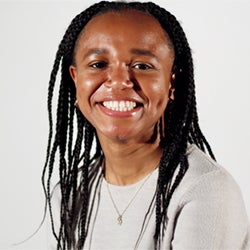 Neckles, a fourth-year Innis student majoring in cinema studies and English, was recognized with the award for her publications analyzing race, representation and portrayals of Blackness in film.

In Filmdaze, an independent publication, she discussed the impact of the 2006 film Akeelah and the Bee on her upbringing and identity. The film is about a young Black girl preparing to compete in the National Spelling Bee.

“I saw so many echoes of myself in Akeelah that it was almost overwhelming,” Neckles wrote in Filmdaze. “Just like me, Akeelah was unambiguously Black, wore glasses, and was opinionated and honest. This was the first time I watched a coming-of-age film in which I felt seen and, as a result, my own coming-of-age felt validated. For once, the love I had for this medium was reciprocated.”

Neckles says that, as a film student and Black woman, she’s long been interested in portrayals of Blackness in film – or the lack thereof.

“I would not go as far as saying that the representation of Black people in film will enact systemic change, but I do think it is nonetheless important and potentially transformative for Black people to be able to see themselves on screen,” she says.

“It can be very easy for me to undermine my efforts and work as inconsequential – both as a single person in a world of billions and as a Black person in a world so rife with anti-Blackness,” she says. “This award, in a sense, assures me that my efforts to support my community and inspire change are not entirely futile.”

Neckles adds that she hopes future recipients of the award will be provided with a similar boost for their own ambitions.

“I am only an inaugural recipient of this award, which means that there will be so many more recipients after me who will be rightfully recognized,” she says.

“Awards like these – that not only award people in name but monetarily – are examples of meaningful support that can contribute to real change… I cannot wait for this award to help more people.”

Going forward, Neckles says she plans to graduate next year, and plans to continue pursuing her education, film journalism and creative writing.

“My ultimate goal is to create content that gives voice to Black people, whether that is through films, novels, or otherwise,” she says. “Whatever I end up doing in life, I just want to make sure I am helping others and supporting my community – even if in a small way.”

Martin says both Neckles and Wiafe-Amoako are a testament to the energy, creativity and optimism of the next generation.

Martin adds that he hopes the award will help its recipients in their endeavors and inspire them to lend a helping hand to others.

“I hope that everyone who ultimately receives this award will, at some point in their lives, have the opportunity to pay it forward, embrace it, make the best of it – and keep on keeping on.”