Higher cigarette prices would save millions of people, especially poor smokers: U of T leads study 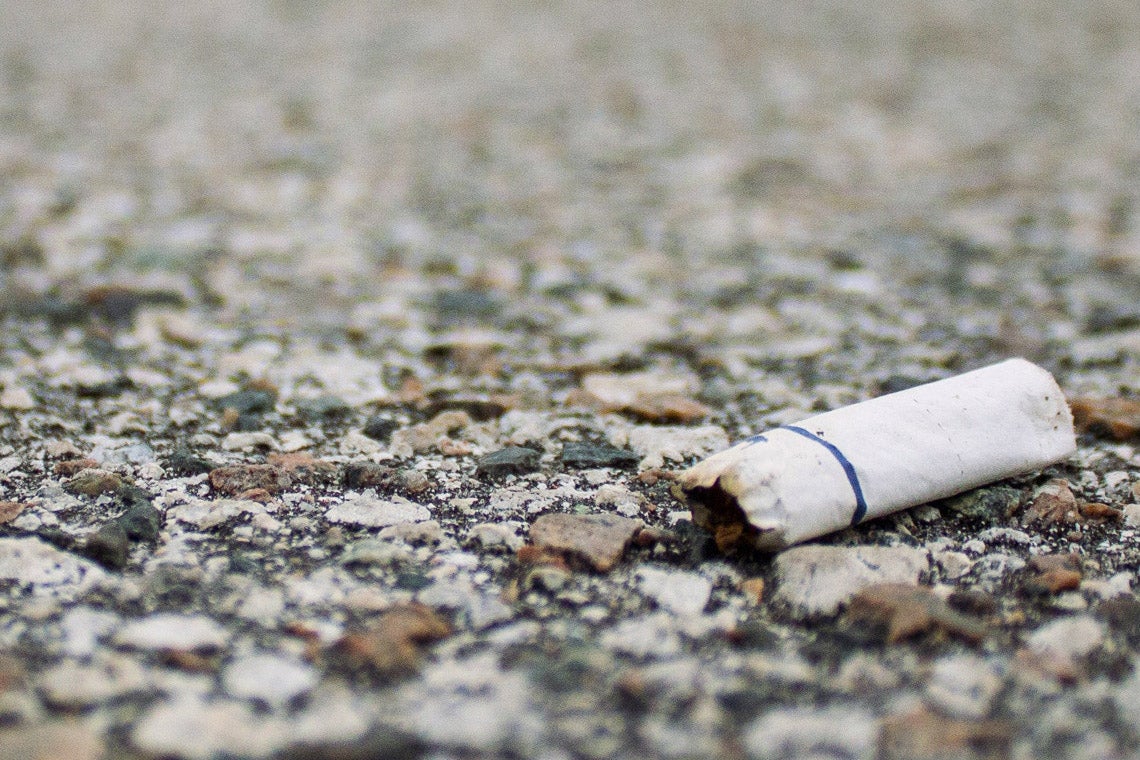 Photo by Andrew Pons on Unsplash

Higher cigarette prices would save millions of people from extreme poverty and poor health around the world, while also cutting health treatment costs for families across the globe, suggests a new study.

The analysis, led by U of T Professor Prabhat Jha and the World Bank's Patricio V. Marquez, concludes that people with lower incomes would benefit the most from higher cigarette prices. Examining 500 million male smokers in 13 countries, they found that a 50 per cent increase in the tobacco excise tax would result in 67 million men quitting smoking, with the largest share being low-income men. It would also reduce years of life lost and decrease the risk of high medical costs.

The study was published this week in The BMJ. It adds to a growing body of knowledge that tobacco taxes, which are not implemented globally, have significant health benefits. “Our study debunks the current narrative that higher cigarette prices would negatively impact the poorest among us,” said Dr. Jha (pictured at left), a professor of epidemiology at U of T's Dalla Lana School of Public Health.

“This analysis shows the opposite – a higher price would encourage cessation, lead to better health and save money, much more strongly for the poor than the rich.”

Small steps taken by governments can lead to unprecedented health gains and poverty reduction, he added.

Read about the research at Fortune

The higher price would lead to 15.5 million men avoiding catastrophic health spending in the seven countries studied without universal health coverage, according to the study. This would result in 8.8 million men avoiding extreme poverty, half of whom are in the bottom income group.

Despite more awareness of the risks, Jha said, if nothing changes, smoking will be responsible for one billion deaths in the 21st century. Most of these will be in low- and middle-income countries. Previous research by Jha, who is also director of the Centre for Global Health Research of St. Michael’s Hospital, has shown that raising taxes on tobacco is the single most effective intervention to lower smoking rates and to deter future smokers.

Building on his earlier research, Jha and the team undertook this new analysis to understand the true impact of higher cigarette prices around the world. They conducted an assessment across 13 middle-income countries with diverse socioeconomic characteristics, tobacco use and health-care coverage. Focusing on male smokers – who make up 90 per cent of smokers in the selected countries – the researchers used mathematical models to quantify the effect of a 50 per cent increase in prices.

“The findings of our new analysis will have a far-reaching impact,” said Marquez, the lead health specialist at the World Bank. “Not only does increasing tobacco taxation reduce smoking and its health consequences, but the study’s findings are also relevant to the United Nations sustainable development goals to reduce poverty and improve health.”

The study was supported by the Fogarty International Center of the U.S. National Institutes of Health, the Dalla Lana School of Public Health, Canadian Institute of Health Research, the Bill & Melinda Gates Foundation, Bloomberg Philanthropies, and the International Development Research Centre.