Gender equity at the University of Toronto 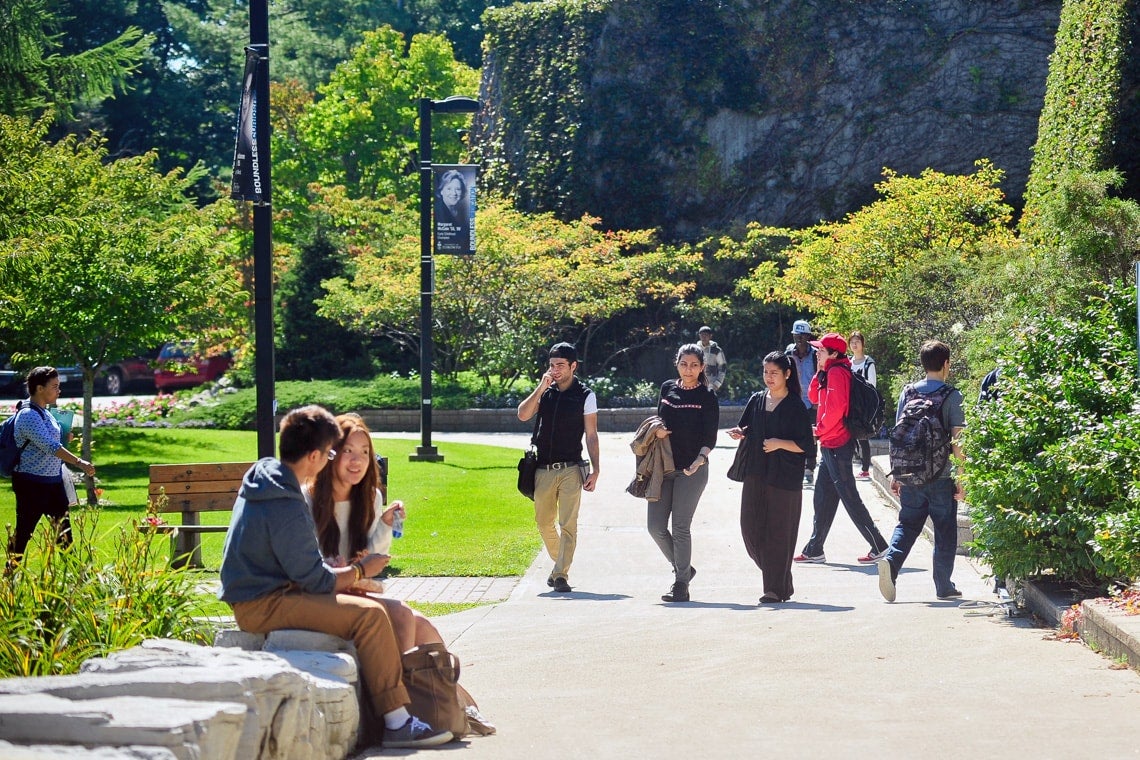 “We have an incredibly rich diversity of students, and we want to ensure our faculty and staff more closely reflect our student body," Vice-President and Provost Cheryl Regehr says (photo by Ken Jones)

The University of Toronto released a report today that shows how far the university has come in hiring, retaining and promoting female faculty in the past decade – and identifies areas where women continue to be under-represented.

“A great international university is strengthened when we have the views and talents of a broad, diverse range of people committing to the generation of knowledge and the teaching of our students,” said Vice-President and Provost Cheryl Regehr.

“We have an incredibly rich diversity of students, and we want to ensure our faculty and staff more closely reflect our student body so that our students can find inspiration about the kind of opportunities that are available to them.”

Regehr said she expects the data in the Gender Equity and Pathways to Leadership report to trigger conversations across the three campuses, helping administrators improve the gender makeup of their faculty.

It’s just one of several initiatives underway at the university addressing diversity in U of T’s faculty ranks, Regehr said, adding the university plans to release updated data annually, along with race-based statistics once those become available.

“You can see different disciplines which have long struggled to attract women, as well as some divisions that traditionally have more gender disparities in the ranks between men and women. That data is now at the disposal of divisions to use when they’re doing their academic planning. We’re keen to support academic divisions so they can do that analysis, make those priorities, and have the strategies to ensure that they can attract the most diverse pool from which to hire and retain outstanding faculty.”

Other initiatives include a University Fund allocation, launched by the provost’s office in the spring, setting aside $1.5 million to help departments pay for salaries of diverse faculty from under-represented groups who are hired this year, particularly Indigenous faculty, racialized faculty, and women in STEM fields. Twenty positions were filled almost immediately, and another 10 positions were added.

The university has also joined the National Center for Faculty Diversity and Development, which provides support for junior and mid career faculty, as well as graduate students. This organization offers many resources for women and racialized faculty in fields where there may be few. An updated employment equity survey has also begun to collect data on race.

A cadre of faculty is emerging who are available to speak to their colleagues across the university, especially to hiring and search committees, about unconscious bias and how it affects hiring decisions. The presentations include research showing how institutions such as the Swedish Medical Research Council found bias in selection processes and how the council is addressing the issue.

Connections and Conversations, a group for racialized U of T staff and their allies, was also launched recently, hoping to spark discussions about topics like racism and equity.

Read more about Connections and Conversations

“In a complex, large organization like ours, no single solution is going to help us achieve this broad goal,” Regehr said. “The strategies we have are multifaceted.”

So far, the gender equity data gathered focus on faculty in the tenure stream, with some information about clinical faculty and academics in the Faculty of Medicine. Data on the teaching team will be added later.

The report shows the percentage of women in U of T faculty increased from 30 per cent to 35 per cent over the decade. There were almost 200 more women employed as full-time tenure/tenure-track faculty in 2014-2015 than 10 years earlier. Over the 10-year period, the percentage of women increased across the ranks of professor, assistant professor and associate professor – with the positions of assistant and associate professor approaching gender balance.

Where women remain under-represented is among senior faculty ranks, especially in full professor rank positions. It’s an area the university is tracking closely.

“That’s not one that can be fixed quickly,” Nelson said. “That is a generational issue. That’s why we really need to monitor the data on gender at the assistant and associate rank, and keep track of that.”