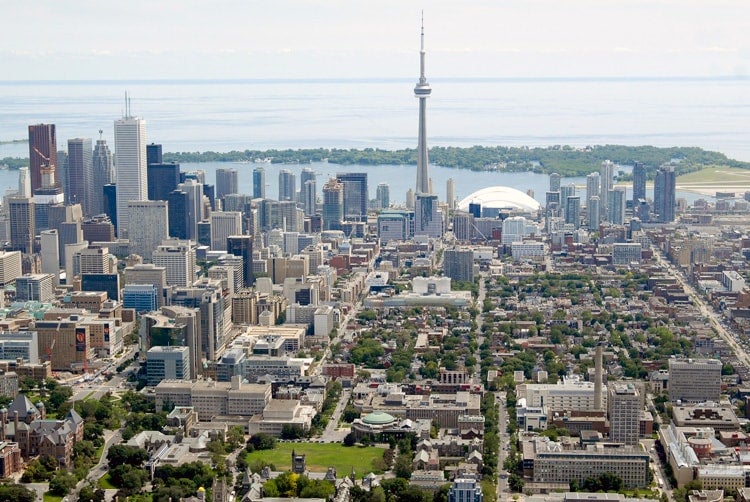 The Greater Toronto Area is one of the most diverse urban regions in the world (photo by Ken Jones, U of T Scarborough)

The University of Toronto is seeking more information about the diversity of its faculty and staff with a new voluntary survey sent to more than 27,000 employees at the beginning of July.

The updated employment equity survey is the first revision of the questionnaire in a decade and the result of more than a year of consultations. It includes new language as well as new questions designed to increase the university’s understanding of the makeup of its workforce and highlight areas where recruiting efforts need to be improved.

“The language was old-fashioned and it was about time it changed,” said Angela Hildyard, vice-president of human resources and equity.

U of T is one of the first universities to collect such detailed information about staff and students, she said. Without it, there is no way for the university to know the extent to which faculty and staff reflect the community and the students they serve.

Such information will be valuable, she said, in targeting recruiting efforts and tailoring support to groups of employees.

“I am so pleased that the university is able to do this,” Hildyard said. “We should be proud.”

This is an important step, she said, if you believe, as the university does, that equity and diversity are linked to excellence.

Read more about diversity about U of T

Among the many changes to the survey is the ability for respondents to self-identify according to their gender and gender identity, rather than presenting them with a choice of male or female.

In response to feedback, the survey also offers two terms - “racialized persons / persons of colour” – in place of “visible minority” and allows respondents to self-identify as an Indigenous/Aboriginal person of North America. It also includes questions on visible and non-visible disabilities and allows respondents to self-identify with multiple ethnic backgrounds and racial identities. Several questions allow respondents to pick more than one answer, to indicate that they choose not to answer, or to write in a response.

Hildyard said response to the university’s employment equity survey has traditionally been in the 80 per cent range and she is hoping to meet or exceed that target with the new survey, which began arriving in the inboxes of all staff and faculty on July 4. The first report based on the new data is expected next year.