G7 leaders meet at U of T, appear unified against Russia 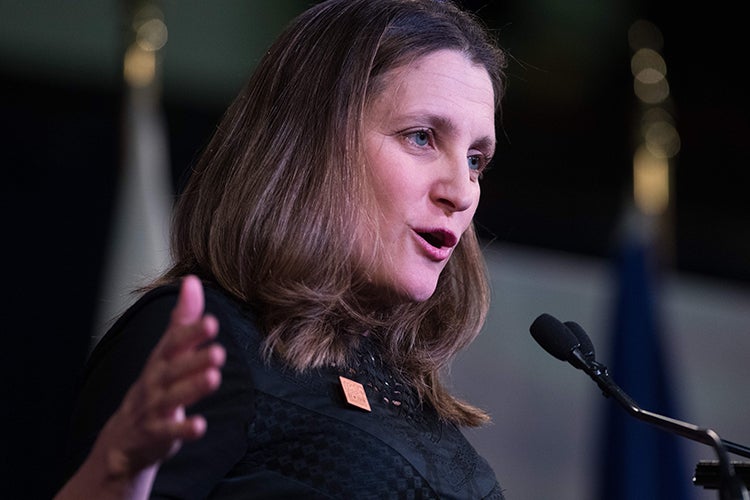 G7 foreign ministers in Toronto on Monday called out Russia for its interference of democratic institutions with disinformation campaigns, its suspected nerve agent attack in the United Kingdom and giving the Assad regime “the green light” for using chemical weapons in Syria.

At a news conference at the University of Toronto’s Convocation Hall, Canada's Minister of Foreign Affairs Chrystia Freeland said she and her G7 counterparts spent a considerable amount of time over the last two days focused on Russia. The gathering of G7 foreign and security ministers has been taking place over the last two days in mostly closed-door meetings at the University of Toronto.

On the agenda: Syria and the air strikes following a suspected chemical weapons attack by the Assad regime, the Iran nuclear deal, talks with North Korea, Venezuela, the Rohingya conflict and recent concerns about Russia.

“We all shared deep concerns about what we agree is a wide pattern of unacceptable behaviour, including the despicable nerve agent attack in the U.K.,” Freeland said at a news conference Monday afternoon following the morning's deliberations.

"I think one of the interesting things about what is going on at the moment is Russia is so unbelievably clever at sowing doubt and confusion and spreading all this fake news to muddy the waters,” he said during a media availability. “So, we think there is a role for the G7 in just trying to provide some clarity about what we all collectively think the Russians are doing in terms of maligned behaviour."

The G7 foreign ministers agreed to put together a proposal for the upcoming G7 leaders summit in June in Charlevoix, Que., for a working group on defending democracies against disinformation. 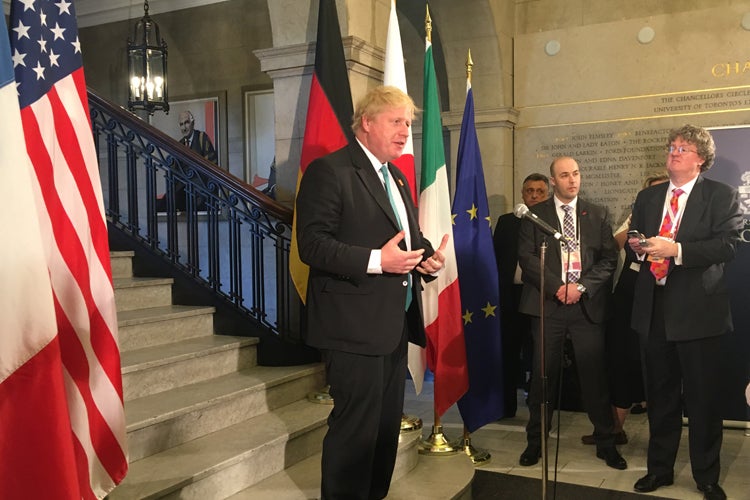 U.S. Deputy Secretary of State John J. Sullivan, who is the acting secretary of state while Mike Pompeo awaits confirmation by Congress, touched on how the group was once called the G8. That was before Russia was removed from the group following the annexation of Crimea, and before the war in Eastern Ukraine and its involvement in Syria.

“We’re committed to addressing all of the abhorrent behaviour that we’ve witnessed particularly recently by Russia,” Sullivan said, pointing out recent U.S. sanctions against Russian oligarchs and the expelling of Russian diplomats.

“We’ve taken action to stand with our G7 allies in confronting Russian maligned behaviour wherever we see it,” he said, adding that the U.S. still wants to work with Russia “in areas where we can,” including counterterrorism.

John Kirton, a professor of political science and co-founder of the G7 research group at the Munk School of Global Affairs, said what came out of the meeting this weekend is a renewed focus on Russia.

“The message from Toronto, from the G7 foreign ministers, is that Russia is back as Global Public Enemy No.1,” he said. “There’s an extraordinary degree of unanimity amongst the G7 in the face of the Russian threat, which is all the more remarkable because there had been grave doubts about the president of the United States to call out President Putin by name.”

He also said he was surprised by the group’s commitment on Myanmar and agreement to view the migration crisis there as a human security concern. The U.S. announced at the news conference that it will be providing an additional $50 million for UN-led humanitarian aid for Rohingya refugees in Bangladesh.

Freeland also mentioned that she had shared the contents of special envoy Bob Rae’s recommendations on Myanmar with her foreign counterparts. The former Ontario premier and former interim leader of the federal Liberal party, who teaches at the Faculty of Arts & Science, was tapped by Prime Minister Justin Trudeau to look into the ongoing “humanitarian and security crisis” in the region.

Kirton said with Trump's stand against climate change and opposition to existing trade agreements like the North American Free Trade Agreement (NAFTA), G7 had begun feeling a lot like G6 versus the U.S. But that appears to have now changed, he said.

“All signs are it’s one G7 again – that it’s back. There’s some reason to believe that spirit of solidarity from Toronto will carry through to Charlevoix.”