From foreign development to climate activism: Meet U of T’s 2019 Loran Scholars 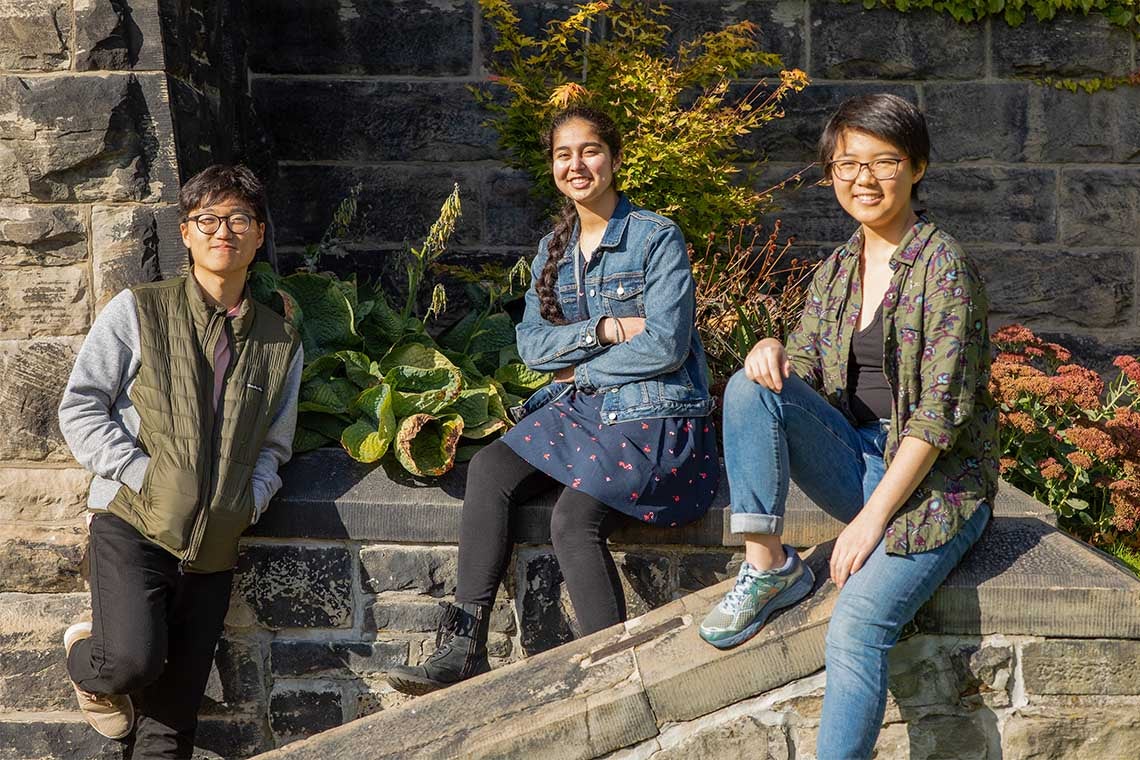 From left to right: Chan-min Roh, Abnash Bassi and Shiqi Xu (all photos by Johnny Guatto)

Chan-min Roh, Shiqi Xu and Abnash Bassi are three students who have shown leadership in high school and made a difference in their communities.

Now, the University of Toronto has welcomed them as Loran Scholars.

The three students were among just 35 students selected by the Loran Scholars Foundation from over 5,000 applicants for the prestigious scholarship program in 2019.

Offered to high school students in their graduating year with a minimum cumulative average of 85 per cent who demonstrate “character, service and the promise of leadership,” the Loran Scholarship is valued at $100,000 and includes matching tuition waivers, an annual stipend of $10,000 and funding for summer internships.

Now, almost two months into their first year at U of T, here’s a look at the journeys taken by Roh, Xu and Bassi to become student leaders: 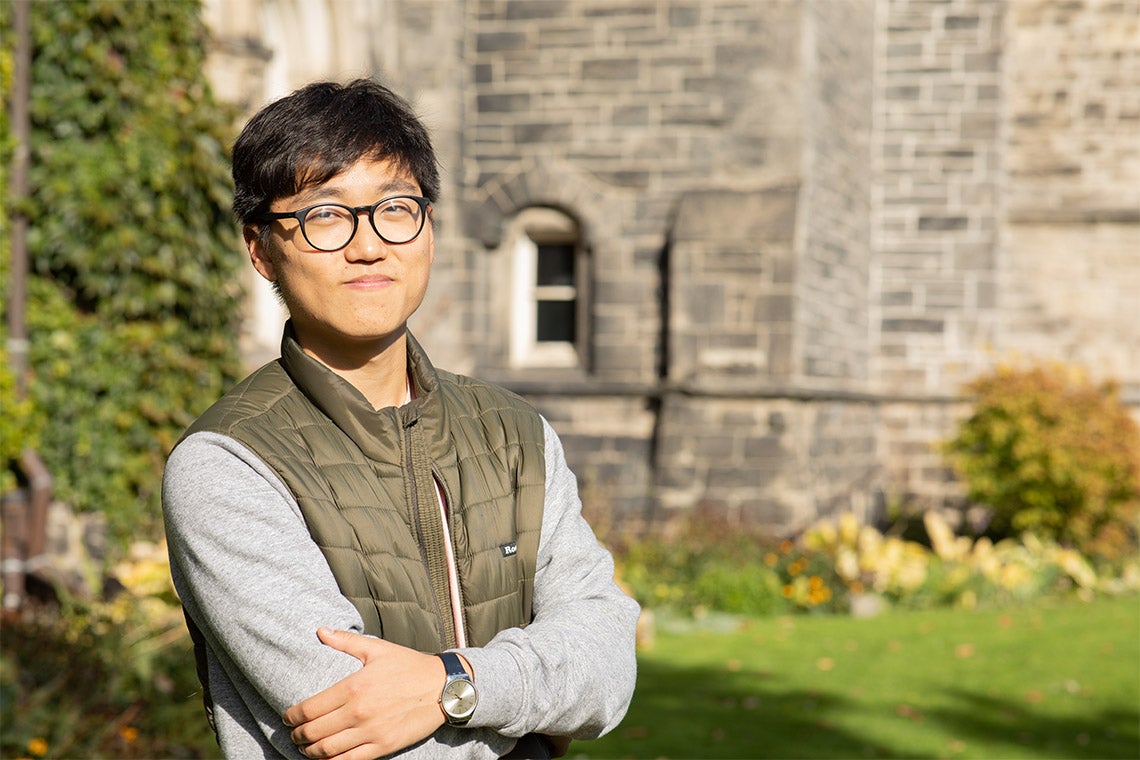 Roh, a Victoria College student, has a keen interest in politics and diplomacy. He was on the leadership team of the Saskatchewan Youth Parliament. As captain of his debate team, he participated in debate conferences as far away as Finland and China and says debate and public speaking “has been a big part of my life.”

He also travelled to Tijuana, Mexico with his church to build houses for local families and was the captain of his soccer team.

Roh, who is currently in the Munk One program, says the small class options for first-years drew him to U of T.

“The Munk One allowed me to experience not only the big school environment of U of T, but also the small classroom setting,” he said.

Roh is considering majoring in political science or contemporary Asian studies and hopes to one day work in the field of public policy or diplomacy.

Continuing his passion for debating, Roh has joined Hart House Debating Club. He is also involved with U of T’s chapter of the HanVoice Support Association, an advocacy group for North Korean human rights, and a taekwondo club. 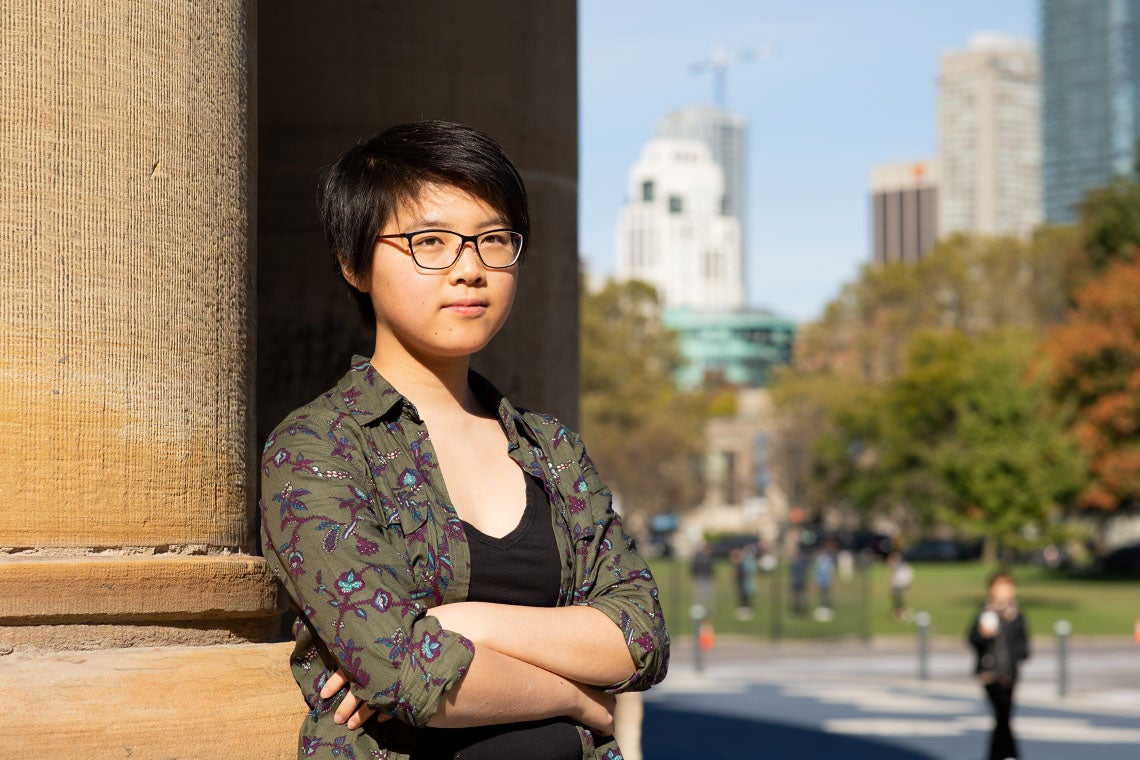 Xu was student council president in high school and played piano for her school choir. Her passions also lie in animal rights and environmental issues.

She started a club that worked with the food service provider in her school’s cafeteria to develop and promote “Meatless Monday” specials and increase the number of plant-based food options.

“Eventually, that spread to a school district-wide level as well,” said Xu. “We connected with kids at other schools, where the same food service provider – Amaga Food – was incredibly supportive of the initiative and began serving specials at all the schools.

“We saw the sales increase as kids began to make more conscious food choices, whether it was for health, environmental, ethical or personal reasons.”

Xu’s activism was also trained on animal dissections. After she found out some students had a difficult time opting out of the animal dissection assignment in biology classes, Xu got over 250 of her peers to sign a petition calling for an opt-out policy on dissections and brought the demand forward to her school board, which resulted in her school district implementing a student-choice policy.

At U of T, Xu is in the engineering science program and has already gotten involved in the U of T Aerospace Team and the Chestnut Residence Council social commission. 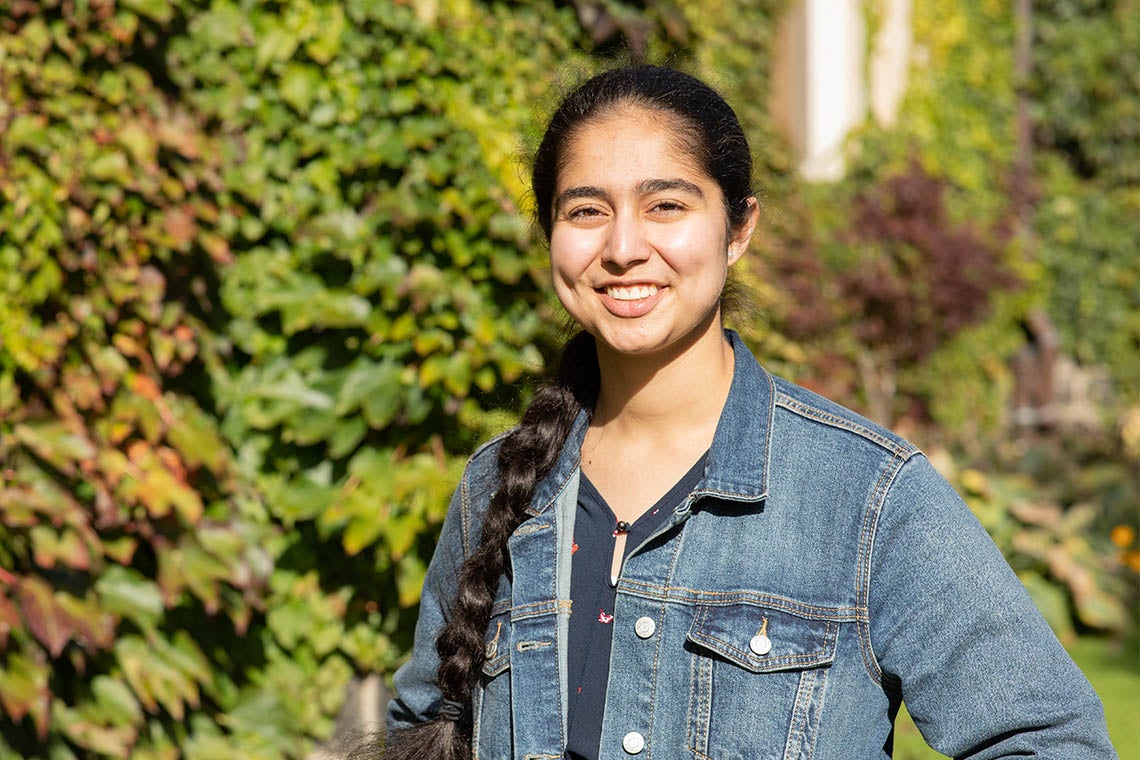 Passionate about renewable energy and environmental issues, Bassi was drawn to U of T by the sense of community and the multidisciplinary nature of the engineering science program.

“I found it particularly interesting that, even in such a large community where there’s three different campuses and each campus is pretty large, there’s an ability to foster a sense of community across so many students,” Bassi said.

As a high school student, Bassi was a climate action fellow with Be the Change Earth Alliance, a Vancouver-based charitable organization, and was co-president of her high school’s sustainability club.

“For me, growing up, my family always placed an emphasis on the interactions that I have with my surrounding environment,” she said.

In her first year at U of T, Bassi has gotten involved with Engineers Without Borders, the U of T Aerospace Team and marched with fellow U of T students during the climate strike in September.