Food as therapy: U of T health-care symposium tackles questions about diets, nutrition 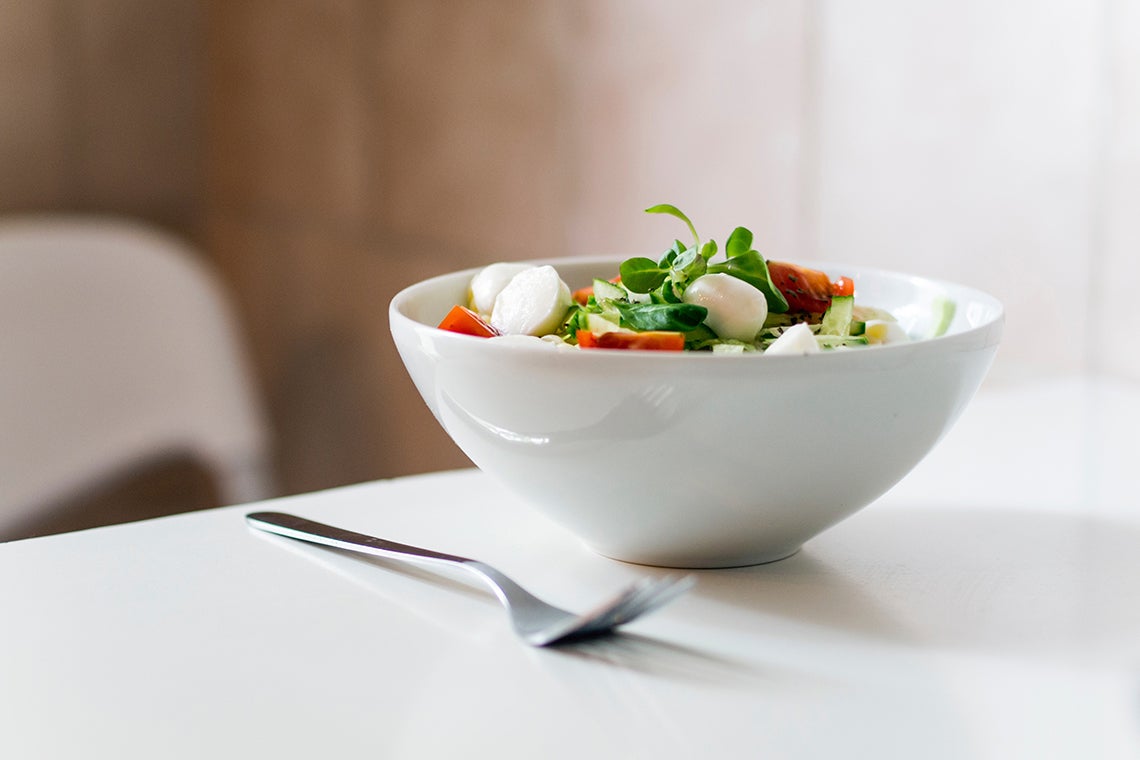 The Food as Medicine event drew over 170 physicians, dietitians, researchers, pharmacists and other health professionals who were looking to update their nutrition knowledge (photo by Eszter Biró via Unsplash)

Health professionals from across Canada attended a recent University of Toronto conference to hear research and practical advice on nutrition and aging, fats, sugar, the ketogenic diet and gluten sensitivity, among other hot topics.

The 2018 Food as Medicine Update, hosted by U of T and St. Michael's Hospital at the Li Ka Shing Knowledge Institute, drew over 170 physicians, dietitians, researchers, pharmacists and other health professionals – and many more online – who were looking to update their nutrition knowledge.

“Last year’s conference was focused on basic research, so we tried to offer a broader perspective this time with more clinical takeaways, and that seemed to resonate,” said John Sievenpiper, an associate professor in U of T’s department of nutritional sciences and a researcher at the Joannah & Brian Lawson Centre for Child Nutrition, which co-sponsored the event.

Originally created to address a knowledge gap when it comes to the role of nutrition in patient care, the Food as Medicine symposium addresses the growing interest among physicians in theraputic diets for chronic disease prevention.

Discussions at the 2018 event were lively, as attendees lined up to ask questions and provide comments following speakers' presentations.

A talk on the ketogenic diet by Jennifer Sygo, a dietitian and sports nutritionist with Cleveland Clinic Canada, generated particular interest. Attendees asked about the keto diet’s safety and long-term effects on weight loss, given that it typically involves a radical reduction of carbohydrate intake and a large increase in fat. The unconventional combination spurs a metabolic state called ketosis, which can lead to efficient fat burning and a greater supply of energy for the brain.

Sygo, who is also the team dietitian for the Toronto Maple Leafs and Toronto Raptors, said there is little evidence the keto diet is a sustainable way to maintain a healthy body weight over time. But she said she's seen significant improvements in cognitive function in some of her clients with brain injuries.

Sygo noted Google searches on the diet have skyrocketed since 2016, rivalling veganism as the most-researched diet trend online.

Kristie Srichaikul is a member of the Food as Medicine steering committee, a family physician in Toronto and a research collaborator at St. Michael’s Hospital. She said the event provided answers to several common questions that patients ask in her practice.

“There is a lot of mixed messaging out there around what to eat, so people ask about specific diets, or they may want more universal advice,” Srichaikul said. “But it’s important to draw on credible, peer-reviewed, published evidence as a clinician. Tailoring nutritional advice to individuals is also a good strategy, as patients can incorporate these changes into their day-to-day routine easier.

Srichaikul said she emphasizes therapeutic dietary patterns such as the low glycemic index, Mediterranean and portfolio diets with her patients because clinical trial evidence has shown they can lower cardiovascular disease markers. The wide variety of food choices in these patterns can also accommodate individual tastes and cultural differences.

“I like a holistic approach that focuses on whole foods, which gives patients options and flexibility,” Srichaikul said. “For example: more dahl and less rice, and don’t beat yourself up. Food should be fun and tasty.”

The event also featured a talk by David Jenkins, a professor in U of T’s departments of nutritional sciences and medicine, and a staff physician at St. Michael’s Hospital. Jenkins spoke about value of plant-based diets for disease prevention and planetary health.

The conference was supported by the Lawson Centre for Child Nutrition, U of T's department of nutritional sciences and the U of T Faculty of Medicine's continuing professional development office in partnership with St. Michael’s Hospital, Margaret Rundle and Stephen Lister.