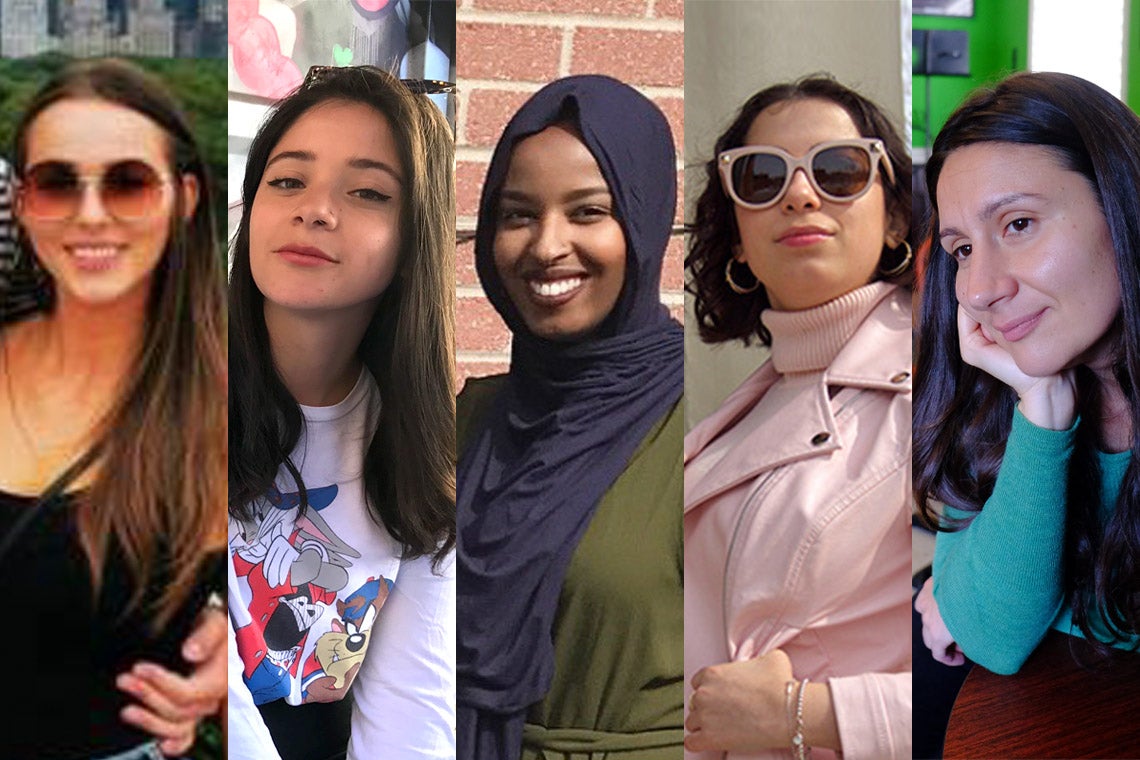 Five of the incoming students at the Faculty of Law: from left, Hunter Carlson, Julia Pimentel, Ifrah Farah, Elsie Tellier and Alina Valachi

Meet five new members of the Class of 2022 at the University of Toronto’s Faculty of Law. They are women who took very different paths to end up at the same destination – law school. 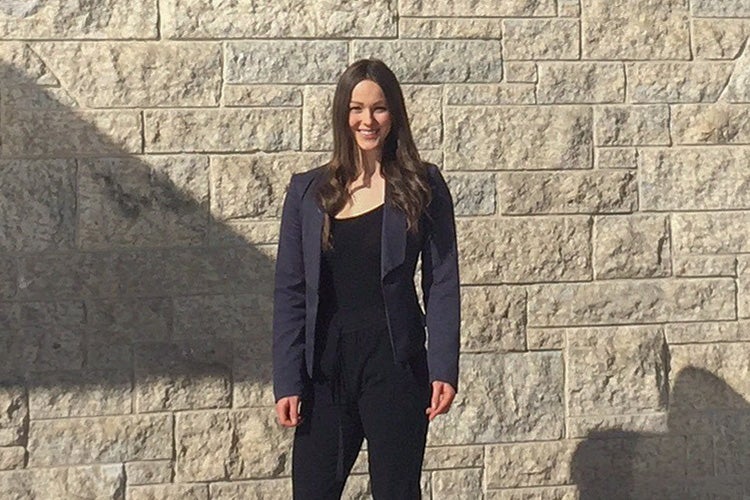 “Absolutely not,” she says. “For as long as I can remember, I wanted to be a biologist. I didn’t think much beyond that while I was doing my undergrad.”

She was so serious about biology, she pursued an honours degree and spent a year researching the impacts of environmental change on vulnerable aquatic species in Manitoba’s Delta Marsh. The strength of her thesis and high academic standing earned her two prestigious undergraduate prizes, including an Aboriginal NSERC award for her research in biology. Carlson is a Red River Métis.

“I really enjoyed the data analysis. I loved doing the stats and I loved writing the thesis, but I wanted to see where it would go afterwards, because I did find some statistically significant results during my research,” Carlson says. “I was interested in the application on policy and conservation management. But what I learned was that as a scientist, that was beyond my jurisdiction.”

That revelation threw Carlson’s lifelong plans into disarray. Knowing that just doing research would never satisfy her and that she wanted to see how her research would effect change forced her to carefully consider other options. “That led me to become interested in law school,” she says. “I wasn’t sure I’d be able to make the switch. It was about a year-long process of deciding that’s what I wanted and studying for the LSAT.”

At the same time, Carlson began working as a research associate for the Centre for Indigenous Environmental Resources — a First Nation-directed nonprofit supporting sustainable Indigenous communities. “That was a really nice segue into switching out of science and into law,” she says. 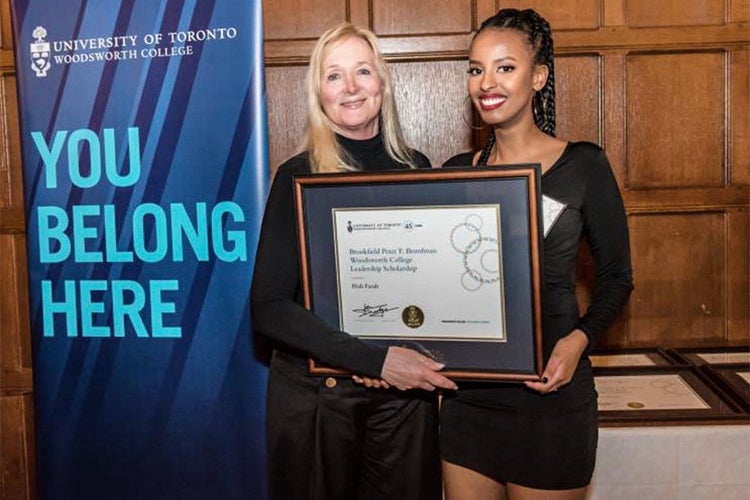 While most of her future law school classmates were working on their undergraduate degrees, Ifrah Farah was working to help her single mother support her seven younger siblings. The eldest daughter of parents who came to Canada as refugees from Somalia, Farah did a variety of jobs, including answering phones at a call centre, and handling security at shopping malls.

“I was raised in a single-parent household, and while school was a priority for me, helping out with my family took precedence,” she says.

Farah’s focus changed when she turned 23. She’d been a good student in high school, but felt anxious about returning to university after so many years away. With the help of U of T’s Academic Bridging Program, she completed one introductory summer class and enrolled in a bachelor’s program the following fall. She chose political science as her major.

“Hearing stories from my mom and relatives about what they experienced in Somalia, I always had an interest in figuring out how that happened,” she says. “I wanted to learn what contributes to a state’s collapse. I felt like it was a problem I wanted to solve, and hopefully go back to Somalia and be a part of the change and try to fix it.”

Farah, who’d grown up in a devout Muslim community in suburban Toronto, decided to double minor in anthropology and religion. She became involved at the campus Multi-Faith Centre, where part of her work shone a light on anti-Black sentiment within the Muslim community. “I encountered a lot of racism when I was in Islamic school as a child,” she says. “That surprised me and hurt me, because my identity as a Muslim was always so important to me.”

Among the issues that came up was the lack of Black student representation on the executive team of the Muslim Students’ Association and a general sense of under-representation among Muslim students on campus clubs. That led to the creation of a new community, the Muslim Justice Collective. 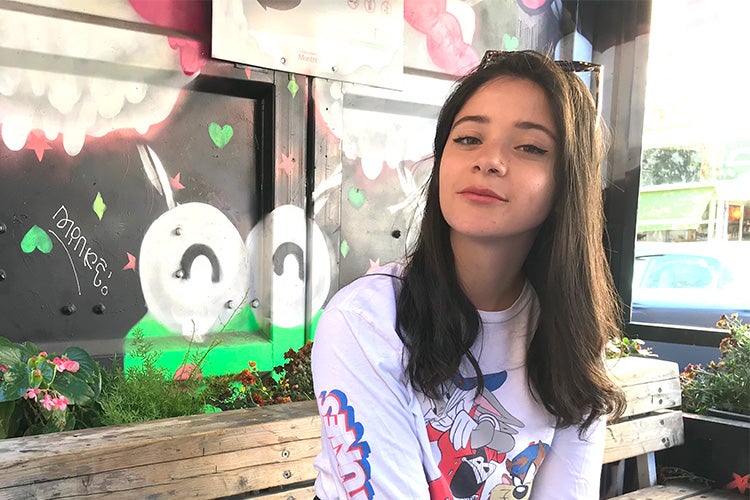 As the only child of a Brazilian diplomat and his wife, Julia Pimentel has lived an adventurous life. Her father’s job took the family from Italy to Brazil to the U.S., India and South Africa.

Even as a child, Pimentel was keenly aware that she was lucky and that her life could easily have been very different. “I was 12 and going to school in India, at an American school that had gates,” she says. “From the car going to school, I could see people outside who could have had even better opportunities than I had, but didn’t have them.”

That upbringing and its inherent privileges and pitfalls shaped the core of what drives Pimentel today. While her life as a “citizen of the world” left her more fluent in English than Portuguese and more familiar with European history than that of Brazil, it also left her unsettled and searching for a country she could really call home. “It has felt a bit rootless at times,” Pimentel says. “It’s sometimes hard to say I’m 100 per cent Brazilian because I just haven’t had the same experiences as someone my age in Brazil has.”

Pimentel’s sense of dislocation continued after she completed an undergraduate degree in London, and a master’s in journalism in New York. It also fuelled her desire to help refugees and immigrants – especially women – because in her own way, she identified with them.

Law school offered a way to make an impact. Canada’s open and diverse society appealed to her. And she came to know and love Toronto while her parents were posted here.

“U of T was my number one choice by far,” she says. “The clinics and the practical experience that the law school offered, not just on campus but all over the city, got me most excited.” 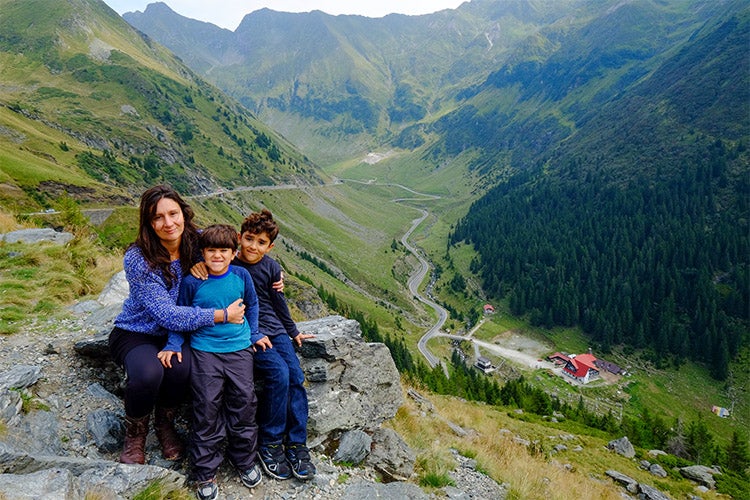 For Alina Valachi, the second time was the charm. Valachi, 37, had applied to the Faculty of Law once before, drawn by its specialized joint JD/MSW (Juris Doctor/Master of Social work) program. And although she wasn’t admitted, she was determined to try again.

“I truly pursued this joint degree because of the opportunities it offers to collaborate,” she says, referring, in her case, to the field of domestic violence, and the disconnect she observed in the professions involved. “I wanted to do a law degree to be able to bridge that gap.”

The roots of Valachi’s passion are deep and personal. She spent her childhood in Romania, ruled by a dictatorship that criminalized birth control and abortion. Both her mother and grandmother went to dangerous lengths to terminate unwanted pregnancies – her grandmother jumped off a roof. “They performed self-induced abortions. They didn’t feel safe visiting a doctor,” she says.

When she was 12, the family immigrated to Canada, settling in Montreal. But resettlement was difficult and both her parents began experiencing mental health challenges. By the time she enrolled in an electrical engineering program at McGill, Valachi’s father had become emotionally and physically violent with her and her mother. She found solace and support in her job at the university chaplaincy service, and in extracurricular volunteer positions.

“I guess as I was experiencing these challenges in my personal life, community work and the opportunity it offered me to build healthy relationships and create space for me to feel valued and respected, that became a lifeline for me,” she says.

Valachi completed her engineering degree but never pursued the profession. Instead, she moved to Ontario and began working in the social services field, first with the John Howard Society and then the Coalition for Persons with Disabilities. She earned a bachelor’s in social work and went to work at the Rexdale Women’s Centre, helping victims and perpetrators of domestic violence.

“I realized many of the victims were newcomers and didn’t have the legal knowledge they needed to safely exit the violent situations they were in,” she says. “As a social worker, I felt like I didn’t have the ability to support them with their legal issues.”

After volunteering at Toronto’s Barbara Schlifer clinic for abused women, Valachi decided she liked its collaborative model, but she wanted to improve on it. The JD/MSW is her path.

“I have a dream of taking it further,” she says. “I want to help agencies build collaborative approaches to ending domestic violence. I would love to see doctors and lawyers and social workers coming together in a close network to help members of this disadvantaged community.” 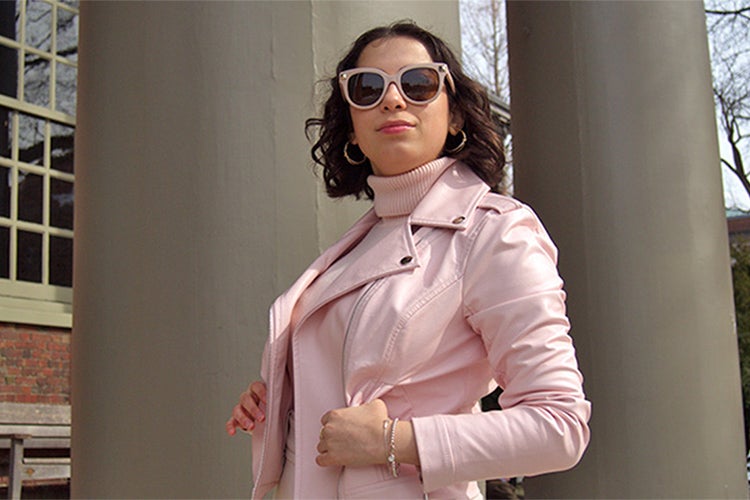 A life-threatening diagnosis would knock plenty of people down. Elsie Tellier, who got hers at age 12, aimed for the stars instead.

“I was pretty single-minded,” says the Harvard graduate who learned she had cystic fibrosis after years of battling debilitating, misidentified illness. “My life expectancy is better than what I thought it would be when I was 12. But on that first day, when I was told most people with CF don’t live past 30, I decided I needed a goal.”

Telllier’s mother died at her birth. She and her sister were raised by their father and their aunt, a physician who moved to Winnipeg from Mexico to help care for them. Growing up, she’d miss long stretches of school due to sickness, but she flourished nonetheless.

“When you’re sick I’d say you’re out of sync all the time. I dedicated myself to doing my school work and being home with my family,” she says.

A supportive community and modern technology helped. “Our school had one iPad from the library and my teachers would Skype me into class. My classmates would literally pass me down the hallway, transferring the iPad from class to class.”

At Harvard, Tellier resurrected and rebranded the school’s Disability Alliance after she learned, first-hand, that the university’s accommodations were severely lacking, and in some cases, illegally so. “Every other disabled student I found had a similarly bad experience. People were suing,” she says. “My first week, I ended up speaking to the dean of the college. I went straight to the top.”

Her leadership was so consequential, Tellier was recognized with a Harvard Foundation Award last year. She’s a force on social media as well. Her posts, tweets and snaps address everything from faith in the LGBTQ community, to travelling while disabled and to how to make a fashion statement with a wheelchair.

“My two main interests are child protection and disability rights,” says Tellier, who addressed both in her undergraduate thesis, which studied Manitoban foster parents and their experiences fostering Indigenous children with Fetal Alcohol Spectrum Disorder. “I’ve always seen law as a really helpful way of being an activist. I want to sink my teeth more directly into the issues I care about.”

Exactly how she’ll do it, Tellier isn’t sure. But her track record proves she’s pretty good with goals. “If I can just work on specific cases and help even a few people, that’s enough for me.”