Finger on the Twitter? U of T expert analyzes @realDonaldTrump 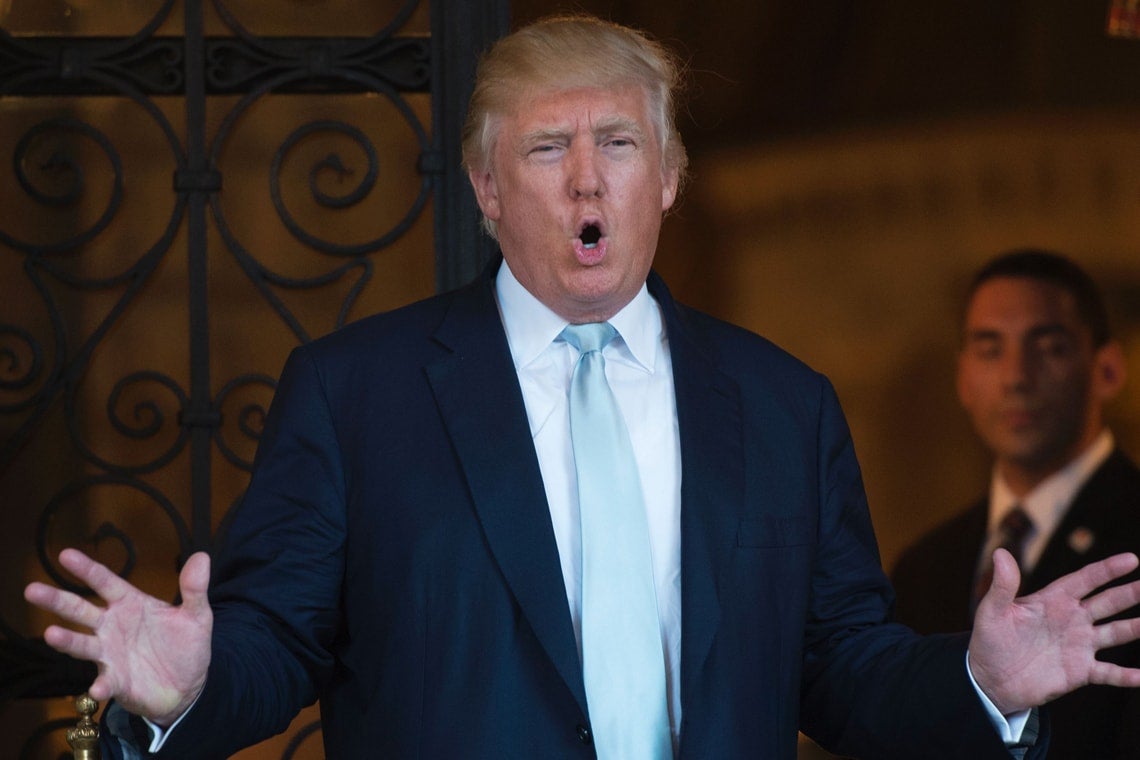 The 26th president of the United States, Theodore Roosevelt, coined the phrase “bully pulpit” to describe the influence he wielded from the White House. For him, “bully” was an adjective meaning “excellent” or “first-rate.”

Since joining the platform in 2009, Donald Trump has amassed about 18 million followers at @realDonaldTrump – surpassing even the number of @POTUS followers, though he still has fewer than @BarackObama.

Early Monday morning, Trump lashed out at actress Meryl Streep who criticized him the night before during her Golden Globes speech for the lifetime achievement award. Trump tweeted that Streep was "one of the most over-rated actresses in Hollywood" and a "Hillary flunky."

Once he takes office Jan. 20, will Trump take a more presidential approach to social media?

U of T News spoke with Alex Hanna, an assistant professor at U of T Mississauga's Institute of Communication, Culture, Information and Technology and U of T's Faculty of Information to get some insight. Hanna's research focuses on new and social media. 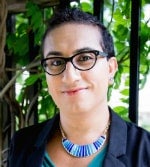 Obama is known as a social media savvy president. How does his style differ from Trump’s?

The Obama campaign was a very net savvy data-driven organization in 2008. The platform was still pretty new – it started in 2006. He was able to get an immense number of followers and used them as a pillar for fundraising.

As president, Barack Obama has been social media savvy. His White House was a very Vox.com-type of operation. They have video content, articles and a staff photographer who's catching Obama in candid shots. He's using social media in a way that's effective, but it's very manicured, very planned.

Donald Trump has a more chaotic approach. It doesn't seem planned. There are two theories on his social media usage. Either he's playing this incredibly complex ten-dimensional chess where he's seeing 20 moves in the future, and he's intentionally setting his surrogates against him – or he is actually chaotic. Occam's Razor tells us to go with the simplest explanation.

His account @realDonaldTrump has an even larger following than the presidential @POTUS account. Do you expect him to take over @POTUS after his inauguration? And will his tone change?

In the middle of 2016, people thought there would be this pivot and he was going to be more presidential, but I don't think that will happen. I expect he will keep his own handle because it's such a part of his brand. People have come to expect a particular kind of Twitter usage from that brand.

I think some of the tweets from the @POTUS account will be from his advisers and campaign staff.

There is a data analyst called David Robinson who did an analysis during the election in which he tried to determine which tweets were coming from Trump and which were by his campaign staff. He did a sentiment analysis in which he found the tweets that were generally angrier tweeted at bizarre times like 3 or 6 a.m. – those [were labelled as] Twitter for Android. While those that seemed more measured and more promotional were coming from an iPhone. I don't think there will be many iPhone tweets from @realDonaldTrump. Those would be migrated to @POTUS.

Is there something about the Twitter platform that just suits Trump's personality?

There's this idea in the literature on social media that Twitter itself produces this type of micro celebrity. It's the type of person who can present their thoughts in condensed form, tweet frequently, and produce easily digestible video content.

Even before he declared his candidacy, Trump was a micro celebrity. His first foray into politics was surrounding the birther movement.

He went off on other celebrities and institutions. He built up his Twitter following unlike other politicians, even though his party continues to use the platform in a measured, restricted way. Trump's personal style definitely lends itself to Twitter. 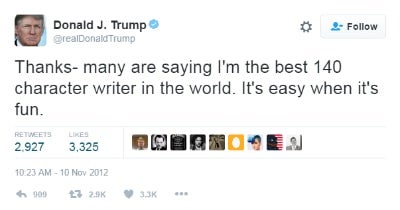 Trump is known for attacking people on Twitter. The New York Times printed a list of 289 people, places and things he's insulted. Will the tone of these tweets affect political discourse?

At least some of his tweets have brought out some ugly impulses in American civic life. His statements on immigration, building the border wall and creating a registry of U.S. Muslims have found some support in the U.S. electorate. And that's frightening. There was also his "Lock her up!" rhetoric about Hillary Clinton.

Some of that has seeped into U.S. discourse, and those are things I find most alarming about his language.

What kind of challenge does Trump’s tweeting pose for journalists trying to cover the White House?

One of the reasons Trump likes Twitter is that he gets to set the terms of the debate. He can be unpredictable. And he knows that when he tweets there will be press coverage.

There's a debate among journalists and people who study political communication about what the press should be doing here. The press is having a tough time. On the one hand, people are saying we need to have a heightened state of alarm and cover everything he says, a tweet could cause the next world war. These things have geopolitical and monetary consequences.

The other side says we need to hang back and not go nuts over every tweet. In some ways, they distract from more pressing issues like his business ties and possible conflicts of interest. 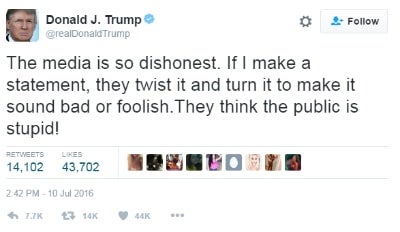