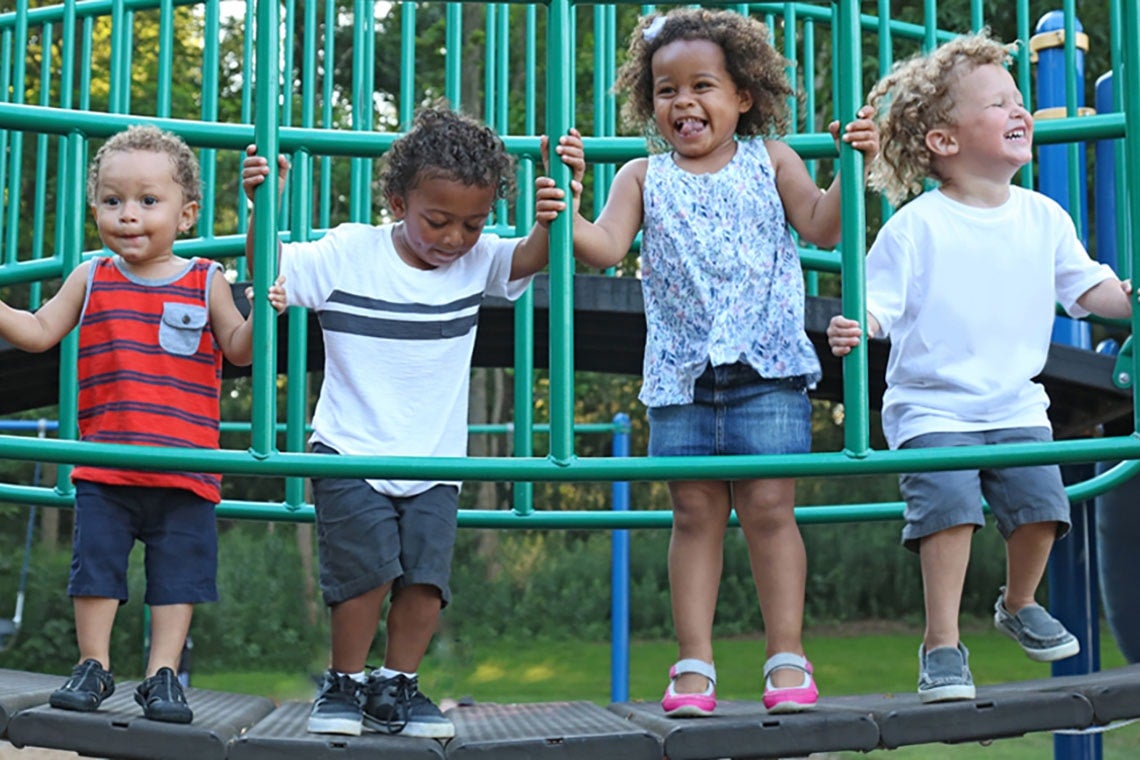 An international team of researchers including University of Toronto professor Kang Lee says one way to reduce racial bias in kids is by teaching them to identify individual faces of people from different races.

The study, published Thursday in the journal Child Development, is the first to show a lasting effect in reducing racial bias – and in kids young enough to not be too set in their ways.

Co-authored by researchers from U of T's Ontario Institute for Studies in Education (OISE) and international colleagues, the study is based on two, 20-minute sessions with four- to six-year-old Chinese children. Researchers found that when children were asked to play with a touch-screen app to distinguish individual Black faces, it significantly reduced their implicit anti-Black bias. This bias reduction lasted for at least two months.

“There are two key findings here,” said Lee. “First, using our app, young children can quickly learn to recognize people from a particular race other than their own, which is an important social skill for children living in the globalized environment. Second and more importantly, an added benefit of learning to identify people from another race as individuals is the reduction of their implicit racial bias against that race.”

He noted that teaching kids about Martin Luther King Jr., Nelson Mandela and Barack Obama is one example of how adults can reduce implicit anti-Black bias in children who aren't Black.

“For parents and teachers, this means if you introduce children to those of another race frequently, teaching them about who they are as individuals, the implicit bias children hold against the people of that race will decrease,” he said.

Gail Heyman, a professor of psychology in the University of California San Diego division of social sciences and a senior co-author on the study, echoed Lee, emphasizing that in the study, the key to reducing the bias was the repeat session.

“A single session had minimal immediate effects that dissipated quickly. The lesson didn’t stick. But a second session a week later seemed to act like a booster shot, producing measurable differences in implicit bias 60 days later,” she said.

Miao K. Qian, a PhD student at OISE and an affiliated researcher at Hangzhou Normal University, said that before conducting this study, she was “shocked” to learn that children, even at age three, already show implicit racial bias against other race people.

Read the study in the journal Child Development

“What’s encouraging about this research is it shows it’s possible to reduce this implicit racial bias quickly in young children with a method as simple as teaching them how to distinguish between other-race individuals,” she said.

“Our study points to the effectiveness of intervention in early childhood – before bias has become entrenched,” she continued. “As Lee pointed out, we also suggest that parents and teachers can help reduce bias by teaching children to distinguish other-race individuals by their names and personal attributes, instead of focusing on categorical traits.”

Researchers say it’s important to note the study focused on reducing implicit bias, or the extent to which humans have subconscious negative and positive associations with different races. This type of bias may arise from greater exposure to those of one’s own race. Explicit bias, on the other hand, refers to preferences, stereotypes and prejudices we’re more aware of, which may be learned socially from adults and peers.

“We think that reducing implicit racial bias in children could be a starting point for addressing a pernicious social problem,” Heyman said. “But it is not the complete answer to racial discrimination or to systemic, structural racism.”

Researchers worked with 95 Chinese preschool kids in China who had not had any direct interaction with non-Asian people prior to the study. They measured the children’s implicit racial biases at the beginning of the study and found that the kids had strong implicit bias against Black people. That is, the children automatically associated Black individuals with negative emotions and Chinese people with positive emotions.

Then, the children were randomly assigned to one of the three training groups:

After the training, all children were tested again in terms of their implicit racial bias against Black people.

One week later, the children who had learned to differentiate Black individuals received the same training for another 20 minutes. Researchers found that these two sessions of training were enough to significantly reduce racial bias against Black people in children for at least another 60 days – the longest time the researchers were able to track the children.

These results suggest that to reduce children’s implicit racial bias against a particular race group, they must be trained to differentiate individuals from this race.

Researchers are now working with a larger, more diverse group of children in Toronto over a longer term. If their intervention to reduce implicit racial bias is effective in that setting, they hope to develop a more consumer-friendly version of their training: a fun, gamified app that could be used in schools and at home.