Faculty, alumni and supporters named to Order of Canada 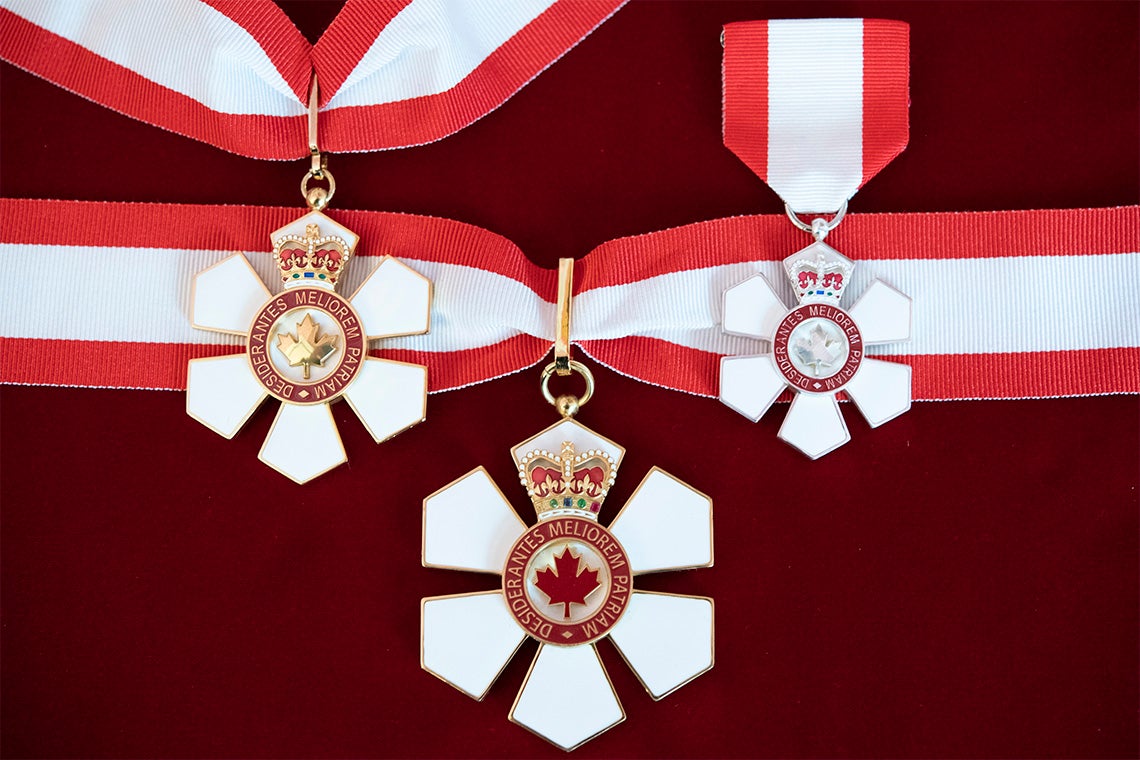 A public health expert who helped guide the University of Toronto’s response to the COVID-19 pandemic. A pioneering researcher in the field of bioengineering who is internationally renowned for her work on the bioremediation of pollutants. One of Canada’s leading cardiologists.

These are just a few of the U of T community members – faculty, alumni and supporters – who were newly appointed to, or promoted within, the Order of Canada. One of the country’s highest civilian honours, the Order of Canada recognizes people whose service, innovations and compassion shape Canadian society, foster imagination and unite people and communities.

A total of 61 appointments and promotions were announced Dec. 30 by Gov. Gen. Julie Payette. They include: Professor Vivek Goel, U of T’s former vice-president, research and innovation, and strategic initiatives and special adviser to the president and provost who helped guide the university’s pandemic response; University Professor Elizabeth Edwards, an expert in bioremediation and environmental biotechnology; and Professor Heather Ross, director of Toronto General Hospital’s cardiac transplant program.

Here is the list of U of T faculty, alumni, supporters and friends who were appointed to, or promoted within, the Order of Canada in the latest round: 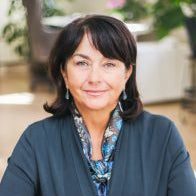 Yaprak Baltacıoğlu, a professor of public policy at the Munk School of Global Affairs & Public Policy, was named a Member of the Order in recognition of her long-standing contributions to Canada’s public service, having distinguished herself in several leadership roles.

Susan R. George Bahl, a professor in the department of pharmacology and toxicology in the Temerty Faculty of Medicine, was named a Member of the Order for her pioneering contributions to the fields of molecular pharmacology and neuroendocrinology. She holds a Canada Research Chair in molecular neuroscience and is a member of the Collaborative Program in Neuroscience.

John Challis, a University Professor Emeritus in the departments of physiology and obstetrics and gynaecology in the Temerty Faculty of Medicine, was named an Officer of the Order for his seminal contributions to the fields of obstetrics and gynaecology, and to health research and innovation in Canada and abroad. Challis previously served as chair of the department of physiology and as U of T’s vice-president, research and associate provost. 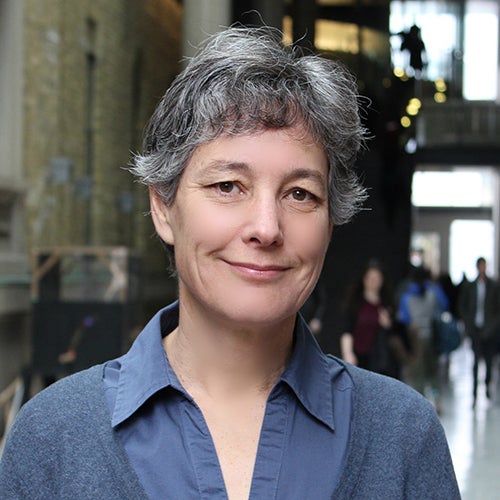 Elizabeth Edwards, a University Professor in the department of chemical engineering and applied chemistry in the Faculty of Applied Science & Engineering, was named an Officer of the Order for her foundational contributions to bioremediation and for amplifying the value of cross disciplinary collaboration. Edwards oversees two multidisciplinary research networks at U of T that envision using micro-organisms to create renewable plastics, less expensive pharmaceuticals and energy from waste. 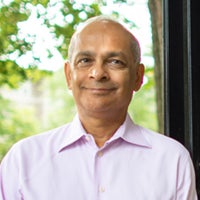 Vivek Goel, a professor in the Dalla Lana School of Public Health and a special adviser to the president and provost who is helping guide U of T’s COVID-19 planning and response, was named a Member of the Order for his contributions as an academic and administrator who is committed to the advancement of public health services, evidence-based health care and research innovation. Goel, who was U of T’s vice-president, research and innovation, and strategic initiatives from 2015 to 2020, was also the founding head of Public Health Ontario. 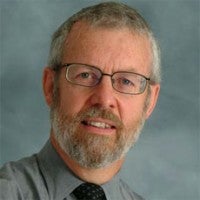 Michael A.S. Jewett, a professor of urology in the department of surgery in the Temerty Faculty of Medicine, was named a Member of the Order for his life-saving innovations in surgical oncology and for his advocacy of patient-centred clinical care. Jewett is the sponsor of the Dr. Michael Jewett Graduate Award, awarded annually to a graduate student enrolled in a PhD program associated with the division of urology.

Daniel Heath Justice, a former faculty member in the department of English, was named an Officer of the Order for his contributions to the field of contemporary Indigenous studies in Canada and abroad. A Colorado-born citizen of Canada and the Cherokee First Nation, Justice was awarded U of T’s Ludwik and Estelle Jus Memorial Human Rights Prize in 2010. 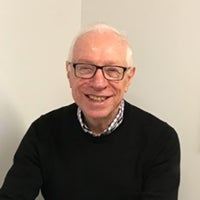 Morris Moscovitch, a professor in the department of psychology in the Faculty of Arts & Science, was named a Member of the Order for his contributions to the fields of clinical neuropsychology and cognitive neuroscience, notably his ground-breaking memory research. Moscovitch is a senior scientist at the Rotman Research Institute and Baycrest Centre, where he is also the Max and Gianna Glassman Chair in Neuropsychology and Aging.

Daniel John Taylor, an associate professor and head of the early music program in the Faculty of Music and a countertenor opera singer, was named an Officer of the Order in recognition of his achievements as an internationally renowned opera singer and for his commitment to mentoring the next generation of Canadian singers. 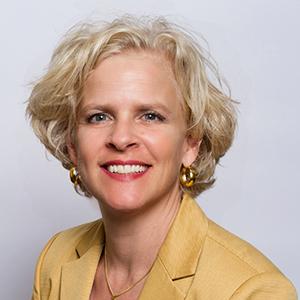 Heather Ross, a professor in the Temerty Faculty of Medicine, was named a Member of the Order for her contributions to Canadian cardiac care as a clinician, translational researcher and field leader. A U of T alumna, she is also division head of cardiology at the University Health Network's Peter Munk Cardiac Centre and scientific lead at the Ted Rogers Centre for Heart Research.

John Borrows was named an Officer of the Order in recognition of his scholarly work on Indigenous rights and legal traditions, which have had a significant impact across Canada and abroad. A member of the Chippewas of the Nawash First Nation, Borrows graduated with a bachelor's degree in history and political science from Victoria College, before going on to earn two degrees from U of T’s Faculty of Law.

Michael S.W. Bradstreet, who earned a bachelor’s degree in zoology from New College, was named a Member of the Order in recognition of his leadership in the protection of natural habitats and for his innovative bird conservation initiatives. Bradstreet has written extensively about northern birds and mammals, and was a long-time senior adviser with the Nature Conservancy of Canada and served as executive director of Long Point Bird Observatory and Bird Studies Canada.

Brian Cherney, an award-winning composer whose works have been performed and broadcast throughout Canada and in a number of countries around the world, was named a Member of the Order for his lifelong devotion to Canadian music as an internationally renowned composer, educator and scholar. Cherney earned a bachelor’s degree in music performance, a master’s degree in composition and a doctoral degree in musicology from U of T’s Faculty of Music.

Rita Davies, chair of the Ontario Arts Council and former director of culture for the City of Toronto, was named a Member of the Order for her leadership at the helm of several cultural organizations and for her steadfast devotion to the arts. Davies earned a master’s degree in drama from U of T’s Centre for Drama, Theatre & Performance Studies.

Jacalyn Duffin, a medical historian and haematologist, was named a Member of the Order in recognition of her leadership as an academic and mentor in the field of medical history. Duffin earned her medical degree from U of T in 1974.

John Hartman, one of Canada’s preeminent painters, was named a Member of the Order for enriching Canadian contemporary art by bringing landscapes and cityscapes to life on printing plates, canvas and paper. Hartman is a noted supporter of U of T’s Art Museum and provided a gift in kind to the centre in 2011.

Leonard Pennachetti, president and founding partner of Cave Spring Vineyard, was named a Member of the Order for his key role in developing the Ontario wine industry and for fostering tourism in the Niagara Peninsula region. He received his master's degree in Italian Renaissance history from U of T.

Lori Jeanne West, a professor of pediatrics, surgery and immunology at the University of Alberta, was named an Officer of the Order for her leadership in the field of organ transplantation and donation, notably for her breakthrough research in infant heart transplantation. West was a clinical fellow in U of T's department of paediatrics from 1993 to 1994, working in pediatric cardiology.

Did we miss anybody? If you know of an Order of Canada honouree with ties to U of T who was announced in this latest round but isn't mentioned above, please let us know at uoftnews@utoronto.ca.