With an eye to developing better supports, U of T researcher explores aging Chinese Canadians' views on elder abuse 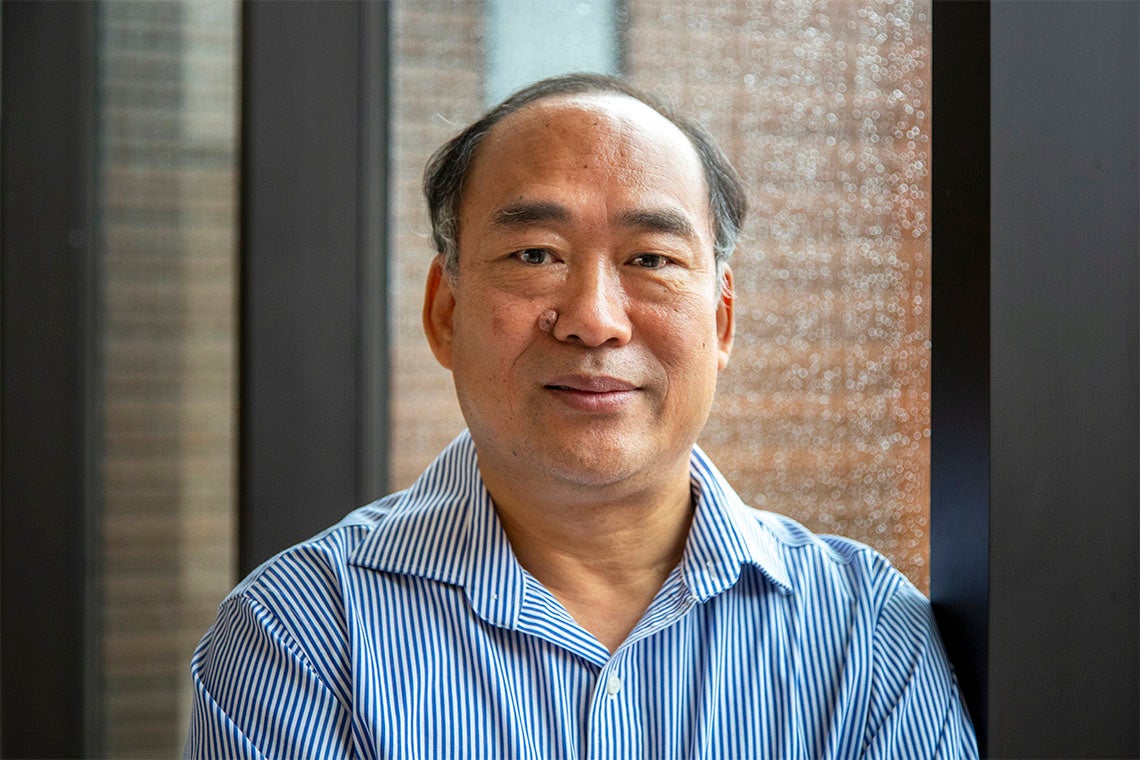 Weiguo Zhang, an associate professor in the department of sociology at U of T Mississauga, embarked on a series of studies three years ago to assess how aging Chinese immigrants were faring in Canada (photo by Drew Lesiuczok)

A new University of Toronto study highlights an important information gap that may leave some seniors in Canada vulnerable to abuse and neglect.

Weiguo Zhang, an associate professor in the department of sociology at U of T Mississauga, spent two decades studying seniors in China and three years ago embarked on a new series of studies to assess how aging Chinese immigrants were faring in Canada.

In particular, he sought to understand how Chinese-born seniors viewed abuse and neglect.

“Our knowledge of this issue is limited partly because the voices of older adults are often overlooked by policy-makers and researchers,” Zhang says, adding that voices of ethnic groups are particularly under-represented.

“It’s important to understand what shapes their definitions to develop effective strategies and interventions.”

Partnering with a Chinese seniors’ association in the Greater Toronto Area, Zhang collected data from one-on-one interviews, observations and focus groups comprised of association members who immigrated to Canada after the 1990s. Participants discussed various forms of abuse that might be experienced by older Chinese immigrants, including emotional, verbal, physical and financial abuse, as well as neglect and violation of rights.

The study, published in a recent issue of Journal of Elder Abuse & Neglect, found that participants’ understanding of elder abuse diverged from Western definitions in some key areas.

“Emotional abuse was the most frequently mentioned category, with participants identifying certain words, gestures or actions seen as disrespectful in the Chinese community,” Zhang says. “Some felt the line between arguments and verbal abuse was unclear. People seldom linked yelling, ridicule, scorn and making fun of older people as abuse.”

Culture appears to play a role in these views. Study participants did not view certain behaviours as abusive, even though they might be considered so by non-Chinese-born seniors. For example, failure to respect personal autonomy is considered abusive by many in the West, but study participants felt that it was not abusive for family members to stop seniors from participating in risky behaviour – such as addictive gambling – if the consequences might negatively impact the senior’s well-being.

On the other hand, the actions of adult children who failed in their filial duty to older parents were seen as abusive or neglectful.

“Sending people to nursing homes was perceived as abuse or neglect,” says Zhang. “I found that older adults simply wanted their children to meet the socially defined obligations of caring for their parents. When they failed to do so, the children were perceived as unfilial, abusive or neglectful. This perception was particularly true when parents felt they had done a great deal for their children and were having difficulty adjusting to the new country.”

Participants also reported that they felt their status as immigrants and as dependants on adult children left them isolated and vulnerable to potential abuse. They cited language barriers, limited access to transportation and gaps in understanding Canadian culture, banking systems and laws as reasons they felt they had to be careful about their own words and actions.

“They came from China as retired doctors, professors and managers and suddenly become dependants,” Zhang says. “Except for caring for their grandchildren and contributing to household chores, they said they encountered difficulties living an independent life.”

The study also found that perceptions could change through interactions with peers and non-peers in the host society. Some of the participants reported changes in their own understanding of elder abuse.

“Discussing these issues with others made them more aware of problems,” Zhang says. “Some of them realized that abuse could be more than physical abuse or abandonment.”

The elder abuse study is the first release in a series of studies by Zhang to assess Chinese seniors in Canada.