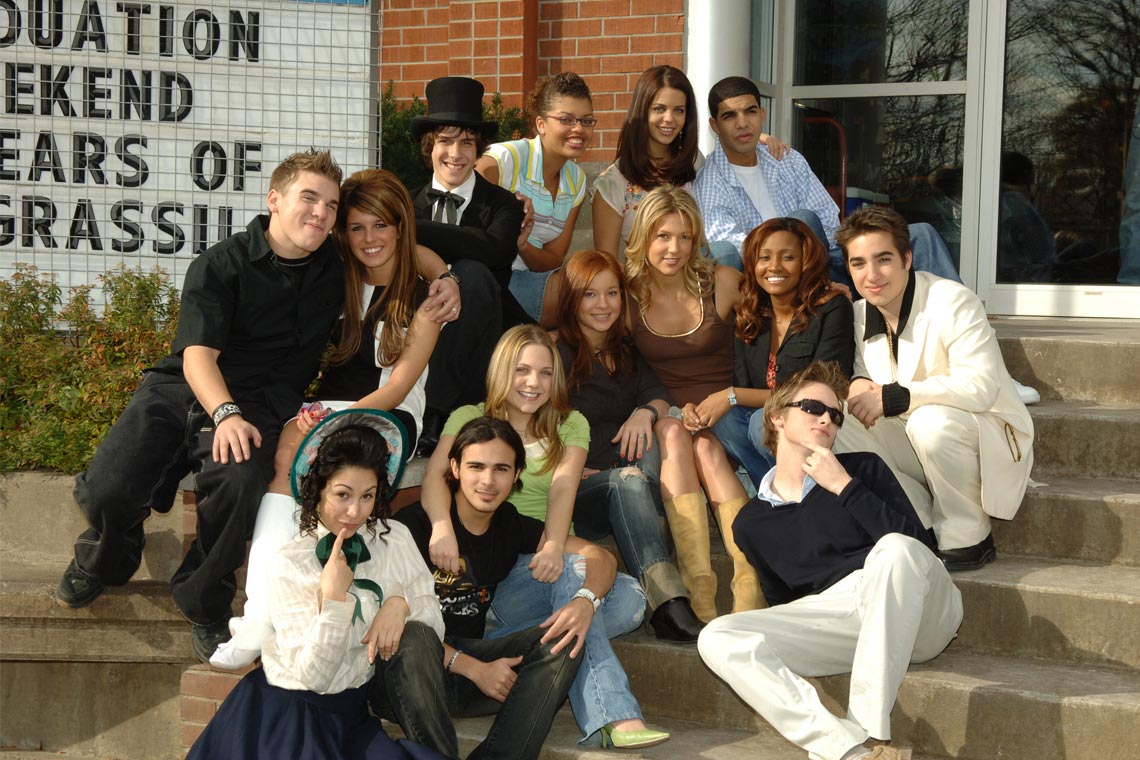 Want to know where the kids of Degrassi Junior High hang out, or where Scott Pilgrim grabbed a slice of pizza on the way to battle Ramona’s evil ex-boyfriends?

Check out the interactive Toronto Film Map created by Rachel Beattie and Jordan Hale, where you can explore Toronto through the television shows and films that take place in the city.

The project utilizes University of Toronto’s library resources, using the mapping technology of the Map & Data Library and the giant film and TV collection held by the Media Commons.

“One of the things I love about the map is it points people toward ways of seeing the city how it looked in the past. Through film, we've preserved a lot of these cityscapes,” says Beattie, an assistant media archivist at Media Commons Archive.

Listen to Beattie on CBC's Here and Now

Read about the map in BlogTO

Many of the films on the map serve as a Toronto time capsule, says Beattie, preserving, for example, the city’s seedy Yonge Street strip in the 1970s in Outrageous! and the now-demolished Honest Ed’s in Scott Pilgrim vs. the World.

The map was years in the making, but funding from Chief Librarian Larry Alford’s innovation grant gave the initiative the boost it needed to hire research assistant Keith Nolwenn Bellec-Warrick and get the project going.

Characters in Scott Pilgrim vs. the World share a slice at the Pizza Pizza at Bathurst and Bloor Streets

Coming up with the list of films and their locations for the map involved a lot of research – and detective work, says Hale, who used to work at the Map & Data Library and now works at the University of Waterloo. The team took a deep dive into historic maps, old city directories and geographic information systems (GIS) datasets.

“We ended up using a lot of historic sources in identifying some of the older films,” says Hale.

Some films required more sleuthing than others. The 2008 film Nurse.Fighter.Boy takes place in Toronto’s laneways. But with hundreds of kilometres of laneways in the city – how do you identify the right one?

In one scene, Hale paused the film and noticed “barber parking only” was spray painted on the wall of a parking lot.

“I was able to narrow the dataset down to show me all the barbershops and salons in the entire city of Toronto,” says Hale – narrowing the results further by looking for those businesses that are within 25 metres of a laneway, of which there were only 20.

“Conveniently, the very first one when you looked up the address in Google Maps matched the location perfectly,” Hale says.

Most of the locations were easier to spot for the researchers, due to their love of Canadian film and knowledge of the city.

“I have lived in Toronto my entire life ... I've lived all over the city as well. It's given me enough of a familiarity of local landscapes and business and landmarks,” says Hale.

Get to know some of the films and TV shows set in Toronto, as recommended by Hale and Beattie.

The film centres on a Syrian woman in Toronto who is trying to gain independence from her family.

“It's a sweet little film and it focuses a lot around Trinity Bellwoods and the Queen Street area,” says Beattie.

“I am a well adjusted person in their 30s who has seen every episode of every Degrassi series,” jokes Hale. “I love watching even new episodes and seeing what Toronto landmarks, including many around campus, double as on the show.”

In Degrassi: The Next Generation, U of T is thinly veiled as “Toronto University," featuring the Bahen Centre exterior, acting as "the club."

Set on Queen Street between Strachan Avenue and Massey Street, the film warns of the perils of gentrification – highlighting the very real tension between middle class homeowners and precarious renters.

The film hits close to home for Beattie. “I live right around the corner from there,” she says.

In this Toronto romance, “the main character takes his girl on a few dates to the Leslie Street Spit,” says Hale. “They have little fires there and look over Lake Ontario and that's actually where my partner took me the first time we went out.”