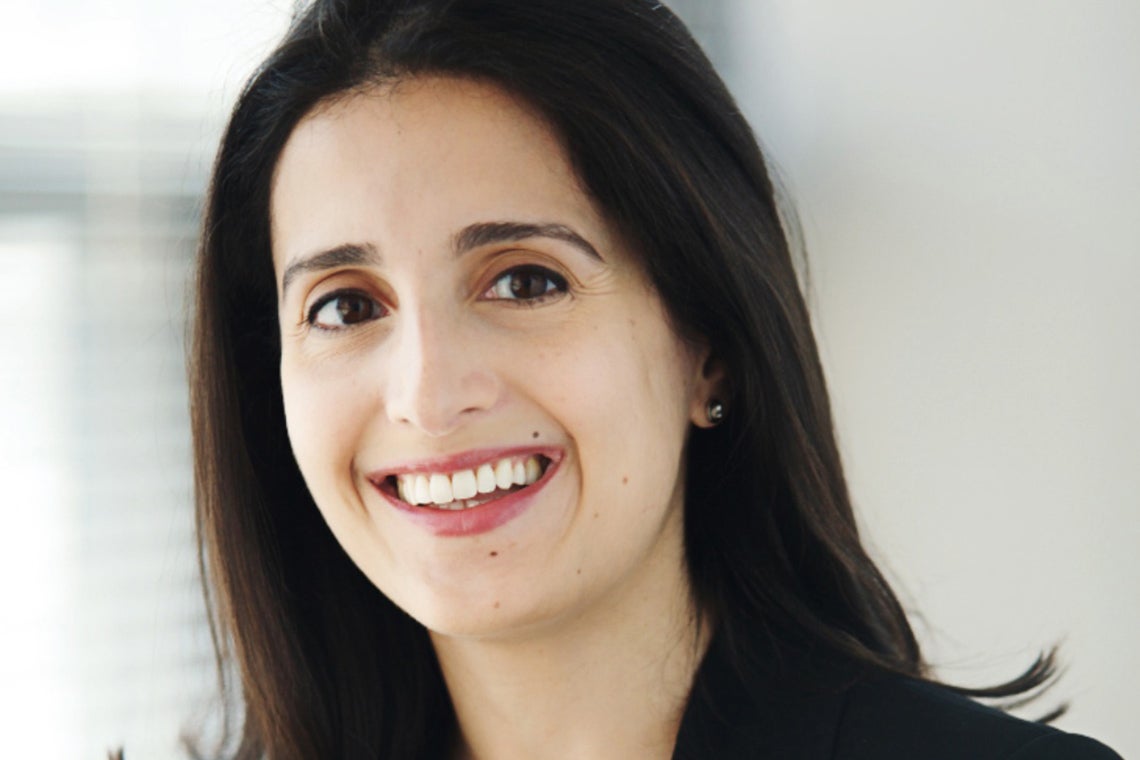 Yasmin Dawood says the position in the Royal Society of Canada's College of New Scholars, Artists and Scientists “is a tremendous honour” that will give her the opportunity to collaborate with a cross-section of scholars in the field

Democracy is under threat in many places globally, from the suppression of voting rights and influence of money in political campaigns to the collapse of longstanding democratic institutions.

For Yasmin Dawood, a leading scholar of election law from the University of Toronto’s Faculty of Law, this puts Canada’s own challenges and successes in electoral fairness and democratic governance in sharp focus.

“There is considerable concern about the fate and future of democracy around the world, and we have a role to play in questioning what's happening and looking for solutions,” says Dawood, the Canada Research Chair in Democracy, Constitutionalism and Electoral Law.

She is one of six emerging scholars at U of T named this year as members of the Royal Society of Canada's College of New Scholars, Artists and Scientists. (See a list of recipients below.)

The college, which was established in 2014, recognizes and fosters leadership and interdisciplinary collaboration among Canada’s new generation of scholars, artists and scientists who received their PhD within the last 15 years. To date, 26 U of T scholars have been named to the college. Membership extends for seven years.

“The University of Toronto is proud of our six new members joining the Royal Society of Canada's College of New Scholars, Artists and Scientists,” says Vivek Goel, U of T's vice-president of research and innovation. “We are grateful that the Royal Society is recognizing their work in a broad range of fields and the impact of their research in society. We look forward to seeing their new collaborations and exciting research."

Dawood, whose pioneering research and public engagement have influenced policy formation and public debate in the areas of election law, electoral integrity and the protection of democracy, says the position in the college “is a tremendous honour” that will give her the opportunity to collaborate with a cross-section of scholars in the field.

“It allows us to think together about problems that are facing the country and the world,” she says. “Belonging to this college will provide a fundamental opportunity to participate in broader conversations about these questions.”

Dawood would also like to contribute to the college, mentoring young scholars and participating in networks that address themes such as diversity, inclusion and belonging.  “As a woman, visible minority and religious minority, I know first-hand how important it is to have mentors in order to do one’s best work.”

She became interested in election law as a political science undergraduate at U of T, studying constitutional law, political theory and elections. She continued to look at the issues while doing a law degree at Columbia University in New York and a PhD at the University of Chicago’s department of political science. Her dissertation was on the U.S. Supreme Court’s election law decisions. She spent two years in the U of T’s Centre for Ethics as a Social Sciences and Humanities Research Council postdoctoral researcher, and in 2009 joined the Faculty of Law. She is now an associate professor who is cross-appointed to the department of political science.

Free and fair elections are the cornerstone of establishing a healthy democracy, she says, noting that nations around the world “have succumbed to democratic erosion.” Dawood focuses on innovative legal solutions for safeguarding electoral fairness, strengthening democratic governance and counteracting systemic obstacles like partisan bias.

Her current research is a project that looks to see how courts adjudicate in conflicts that arise in election laws, comparing different countries to see how they have dealt with the issue.
Dawood says revised voter identification laws that make it more difficult to cast ballots “interest me as a scholar and also as a citizen,” and she is eager to explore them further through the college.

“I think this appointment will provide an enriched and diverse venue and set of interlocutors on this question that I’m really looking forward to engaging,” she says. “I see it as a wonderful opportunity to deal with questions that face Canada and the world.”

Dawood has published and spoken nationally and internationally on electoral fairness and has organized events on the topic. For example, in response to the previous Conservative federal government’s Fair Elections Act, she co-drafted open letters, organized a public forum in the Faculty of Law and testified before the House of Commons committee.

She argued that the Act amounted to partisan entrenchment and would impair voting rights and political participation. She commented that the government had fast-tracked the bill and used its majority power to cut off debate and discussion, a departure from a long-standing political practice in which electoral reforms were undertaken through widespread consultation with opposing political parties, Elections Canada, citizens and experts.

“It’s crucially important that these questions are accessible and transparent; that’s what democracy is about,” she says, noting that social media provides a platform for engagement on political issues but can also be abused to manipulate people. “There’s both promise and peril.”

She says that Canada is in a good place today compared with the rest of the world in terms of electoral fairness, “but I don’t think that we can be complacent. We have to constantly be vigilant to make sure that rules don’t lead to inaccessibility, because then inequality creeps in.” Campaign finance reform is especially critical so that people with means do not have undue influence over elections and the electoral process, which is not good for democratic functioning, she says. “It’s important to establish a level playing field.”

Other jurisdictions are interested in our success, says Dawood. “There are valuable lessons in terms of how Canada has remained stable and the electoral system has remained fair,” she says, adding that the country can act as a model for how the courts and other institutions deal with conflicts surrounding elections and electoral law.

The U of T scholars joining Dawood as new members of the Royal Society of Canada College of New Scholars, Artists and Scientists are:

Read about the U of T scholars named to the Royal Society of Canada College of New Scholars, Artists and Scientists in 2017

Read about the U of T scholars named to the Royal Society of Canada's College of New Scholars, Artists and Scientists in 2016