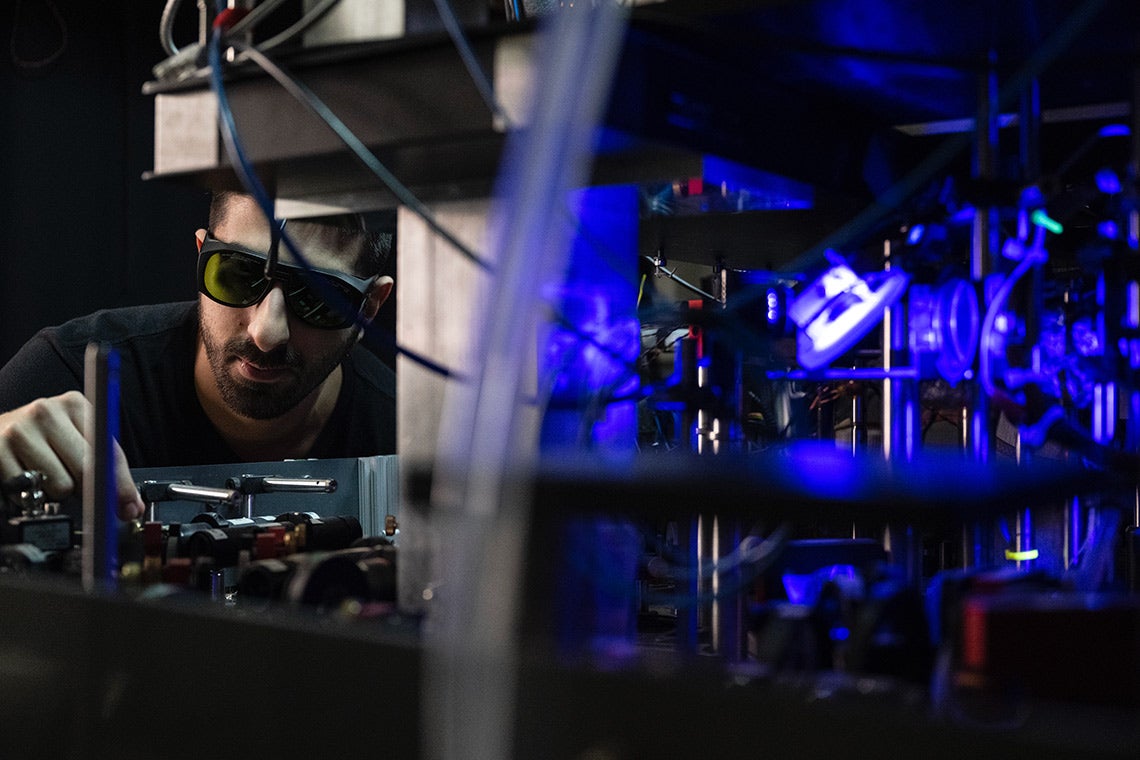 “Suppose you knew everything there was to know about a water molecule – the chemical formula, the bond angle, etc.,” says experimental physicist Joseph Thywissen.

“You might know everything about the molecule, but still not know there are waves on the ocean – much less how to surf them,” he says. “That’s because when you put a bunch of molecules together, they behave in a way you probably cannot anticipate.”

Thywissen is a professor in the University of Toronto’s department of physics in the Faculty of Arts & Science and a member of the Centre for Quantum Information & Quantum Control. He is describing the concept in physics known as emergence: the relationship between the behaviour and characteristics of individual particles and large numbers of those particles.

Thywissen and his collaborators have taken a first step toward understanding the transition from “one-to-many" particles by studying not one, not many, but two isolated, interacting particles – in this case potassium atoms. The result is described in a paper published recently in the journal Nature.

A team that included experimental physicists from U of T and theoretical physicists from the University of Colorado (UC) measured the strength of a type of interaction – known as “p-wave interactions” – between two potassium atoms and found the result confirms a longstanding prediction.

P-wave interactions are weak in naturally occurring systems, but researchers predicted that they have a much higher maximum theoretical limit. The team is the first to confirm that the p-wave force between particles reached this maximum. 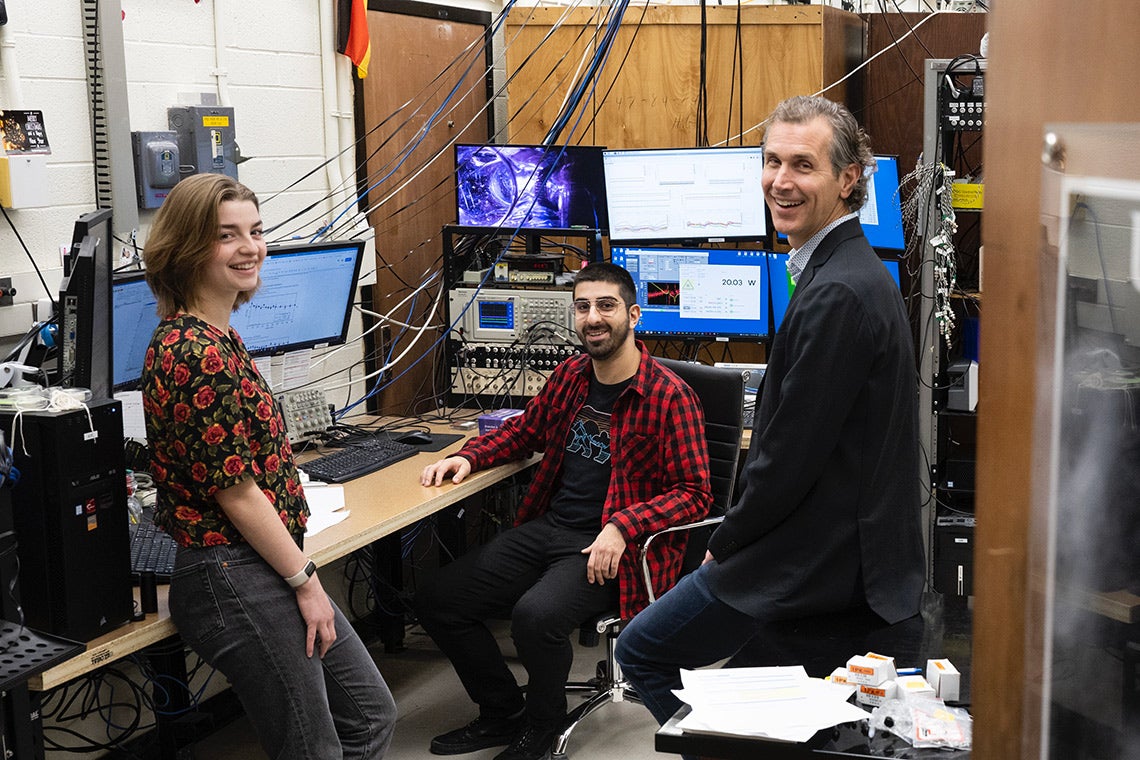 The paper’s co-authors from U of T include co-lead authors Vijin Venu and Peihang Xu, both of whom earned their doctorate last year, as well as a post-doctoral researcher, Cora Fujiwara and Frank Corapi, a current PhD candidate.

Their collaborators include researchers from UC Boulder, led by Professor Ana Maria Rey. The theory team includes PhD candidate Michael Mamaev; Thomas Bilitewski, a former post-doc in Rey’s group who is currently an assistant professor in the department of physics at Oklahoma State University; and Jose D’Incao, a UC associate research professor.

“In our lab, we were able to isolate two atoms at a time,” Venu says. “This approach avoids the complexity of many-atom systems and allows full control and study of interactions between atoms in a pair.”

The team isolated pairs of atoms within a 3D optical lattice – a “crystal of light,” as Fujiwara describes it – created at the intersection of three laser beams at 90 degrees to each other. The intersecting beams generated stationary nodes of high intensity which trapped pairs of particles. With pairs isolated in this way, the researchers were able to measure the strength of their mutual interaction.

The result has ramifications in different technologies, including the study of superfluids, superconductivity and quantum simulations.

Quantum simulations are models designed to understand quantum systems like atoms, molecules or chemical reactions – systems ruled by quantum mechanics. These simulations can help understand how properties of materials emerge from particle-particle interactions.

The challenge of solving quantum models with existing computers is daunting, with the task having been described as teaching quantum mechanics to a computer. A promising alternative is to use existing quantum systems – in other words, actual atoms and molecules.

“What's hard for us, is easy for nature,” Thywissen says. “And so, we can harness the computational power of nature just ‘doing its thing’ to solve problems that are otherwise intractable to us.”

The team’s insight into how two particles interact is a step toward understanding natural quantum systems and how they can lead to more powerful and effective quantum simulations.

“What we saw in our experiment was remarkable,” Fujiwara says. “It's a perfect little system. And now that we have this understanding of this two-particle system, we can start to create these sorts of exotic systems which involve many, many more particles.”