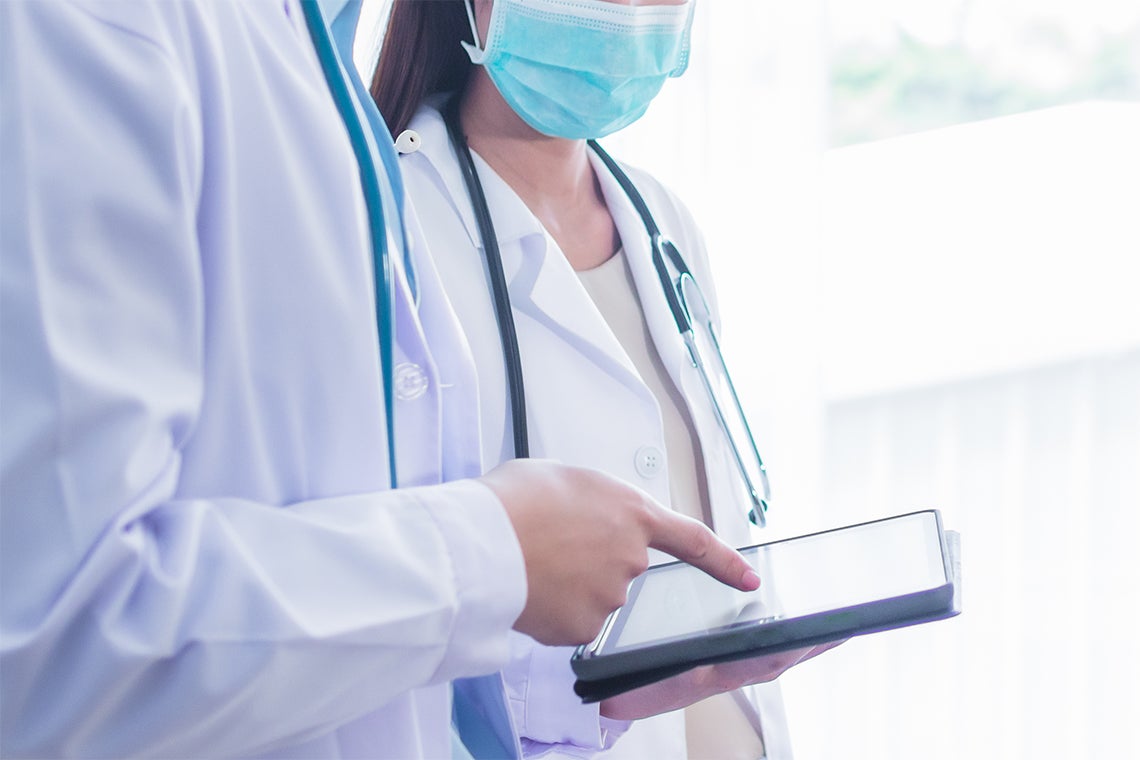 Andrew Cameron was completing his emergency medicine residency with the University of Toronto’s Temerty Faculty of Medicine when he decided to enrol in the Faculty of Law’s intensive, 11-month global professional master of law program (GPLLM).

The program is designed to help professionals realize their full potential through exposure to a robust legal education focused on the areas of law that are most relevant to their work.

In Cameron's case, the GPLLM allowed him to approach his job as emergency room physician with a brand new skill set, allowing him to answer thorny – but not uncommon – questions that arise in a health-care setting surrounding the use of technology. 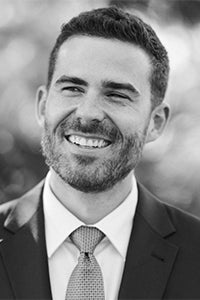 “If I need to, can I text a patient? Is that legal? It’s a very simple question that many emergency departments across the country ask themselves,” says Cameron, who graduated from the U of T program last November.

“[There needs to be] someone in the room to say, ‘Before you release this person’s entire genomic sequence over SMS message, let’s ask ourselves some privacy questions’ – it can prevent patients from coming to a different kind of harm.”

GPLLM learners develop a fluency in the substance and methodology of the law, enabling them, as professionals and executives, to differentiate their expertise and become more effective leaders and decision-makers. Courses are scheduled over evenings and weekends.

“For me, completing the GPLLM was about having someone in the room when decisions are being made, who can think laterally and who has experience being in a room full of super smart people outside health care who can think through legal issues,” says Cameron, who learned of the program through one of his medical colleagues, Shaun Mehta, who graduated from the GPLLM the year prior.

“I spent a year with lawyers, accountants and businesspeople – professionals who had a completely different take [on law]. Now that I've been in that environment, I can siphon some of those skills, and bring it back to medicine.”

Established in 2011, the GPLLM has grown from a small cohort of fewer than 30 students to its latest cohort of nearly 120. The program offers four areas of legal concentration: business law, Canadian law in a global context, innovation, law and technology and the law of leadership.

“In the emergency department, we pride ourselves on being generalists. Fortunately, I had a few mentors who believed in a different kind of doctor – one with a perspective broadened by other industries. So, I asked myself: what other industries do we interact with every day in the ER?”

The answer? “Law and technology."

Cameron applied what he was learning in the program to help launch a technology solution to help doctors struggling to understand COVID-19 at the outset of the pandemic. At the time, he says there was a dearth of reliable, actionable information.

So Cameron approached colleagues working in health tech, where he had previously consulted as a subject matter expert in medicine, to suggest they work on building a tool to address the knowledge-sharing gap.

Together they co-founded Pandemos, a secure, physicians-only platform where health-care providers from around the world could share and access pandemic-fighting tips.

“There was a need for doctors to trade tips and tricks. Things like, how do you communicate between glass walls when you're intubating patients in negative pressure rooms? Doctors from around the world were tackling this problem and everyone had their own unique solutions – but the infrastructure for trading this practical knowledge didn't exist yet.”

Cameron says Pandemos was designed to fill a very specific niche before scientific studies had been conducted and published.

“We ran it for just shy of a year. We had users from 14 different countries and we were generating some good discussion. But it was a finite thing all along. All three co-founders had a very important year following that,” says Cameron who spent the past year studying for and completing his medical licensing exam.

Cameron says Pandemos will have a future iteration when he and his co-founder regroup this summer. He is now practicing emergency medicine full-time in Vancouver and says his experience in the GPLLM program and at Pandemos has only fueled his belief in how technology can solve critical health-care problems.

“When I think about overcrowding in the emerg, or how difficult it is to treat patients with substance use disorders, or whatever the emergency of the day is, the silver bullet to me is technology.”