'Do white people dominate the outdoors?' U of T expert on race in outdoors advertising 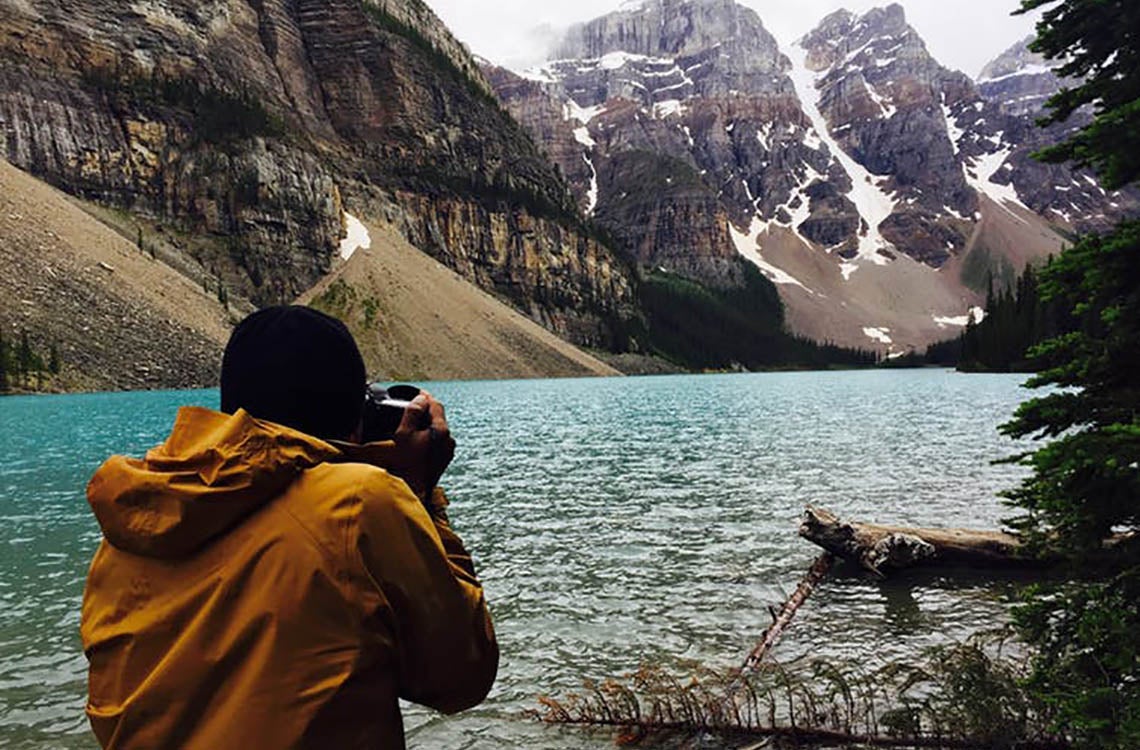 There is a long history of "visual apartheid" in the advertising of the outdoors industry – an absence of Indigenous, Black and racialized people (photo by Esther Wiegardt/Unsplash)

"Do white people dominate the outdoors?”

David Labistour, CEO of Mountain Equipment Co-op (MEC), asked that question. As Canada’s iconic retailer of clothing and equipment for the outdoors, what MEC says matters.

In his post on the company blog, Labistour says: “Historically, the models we’ve used in our catalogues and campaigns and on our website have been predominantly white.” Labistour apologizes for this.

He goes on to say: “As CEO of MEC, I promise that moving forward, we will make sure we’re inspiring and representing the diverse community that already exists in the outdoors.”

There is a long history of visual apartheid in the advertising of the outdoors industry. What I mean by this is the absence of Indigenous, Black and other racialized people in the ads.

Do a quick internet search for “outdoors recreation advertising,” and you will find mostly white people in the images. Whether it is canoeing, skiing, bicycling or camping, Black faces are not there.

Harriet Tubman was a wilderness expert

In reality, Black people have a long history of being in the outdoors in Canada. This history has been whitewashed, not just in outdoors advertising but also in conservation, outdoors education and environmental education.

Harriet Tubman is one of my inspirations for researching Black people in the Canadian outdoors. As a historical figure, she is associated with bringing fugitive slaves from the United States to safety in Canada via the Underground Railroad.

Viewed another way, Tubman was also an expert in outdoor survival skills. She made some 20 treks across the border, some in winter, using different routes to avoid the slave catchers. She was successful as her level of wilderness expertise was phenomenal.

The outdoors industry likes to suggest an adventurous lifestyle in its advertising. For winter activities they could seek inspiration from Matthew Henson, an Arctic explorer. A colleague of Robert Perry, Henson spent more than 20 years trying to reach the North Pole.

The quest to be the first person on that spot was a holy grail of white explorers for two centuries. Few expect a Black man to share that prize. Henson writes about his adventures in his book A Negro Explorer at the North Pole. Published in 1912, Henson makes it clear that the explorations depended on the expertise of the Inuit and their knowledge of the land.

Canoeing is an iconic summer activity in Canada. And Black people have always been there too. The voyageurs, paddling along the rivers and lakes of the country, in the fur trade with Indigenous people, is part of Canadian outdoors history.

Missing from that picture are the Black voyageurs and fur traders. For instance, there was George Bonga, a Black and Indigenous fur trader in Montreal in the 1800s. On the other side of the country, there was Joseph Lewis, a Black fur trader and explorer in Edmonton in the early 1800s.

Cowboys riding across the prairies, under the great big blue sky, is another mythologized image in the outdoors history of Canada. And once again the myth excludes Black cowboys such as John Ware.

Black cowboys helped to create the ranching industry in the prairies in the 1880s. The Calgary Stampede is part of their legacy. Canada Post honoured John Ware on a stamp in 2012.

It makes good business sense for MEC to include Indigenous, Black and racialized people in its advertising. They are becoming the largest segment of the population. The myth of Canada as a white nation is crumbling under the census numbers. If the outdoors industry is to thrive, it must reflect diversity in its advertising.

MEC has taken a step towards increasing racial diversity in the Canadian outdoors. Let us hope that other organizations such as parks, nature conservancies and environmental groups follow their lead.

However, it is too easy for the first step to be the only step. A commitment to diversity must be internal as well as external, and move beyond simply expanding a customer base, to employing Indigenous, Black and other racialized people and supporting their access to the great Canadian outdoors.

Jacqueline L. Scott is a PhD student at the Ontario Institute for Studies In Education at the University of Toronto.