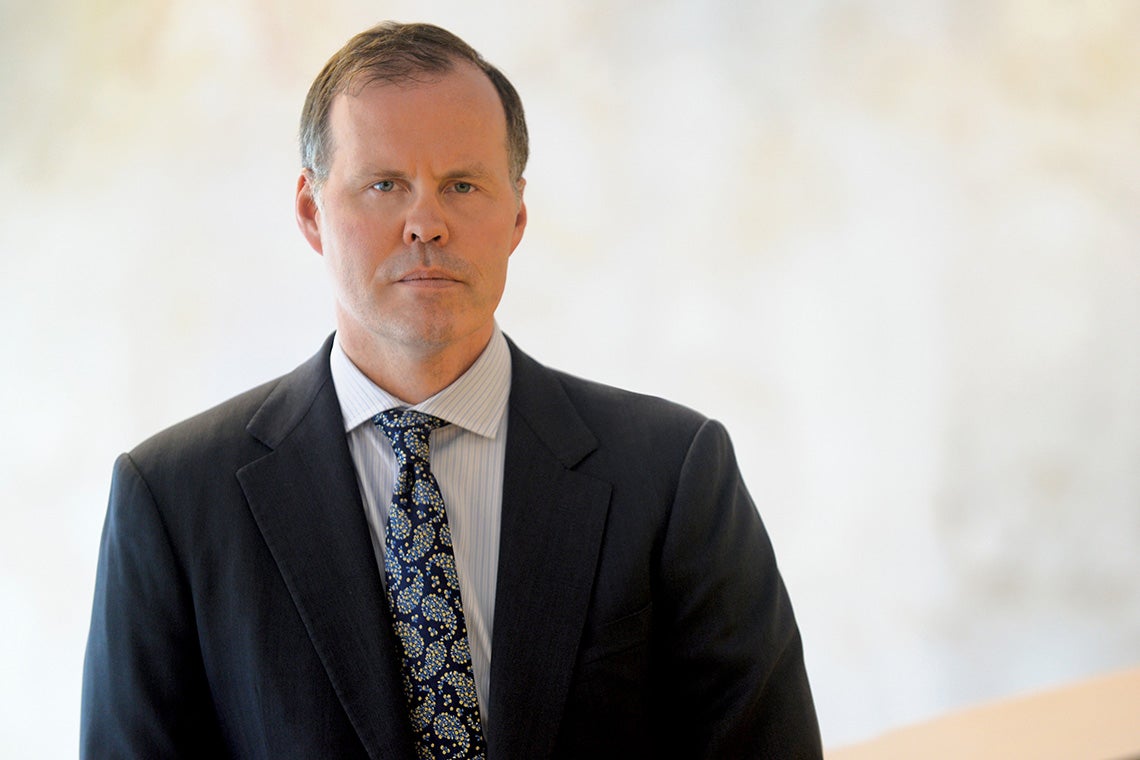 Adalsteinn Brown, the dean of the Dalla Lana School of Public Health, has been named to Ontario's Council on Improving Health Care and Ending Hallway Medicine

A health-care advisory council struck by the Ontario government will draw on the expertise of the University of Toronto's Adalsteinn Brown, the dean of the Dalla Lana School of Public Health.

The province said today Brown is among the members of the council, first revealed back in June, that will recommend a strategic, long-term vision for health care in Ontario.

Led by U of T alumnus and former Humber River Hospital CEO Rueben Devlin, the council is made up of 11 health-system experts and is charged with tackling such hot button issues as hospital overcrowding and “hallway medicine,” which refers to the practice of treating patients on stretchers in hospital hallways.

“This is an important opportunity to work collaboratively with government to make our health system better,” said Brown. “By exploring ways to improve efficiency, patient satisfaction and health outcomes, we can improve health at a population level and health services at a system level.”

Premier Doug Ford and Deputy Premier Christine Elliott, who is also minister of health and long-term care, revealed the makeup of the Council on Improving Health Care and Ending Hallway Medicine alongside a $90-million plan to add 640 new hospital beds and spaces in the province. They said the new spaces were an “immediate measure” to help communities prepare for the upcoming flu season. The government said it was also planning to move foward with a plan to add 6,000 new long-term care beds across Ontario.

“One patient treated in a hallway is one patient too many,” Ford said in a statement. “It's unacceptable that people are still waiting hours before seeing a doctor, or are forced to lie on stretchers in hospital hallways when they do finally get care.”

He added his government plans to add more than 15,000 new long-term care beds over the next five years.

Other members on the province’s advisory council with U of T connections include:

Elliott said in a statement hallway health care was a “multifaceted problem that will require innovative solutions.”