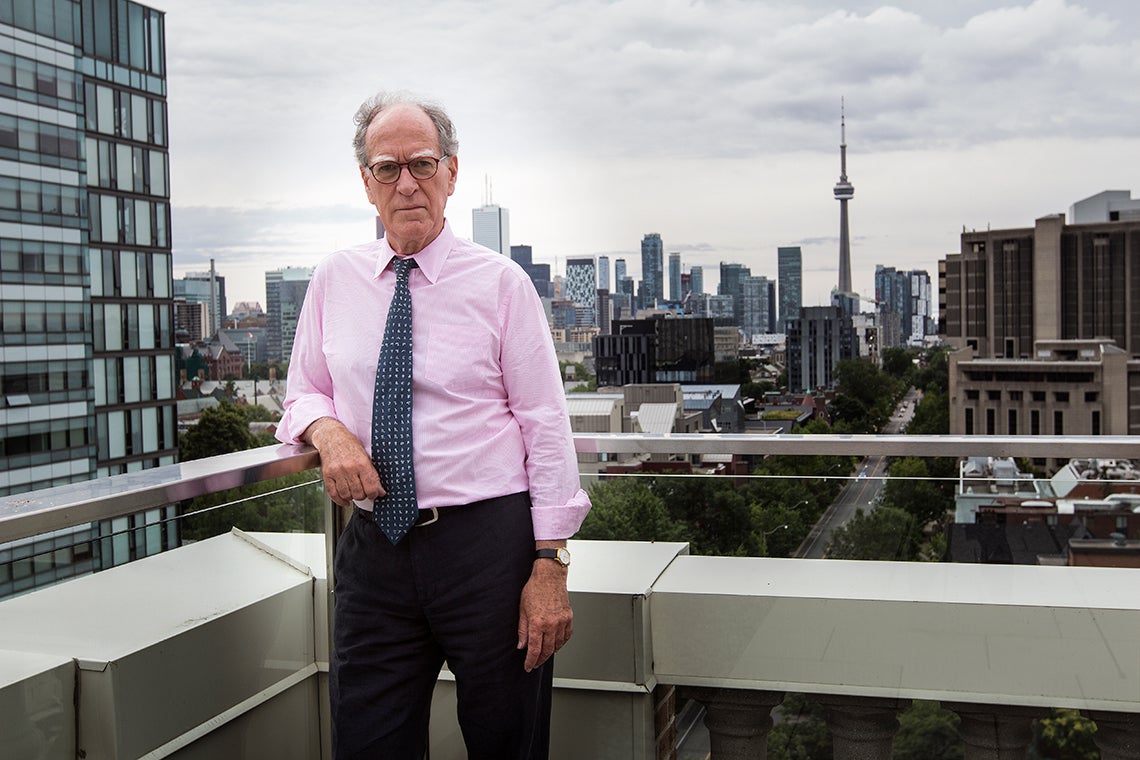 David Cameron is completing his term as dean of the University of Toronto’s Faculty of Arts & Science, a position he held for six years, but his guiding influence will continue when he comes back to serve as special adviser to the president and provost in January.

An accomplished political scientist, Cameron has been hailed as a steadying force at the university, which he has served in many capacities, including vice-president of institutional relations and chair of the political science department.

“I think I’ve had the best job in the university and one of the best jobs, frankly in my whole career,” Cameron said about his time as dean. “And I’ve had some pretty good jobs over the years.”

His resumé includes senior positions with the Ontario government such as deputy minister for intergovernmental affairs and deputy minister and special constitutional adviser to the premier.

Cameron, a scholar of Canadian federalism, Quebec nationalism and constitutional reform, later turned his attention to political change and constitution-making in conflict and post-conflict situations in places like Sri Lanka, Iraq, Somalia, the Western Sahara and Jerusalem.

“I’ve learned that most jobs that are truly fulfilling are hard,” he said. “They’re filled with challenges, opportunities and laced with engaging puzzles and strategic choices.”

“Not all hard jobs are good, but most good jobs are hard,” he added. “And being the dean of the Faculty of Arts & Science is a good, hard job.”

Cameron became interim dean in 2013 as the faculty was going through financial turbulence.

Under his leadership, the faculty has, by many accounts, grown, found new momentum and developed a greater sense of community.

“David has been a master craftsman at building a community and instilling a shared sense of purpose,” said Dwayne Benjamin,  the faculty's vice-dean of graduate education and a professor in the department of economics.

“In some sense, it reflects his leadership talents that he knows how to get things done in a diverse faculty. But even more so, creating an organization and administration where it is a fulfilling pleasure to work every day is a laudable end in itself.”

Those who have worked closely with Cameron note the ease he has brought to the role.

“David’s warmth, humour, integrity, compassion and sheer decency have never been overtaken by the position,” said Charlie Keil, the principal of Innis College and a professor at the Cinema Studies Institute and in the department of history. “He has never sacrificed his innate humanity for the role.”

Cameron is known for injecting humour and humanity into daily administrative life.

“Humour in life is precious and makes everything better,” said Cameron. “It helps to humanize people who have serious responsibilities.”

As for what comes next, Cameron is ready to take a break from the urban jungle after he steps down and heads to his family cottage in Quebec.

But it won’t last long.

In January, Cameron will return to administrative life at U of T as special adviser to the president and provost for a two-year term. In this role, Cameron will endeavor to provide the university with valuable insights into a range of key institutional files.

For now, he remains focused on leading the faculty until his last day in office.

“I'm not winding down,” he said. “I don't believe that you can escape the tight embrace of decanal responsibilities until virtually the last day of your term.”

In hindsight, Cameron is proud of what he has accomplished at the faculty, which will be headed by neuroscientist Melanie Woodin as of July 1.

“These kinds of administrative roles are never finished. You're always leaving your job undone and somebody else comes along and puts their own spin on it,” he said. “But my perspective is that the faculty is in a much better place than it was six years ago.”