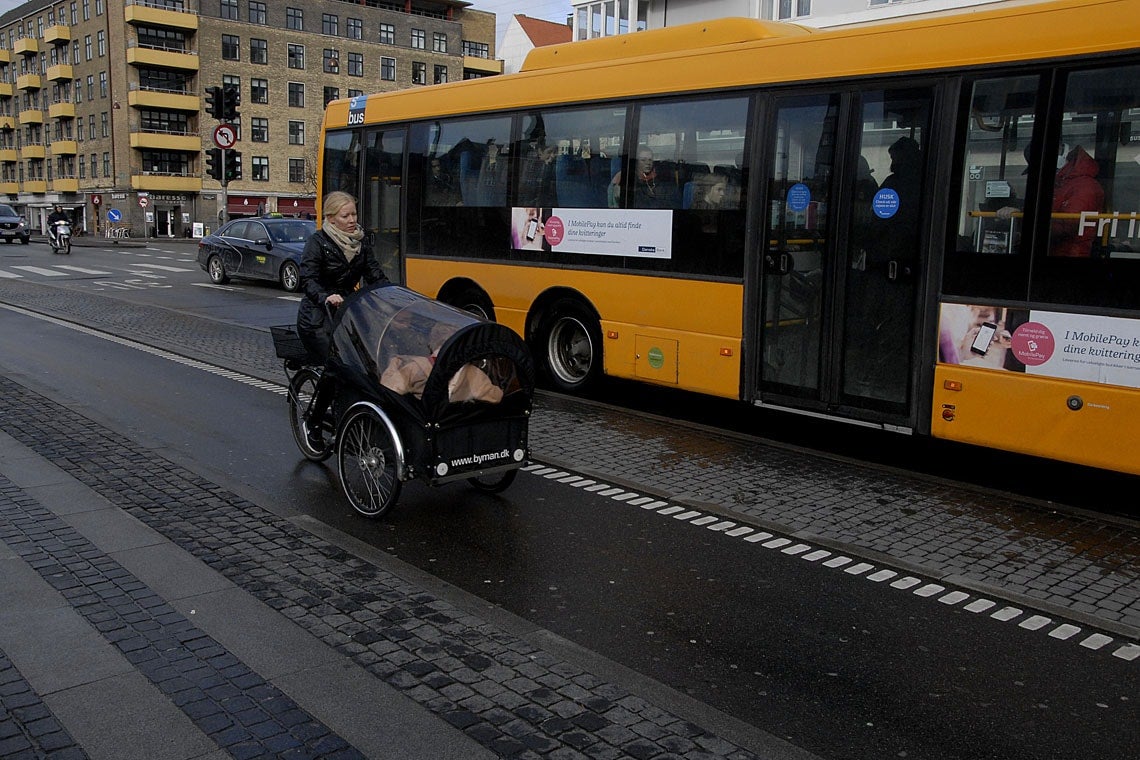 Critics of bike-lane networks in North American cities can sometimes be heard complaining that Toronto or New York is not Copenhagen. But as Matt Hoffmann, a professor of political science and co-director of the Environment Governance Lab at the Munk School, likes to point out, Denmark’s capital was equally reliant on cars and fossil fuels in the 1960s and 1970s. Now, Copenhagen has pledged to be the first major capital to go carbon neutral, by 2025.

Hoffmann recently spent three months there as part of a five-year project to study transformations towards “decarbonization,” which refers to decreasing the reliance on fossil fuels. He and the lab’s co-director, Steven Bernstein, lead the project’s international team that’s examining about 30 cases of similar initiatives around the world by governments, international organizations and non-governmental groups. As Hoffmann points out, cities like Copenhagen force you to completely re-imagine your own city and visualize a society that moves beyond carbon.

Copenhagen is now a world leader in decreasing its reliance on fossil fuels in every part of the city – they have decreased carbon use in buildings, the energy sector and in transportation systems. “One goal is to generate all electricity through renewable energy sources, and to change institutions and lifestyles – and to transfer those successes to other cities,” says Bernstein, also a professor of political science. “Copenhagen is attempting to re-orient its entire economic base so that it’s sustainable – with low-carbon construction, clean energy, low-carbon living and a deep change in norms and the common sense of what counts as living the good life” Hoffmann says.

Their “Policy Pathways to Decarbonization” project, funded by the Social Sciences and Humanities Research Council of Canada, focuses on how potential successes like Copenhagen develop and scale up to generate change in other places. A key part of the EGL’s mandate is to understand the trajectories and processes that lead to more sustainable societies.

Hoffman and Bernstein started the EGL three years ago with two goals in mind. First, they wanted to build a research hub within U of T to support projects exploring the challenges of environmental and sustainability governance that do not respect borders. Other projects based in the lab include research on accountability in global environmental governance, led by the Munk School’s Teresa Kramarz and Susan Park at University of Sydney in Australia, and a project on how international institutions work together or at cross purposes in promoting sustainable development. The lab producesworking papers and reports, as well as academic studies, but the directors are keenly aware that there is a crucial ongoing public conversation about climate change and sustainability, and they gear the lab’s activities and workshops to engage beyond academia.

Their second goal is to catalyze community building around environmental governance, internationally and here at U of T. Affiliated faculty include geographers, political scientists and computer scientists, and they come from universities in Canada, the United States, the UK and Sweden. The EGL is also one of 12 research centres of the Earth System Governance network, the world’s largest social science research network in the area of governance and global environmental change.

Closer to home, the EGL hosts brown bag lunches every 2-3 weeks where faculty, graduate students and occasional visitors present works in progress in an informal setting. While the topics are varied, many address transitions to more sustainable societies and disrupting fossil-fuel-based ways of living and seeing the world. “You have to disrupt the common sense that a fossil-fuel-driven economy and energy system is the norm,” Hoffman says.