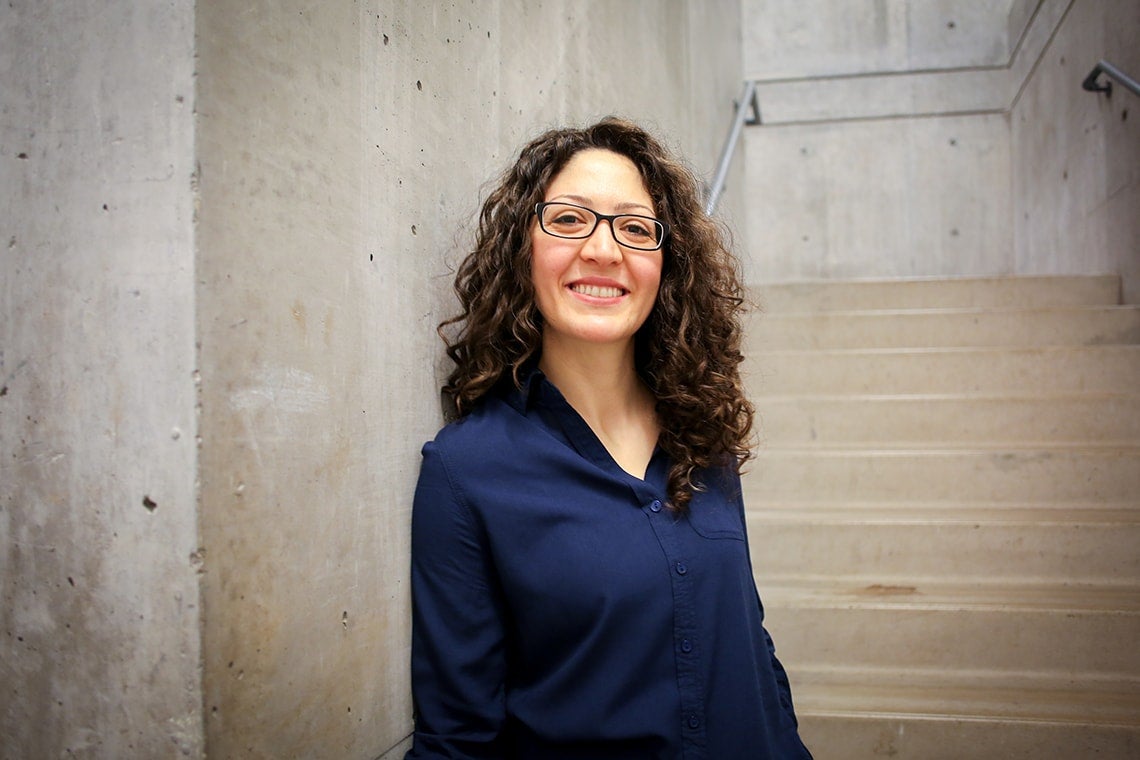 Canada will spend $125 billion on infrastructure maintenance and expansion in the next 10 years. Assistant Professor Fae Azhari is helping stretch those dollars farther by keeping our buildings, bridges, roads and reservoirs safe and structurally sound for longer.

Azhari’s research focuses on structural health monitoring. Just as you visit the doctor for periodic check-ups, structures need their health checked too – but instead of blood tests and heart rate measurements, engineers usually perform visual inspections and spot-checks with sensors and instruments.

“The problem with visual inspections is that they’re pretty subjective, and with periodic monitoring, you can miss certain events or failures,” says Azhari. “Now we’re moving toward continuous monitoring by incorporating permanent sensors on important structures to get real-time data.”

Degradation or damage suffered between inspections can have catastrophic consequences. In June 2013, a rail bridge just outside of downtown Calgary partially collapsed as a train was passing over it. The train, carrying flammable and toxic liquids, derailed. Emergency measures were taken to prevent the railcars from falling into the Bow River, which was running high with summer floodwater. The Transportation Safety Board of Canada determined that floodwaters had eroded the soil around the bridge’s foundations, causing the collapse. This loss of sediment from around foundational supports is called scour.

“Believe it or not, this happens very often, especially in North America and some Asian countries,” says Azhari. “Scour is a huge problem.”

For her PhD research at the University of California, Davis, Azhari tackled scour from a new angle: she took commercially available sensors that measure dissolved oxygen, typically used for agriculture or biological applications, and used them for sensing scour.

Azhari’s design was to attach a number of oxygen sensors at increasing depths along the buried length of the bridge pier. If the pier is properly buried, the dissolved oxygen levels detected by the sensors should be very low – but as scour erodes the sediments and exposes the sensors to flowing water, the dissolved oxygen levels rise. As scour progresses, more and more sensors become exposed, indicating how badly scour is threatening the bridge’s structural integrity.

She has also worked on concrete sensors, including a design that integrates conductive carbon fibers and nanotubes into concrete, making it a self-sensing material. Measuring the resistance across the material reveals the stresses and strains on it.

“This technology is well-proven in the laboratory, but moving it to the field is a big challenge,” says Azhari.

As she builds her research enterprise, Azhari plans to collaborate across disciplines and with key partners who could benefit from her sensors, as well her analysis and insight into the data that comes from them.

“It’s very important to get these sensors from prototype to implementation, and I want to work on that.”