Coffee shops, 24-hour ATMs are the best locations for life-saving AEDs, U of T research shows 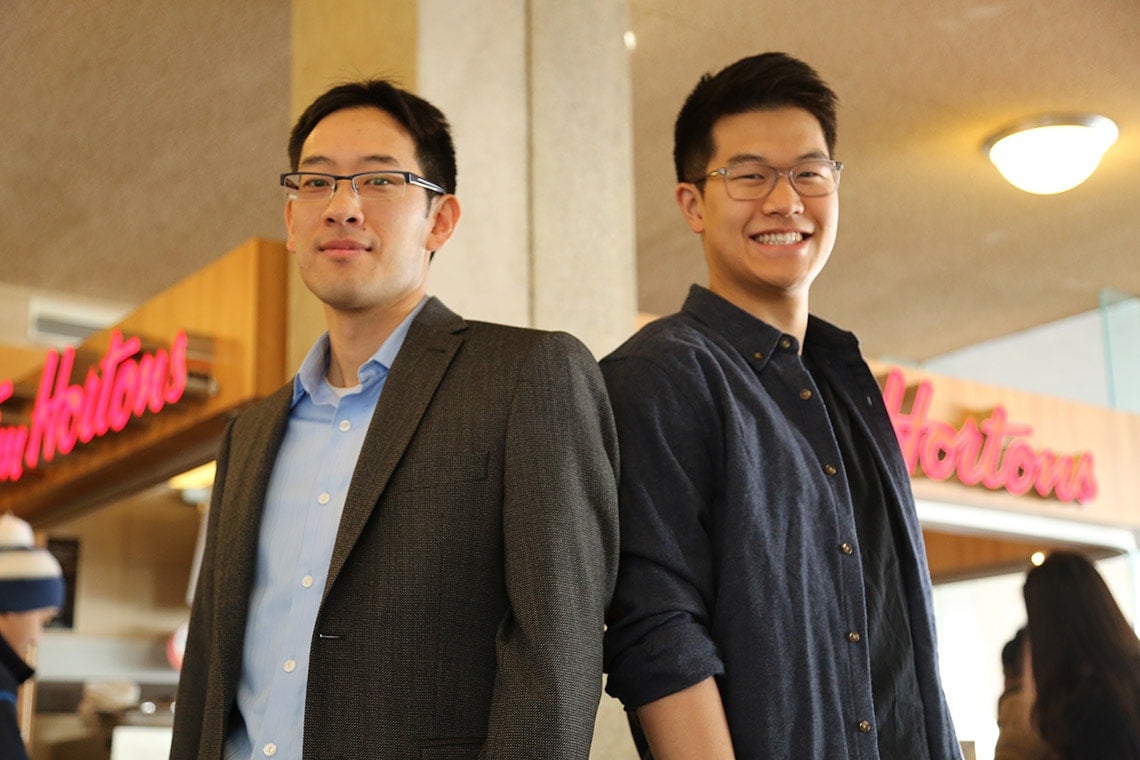 When a patient suffers cardiac arrest, every second counts — the chances of survival decrease by 10 per cent each minute. Responding quickly can be the difference between life and death, and that means having immediate access to a nearby AED.

“Previous research on AED placements had focused on broadly defined location categories, like shopping malls or office buildings,” said Sun. “But these categories generalize many individual businesses, which have different hours, activities performed, and other unique properties that meant we could be missing critical insight on which locations are really high risk. So we wanted to get more specific: which individual locations or businesses could AEDs be placed to make sure they are accessible to the largest number of people throughout the day.”

Their findings are already making headlines.

Their new study, published today in the American Heart Association journal Circulation, looked at where cardiac arrests occur, to find locations where AEDs would be most valuable. 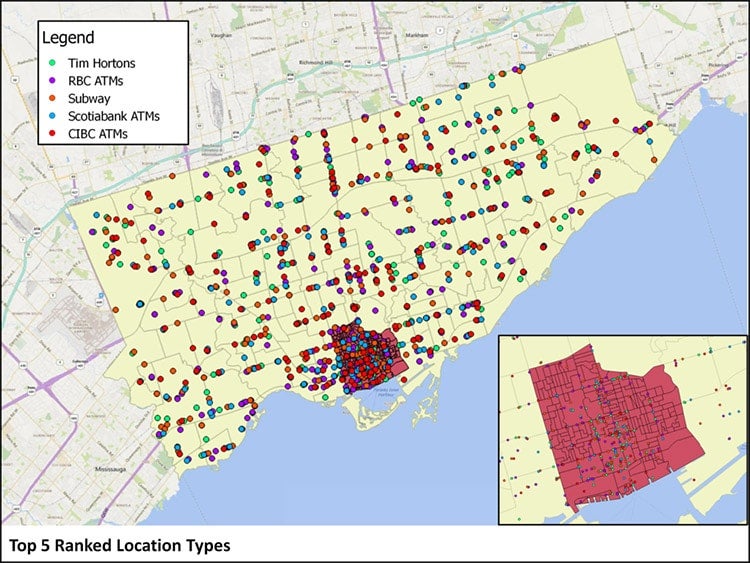 First, the researchers identified all businesses with 20 or more locations in Toronto – facilities such as Tim Hortons coffee shops or libraries that would make good candidates to place AEDs in.

Then they looked at the number of cardiac arrests that occurred within 100 metres of each location, during the businesses’ operating hours. Using this data, Chan and Sun calculated the “spatiotemporal cardiac arrest coverage” provided by each location or business. The specific locations and businesses were then ranked to determine a “Top 10” list of prime spots to place AEDs.

“We found that coffee shops and ATMs ranked highly across several related metrics, and that those rankings were stable over the years,” said Chan, who is the director of the Centre for Healthcare Engineering at U of T and a Canada Research Chair in Novel Optimization and Analytics in Health.

“What we found really interesting is that ATMs, as opposed to the more traditional businesses, are often standalone or outdoors, and are often available 24/7. They’re also universally recognizable and already have an electronic and security infrastructure – hypothetically, if we were to have AEDs paired with ATMs, it would be very beneficial,” said Sun.

Three coffee shop chains – Tim Hortons, Starbucks and Second Cup – as well as five of the big banks with many ATM locations, including RBC and Scotiabank, made the top 10. Tim Hortons was ranked first, with more than 300 shops in Toronto. These locations alone would have provided AED coverage for more than 200 out-of-hospital cardiac arrests over an eight-year period.

The researchers hope this new study could soon lead to AEDs placed in these optimal locations.

Chan’s lab has a number of ongoing research projects on AED placements, including using drones to deliver AEDs, and optimizing AED placements in high-rise buildings.

“Ultimately, we want to get AEDs in the right locations so they are accessible when needed most,” said Chan.

Sun says cardiac arrests are unique because in the early stages they can be treated as effectively by untrained responders as by paramedics.

“That’s why finding out the best placements for AEDs is so important,” said Sun. “We have the opportunity to save lives based on our level of preparation and organization.”

Top 10 locations for AEDs based on coverage