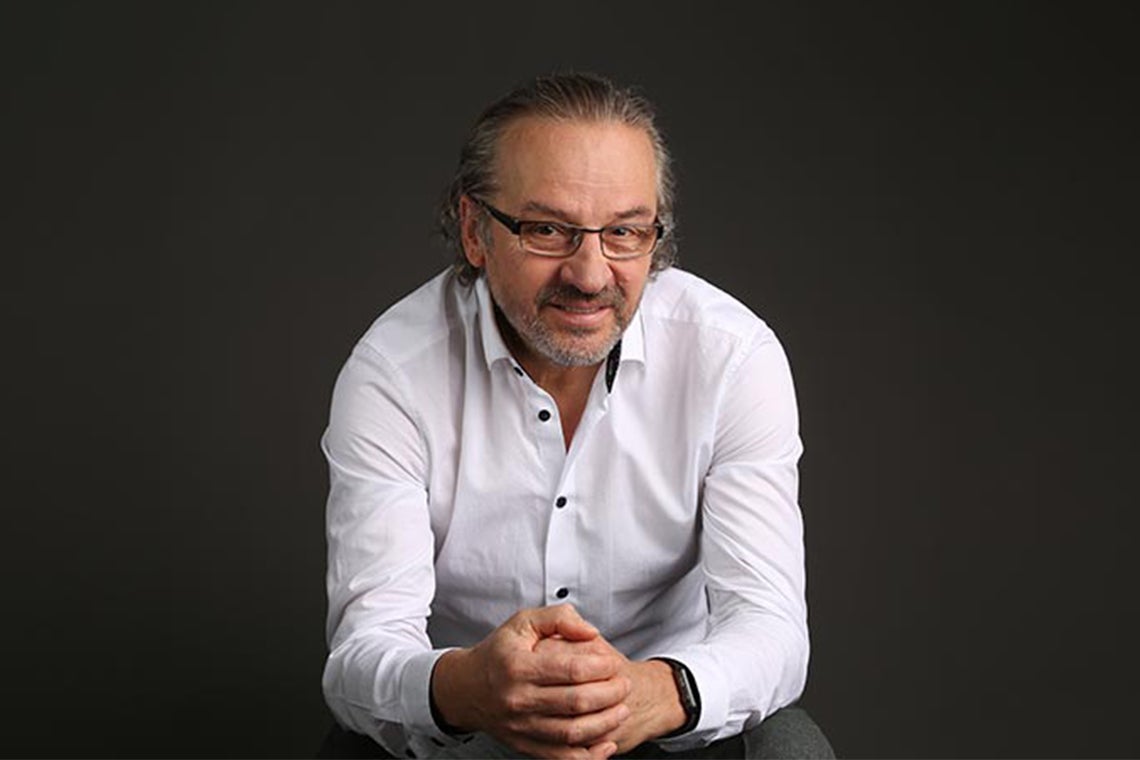 Stem cell pioneer Andras Nagy has a way of describing the work of your immune system: “It’s surveillance inside our body.”

That surveillance does us good when harmful bacteria or viruses enter our body. The immune system releases fighter cells to kill the invaders.

But regenerative medicine therapies often involve transplanting tissues or cells into a person. When new heart or pancreatic cells are transplanted, for example, the immune system will see these good things as enemies and reject them. Drug treatment can be used to suppress this immune response, but it can leave the person open to serious infection.

Nagy, a professor in the department of obstetrics and gynaecology at the University of Toronto's Temerty Faculty of Medicine and a senior investigator at Sinai Health System’s Lunenfeld-Tanenbaum Research Institute, and his research team have been experimenting with a process called “cloaking,” which he believes could be used to hide therapeutic cells from the immune surveillance system and allow them to do their good work.

Though this research will one day be applicable to all cell therapies, Nagy’s team is currently testing the cloaking technology with insulin-secreting pancreatic cells that are made from stem cells and could be a powerful cell therapy for type 1 diabetes.

Stem cells are cells that can be reprogrammed and turned into an unlimited source of any type of human cell needed for treatment. Nagy notes that the first years of stem cell research were at the basic science level, as scientists worked to understand the nature of stem cells. He says about 10 years ago, there was a notable shift to what he calls “translational” research. His work is part of this wave of applied science; in fact, in 2015 he co-founded a biotech company, panCELLa Inc., to make his cell technologies widely available.

“Regenerative medicine is at a point now where we can translate our research into therapies that can help all humankind,” he says.

The Canada Research Chair in Stem Cells and Regeneration, Nagy says that researchers have long known that transplanted cells and tissues can be attacked by the immune system.

“We wondered if there was a way to hide or ‘cloak’ these good cells, so the immune response wouldn’t destroy them,” says Nagy. “But before we could move into that we had to deal with a significant hurdle – the safety of the implanted cells.”

Nagy points out that when these new cells are created, there is a chance they could mutate and become cancerous. The more cells needed for a therapy, the more cell divisions that take place, meaning a higher chance of mutation and cancer.

In earlier research, partially funded by a previous Medicine by Design team projects award, Nagy published a paper in Nature that described a “fail safe” cell technology that he and his team devised that can increase the safety of a cell graft and has a formula to quantify the risk of mutation so that people can make an informed decision on whether such a risk is acceptable to them.

The fail-safe system is a switch that eliminates potentially dangerous cells during cell therapy. The switch is introduced into stem cells, which are then turned into the therapeutic cells. The switch is turned on by a drug that can be added to the cell graft or applied directly into the body after transplant.

Nagy says the killer switch is fail safe because it is composed of two genes, one required for division and one that can trigger cell suicide, stitched together. If a mutated gene begins dividing, the drug is there to activate the kill switch and kill the cell. And if the cell loses the switch, it also loses the ability to multiply.

With the important first step of creating the fail safe switch done, Nagy turned to the cloaking, work that is supported by his team’s current Medicine by Design team projects award.

Nagy’s team is one of 12 sharing nearly $21 million in funding from Medicine by Design over three years. Funded by a $114-million grant from the Canada First Research Excellence Fund, Medicine by Design is an institutional strategic research initiative that is working at the convergence of engineering, medicine and science to catalyze transformative discoveries in regenerative medicine and accelerate them toward clinical impact.

“Medicine by Design has been really important in supporting scientists in bringing the possibilities of regenerative medicine to patients. I’m grateful to Medicine by Design for funding the high-risk and high impact projects that many other funding agencies often say are just too ambitious.”

The cloaking technology involves turning off certain genetic switches in the cells created from stem cells to avoid detection by the immune system. This work was supported by findings from a devastating cancer found in Tasmanian devils, the marsupial native to the Australian state of Tasmania.

Between 1996 and 2015, 95 per cent of the Tasmanian devil population was wiped out as a result of contagious facial cancer cells transmitted when the devils bit each other. Nagy’s research found that the cancer had a way of cloaking itself from the devils’ immune system, which backed up his theory that cells could be hidden from the immune system.

Nagy identified eight genes that are central to immunity. He reasoned that just as the Tasmanian devils’ facial cancer could avoid detection by turning off the right genetic switches, his stem cell-derived cells could similarly become cloaked. Scientists in Nagy lab have been testing the cloaking in mice with encouraging results. 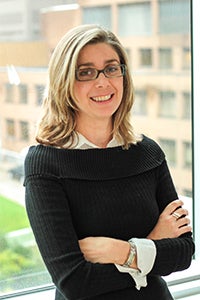 The Nostro lab’s focus is to generate insulin-secreting pancreatic cells from stem cells. These cells could one day have the potential to treat patients with type 1 diabetes. Nostro works closely with Vasconcelos, whose lab focuses on helping to keep the transplanted cells alive once they enter the body. Cells need oxygen and other nutrients, which are delivered through the blood vessels.

Together, the team is testing ways to integrate Nagy’s technologies into Nostro’s functional pancreatic cells. Vasconcelos’s aim is for these therapies to survive in the body.

“When you just transplant the cells, they don’t have blood vessels, so they’ll die, independent of whether the immune system kills them or not. If they die, we’ll never know if it was the immune system or lack of oxygen,” Vasconcelos says. The Vasconcelos lab team repurposes small vessels, which exist in fat. They then use the vessels as units to increase blood flow and allow the cells to engraft and survive after they have been transplanted.

Nagy says the combination of the fail safe and cloaking technologies will make for a powerful therapy. “On the one hand, we can now introduce good cells into recipient’s body that can be hidden from the immune response and do the work they were intended to do. And that means doctors won’t have to use immunosuppression drugs. Finally, if one of the newly created cells is cancerous to the patient, our safe-cell technology can kill it or at least give us information on risk that we can communicate to the patient.”

When stem cell-derived therapies are created for individual patients, Nagy says, it is expensive, costing hundreds of thousands of dollars per patient. Nagy envisions turning his cells that combine fail safe and immune cloaking technologies into “off-the-shelf” products that can be used by anyone and are inexpensive.

Nagy has been building a notable research career in regenerative medicine since he came to Canada from Hungary in 1989, initially joining the lab of renowned researcher and University Professor Janet Rossant at the Samuel Lunenfeld Research Institute (now the Lunenfeld-Tannenbaum Research Institute) at Mount Sinai Hospital.