With climate summit ahead, OECD leader talks at U of T about global progress on climate change 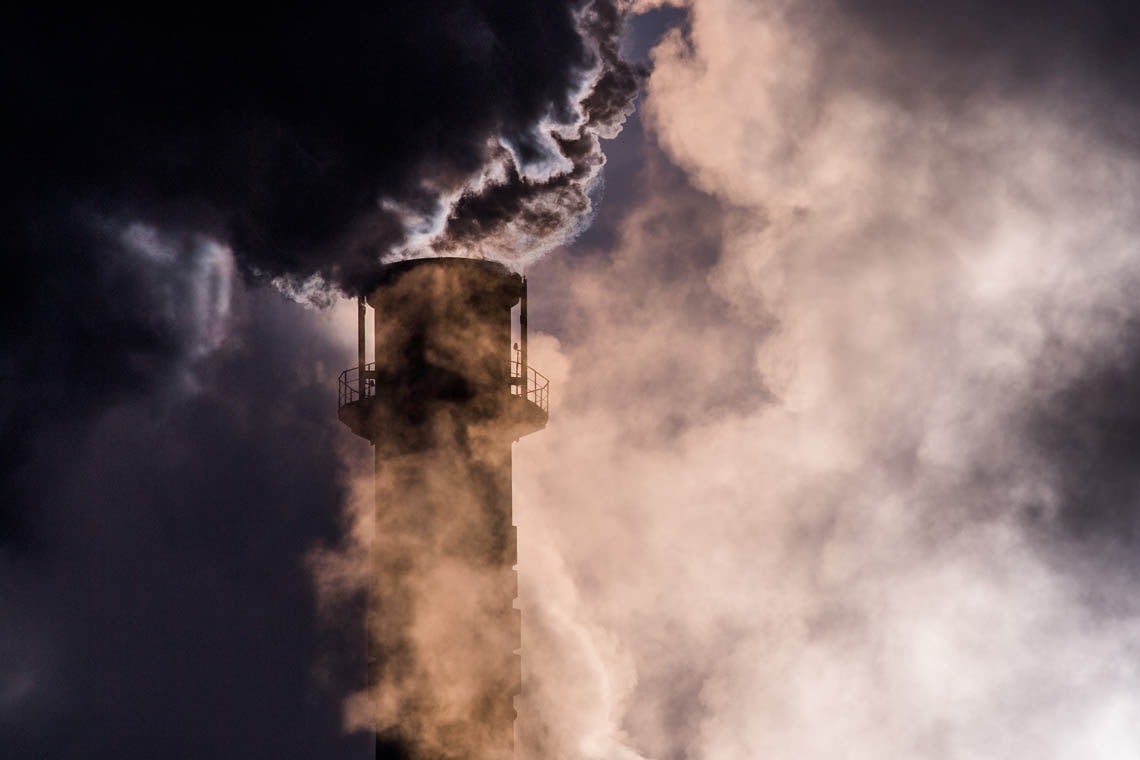 Steam and exhaust rise from a steel mill in Duisburg, Germany (photo by Lukas Schulze/Getty Images)

Less than a week before COP23 – the UN's climate summit in Bonn, Germany – the University of Toronto's Munk School of Global Affairs is hosting a discussion tomorrow with the secretary-general of the Organization for Economic Co-operation and Development (OECD) who will give a quick snapshot on how the world is faring with emissions targets.

Angel Gurría, a former minister of foreign affairs in his native Mexico and minister of finance and public credit in the 1990s, has headed the OECD, an intergovernmental economic organization of 35 member countries, since 2006. Professor Randall Hansen, interim director of U of T's Munk School of Global Affairs, will be moderating the 10 a.m. talk at 1 Devonshire Place, which also can be viewed in a live webcast of the event.

In 2015, world leaders signed the Paris Agreement, vowing to hold the rise in global average temperatures to below 2°C. A report released today by the United Nations Environment Program (UNEP) states there's a substantial gap between those emissions targets and actions taken by various countries.

Gurría (below) will review climate action since the Paris Agreement, discuss the challenges ahead and call for international co-operation in Bonn.

“It’s too early to say which countries are on target and which are not, but we do know that at an aggregate level, we are not on track to limit the average global temperature rise to below 2°C,” said Secretary-General Gurría in a Q & A with U of T News, prior to this week's event.

“Global emissions need to peak as soon as possible and fall sharply thereafter.”

Earlier this year, U.S. President Donald Trump announced that the U.S. would pull out of the Paris Agreement, and Gurría said he hopes there will be U.S. engagement with COP23 “in some capacity.” 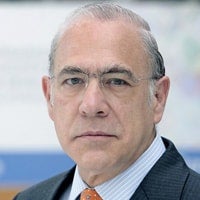 In your talk, Secretary-General Gurría, you will be taking stock of progress since the Paris Agreement in 2015. Can you talk about how we’re doing as a whole when it comes to climate change goals and carbon emissions targets? Are most countries/some countries meeting targets? Which ones?

Different countries are taking action in different ways, reflecting their own priorities and national circumstances. It’s too early to say which countries are on target and which are not, but we do know that at an aggregate level, we are not on track to limit the average global temperature rise to below 2°C. I hope that the dynamic processes established by the Paris Agreement will allow countries to increase their level of ambition over time. The process (known as the facilitative dialogue) starting in 2018 will enable us to take stock of collective efforts and should make it clear that countries need to accelerate and scale up their emissions-cutting efforts. All countries need to ensure their short-term actions are consistent with a path to achieve zero net emissions in the second half of the century. Encouragingly, a recent OECD report prepared for the G20, Investing in Climate, Investing in Growth, shows that countries can achieve strong and inclusive economic growth while reorienting their economies towards development pathways with low greenhouse gas emissions and high resilience to the effects of climate change. These benefits will be maximized if everyone works together.

How is Canada doing in terms of meeting climate change goals? How about the U.S?

In 2009, Canada set a target of reducing greenhouse gas emissions by 17 per cent by 2020, compared to 2005 levels. By 2015, emissions had fallen by only 2 per cent, so the 2020 target appears nearly impossible to achieve. To meet the 2030 target of reducing emissions by 30 per cent relative to 2005 would require annual reductions in emissions of about 1.7 per cent – much larger than we have seen over the past decade. So Canada needs to tackle the high emissions intensity of its energy production sector. The new policies foreseen under the Pan-Canadian Framework on Clean Growth and Climate Change should, if fully implemented, put Canada on the right track, according to government projections. But there is no time to lose. We will soon be releasing an environmental performance review of Canada with more detail on this.

The U.S. is progressing well – it reduced its emissions and grew its economy at the same time in 2016. These recent decreases are consistent with a decade-long trend, with energy-related CO₂ emissions 14 per cent below the 2005 level in 2016. That said, recent U.S. announcements have raised concerns for its neighbouring country to the north, given the integration of the Canadian and U.S. markets. The U.S. decision not to implement the Canada-U.S. commitment to reduce methane emissions from the oil and gas sector is a setback, as is the decision to allow the construction of the Keystone XL and Dakota Access pipelines for delivering Canadian oil into the U.S., which will likely result in greenhouse gas emissions from Alberta’s oil and gas sector exceeding a recently allowed ceiling of 100 megatonnes.

The U.S. EPA announced recently that it had signed a measure to repeal former U.S. President Barack Obama’s policy to curb greenhouse gas emissions from power plants. What would be the effect of that and other Trump administration initiatives on both the U.S. and global climate change goals?

The plans to roll back environmental legislation risk reversing many years of progress on curbing damaging air pollution and greenhouse gas emissions. They would also further entrench unsustainable economic activity and drive up the cost of future climate action. But irrespective of its federal government, the United States will continue to make progress. Clean technologies are now often cheaper than their fossil fuel equivalents and over 380 U.S. mayors and 11 governors have committed to honour and uphold the 2015 Paris Agreement. California for example – a front-runner in terms of climate mitigation action – has a much larger GDP than many countries, including Canada. So action on climate change is moving forward despite the position of the U.S. government.

Secretary-General Gurría, you will also be making a call for countries to reinforce international co-operation on climate action at the upcoming COP23 talks in Bonn. What are you expecting in terms of co-operation from the U.S. and President Trump? Do you expect a senior representative from the Trump administration to attend?

The Trump administration has not ruled out the possibility of re-engaging in the Paris Agreement, and I would expect them to continue the U.S. engagement with the United Nations Framework Convention on Climate Change process in some capacity. I also hope that the U.S. government might find it possible at a future moment to reconsider its decision to leave the Paris Agreement.

What are the challenges ahead when it comes to climate change?

The challenge is going to be to scale-up and accelerate climate action. The Paris Agreement provides us with a dynamic mechanism for overcoming the lack of ambition we’re seeing due to countries taking short-term views and focusing on narrow national policy agendas. Global emissions need to peak as soon as possible and fall sharply thereafter.

For this, we will need to re-engineer the global financial system to make sure it directs investment that supports inclusive, sustainable growth, not the old fossil fuel-intensive growth model. The world we live in today has been hardwired for fossil fuels. So strong climate policies need to be combined with pro-growth structural reforms and an alignment of policies across the economy – everywhere from electricity regulation to rural land use policy – so that they are consistent with low-emissions, climate-resilient development pathways.

Finally, action is also needed to increase resilience to climate change and particularly to extreme weather events, many of which are set to become more intense and more frequent. Developed countries need to mobilize climate finance to support more ambitious action in developing countries. Public and private finance mobilized by advanced economies for climate action in low-income countries reached US$62 billion in 2014, up from US$52 billion in 2013, according to analysis by the OECD and the Climate Policy Initiative. Developed countries have committed to mobilize US$100 billion a year by 2020. In 2016 the OECD published a report that showed the path to 2020 for mobilizing this finance.