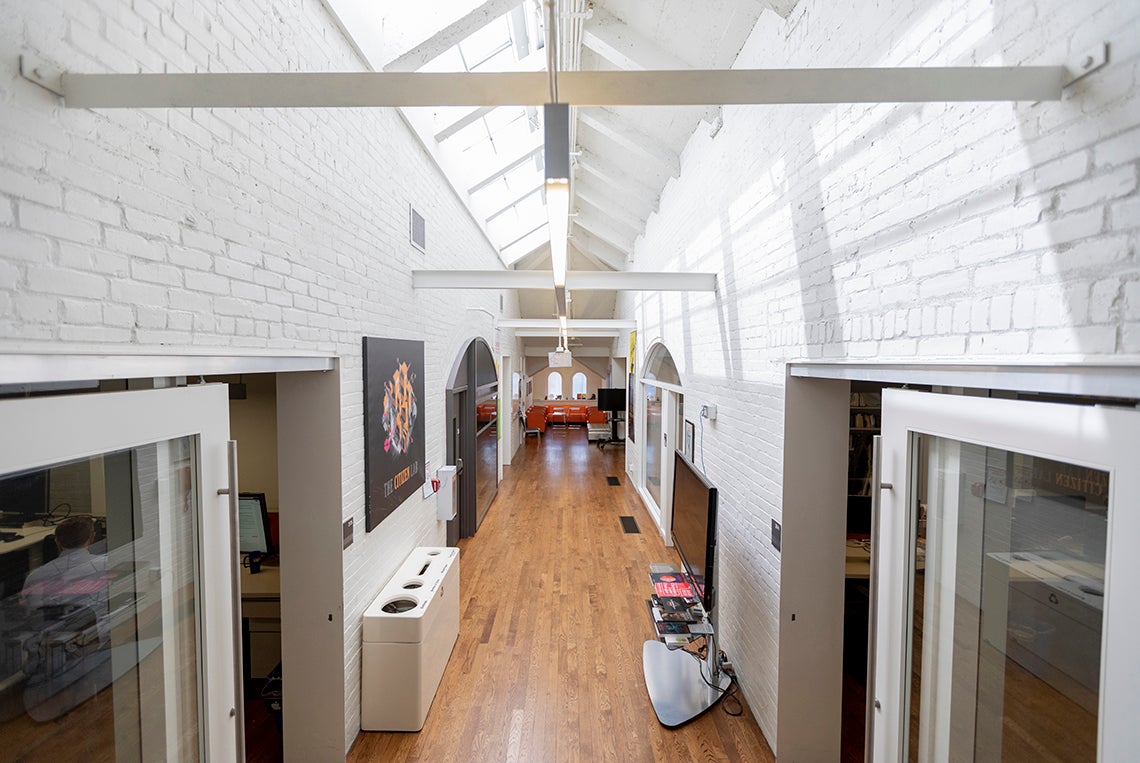 A new report by U of T's Citizen Lab, pictured above, concludes "with moderate confidence" that an Iran-aligned disinformation campaign targeted Saudi Arabia, the U.S. and Israel (photo by Nick Iwanyshyn)

“What this shows is that more and more parties are entering the disinformation game,” John Scott-Railton, a Citizen Lab senior researcher, told the Associated Press, “and they’re constantly learning.”

The Citizen Lab, an interdisciplinary centre and digital communications watchdog based at the University of Toronto's Munk School of Global Affairs & Public Policy, began investigating in 2017 after an inauthentic article was posted to Reddit about British Prime Minister Theresa May “kissing up to Arab regimes.”

The trail led to a host of “tactics, personas and narratives” that were used to inflame “geopolitical tensions,” the Citizen Lab report says. The investigators dubbed the campaign “Endless Mayfly” because, like the insect, the spurious stories were short-lived, disappearing soon after publication.

The researchers  “conclude with moderate confidence that Endless Mayfly is Iran-aligned and has been operational since at least early 2016.”

An Iranian Embassy press secretary denied that his government was engaged in digital disinformation, the AP reported.

Read more about the report in the Globe and Mail