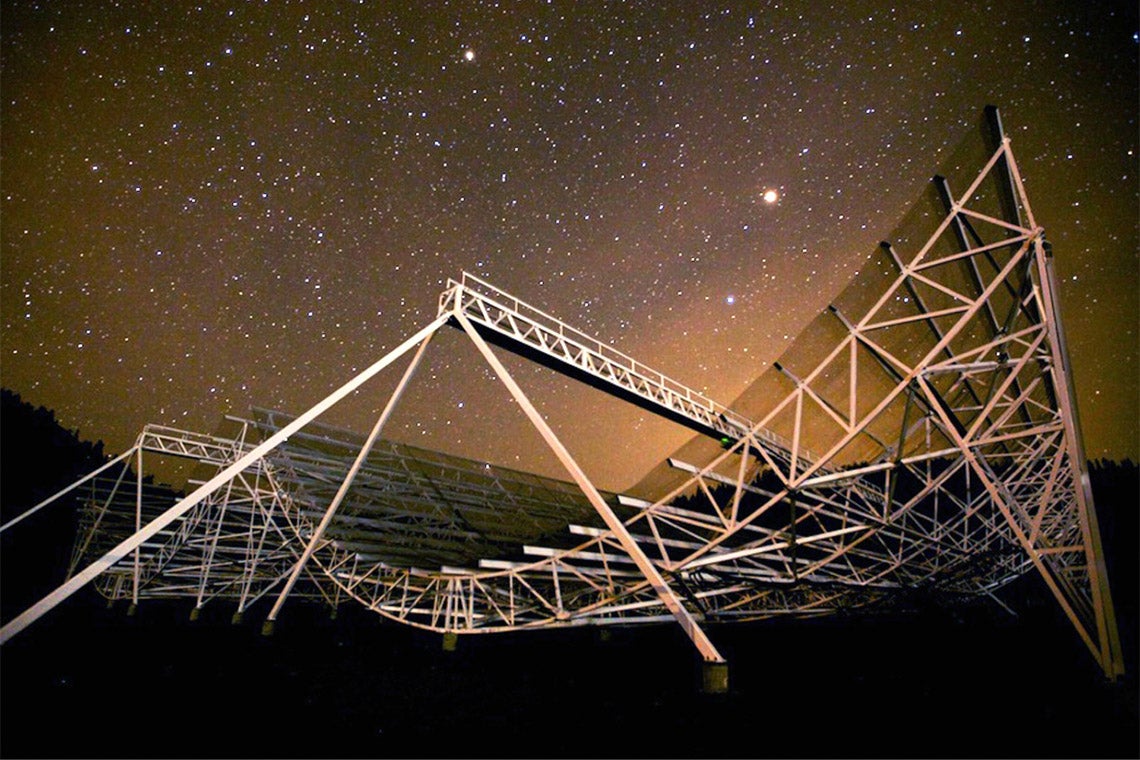 The findings, described by U of T researcher Dongzi Li as "unexpected," are the first to demonstrate that repeating FRBs can burst predictably (photo courtesy CHIME)

A Canadian-led team of astronomers, including researchers from the University of Toronto’s Dunlap Institute for Astronomy & Astrophysics, has discovered that a repeating fast radio burst (FRB) originating from a nearby galaxy pulses at regular intervals.

The findings, described in a study published recently in Nature, are the first to demonstrate that repeating FRBs can burst predictably.

The finding was unexpected. “We were surprised by the fact that the FRB has regular activity on the time scale of weeks,” said Dongzi Li, a PhD student at Dunlap and corresponding author of the paper. “Most people would expect it to be at much shorter time scales, like seconds or even milliseconds, from rotation of a compact star. Any explanation for a 16-day cycle is likely very different.”

FRBs were discovered over a decade ago. First thought to be singular events, astronomers have since learned that some of these high-intensity blasts of radio emissions, in fact, repeat.

Though the explanation for the mysterious phenomenon is still elusive, the new study is another step towards determining what might be causing FRBs.

“There are suddenly lots of concrete questions to ask and to follow-up on,” explains Li. “If any observed properties of the bursts change regularly with the same 16.35-day period, it will tell us about the environment close to the burst.”

Earlier this year, astronomers in Europe, in partnership with the CHIME/FRB Collaboration, were able to pinpoint FRB 180916 to a nearby galaxy located 500 million light years from Earth.  Astronomers worldwide are now studying the source with a variety of telescopes, in the hopes of explaining the repetition.