Children show preference for local accent – even in multicultural Toronto: U of T study 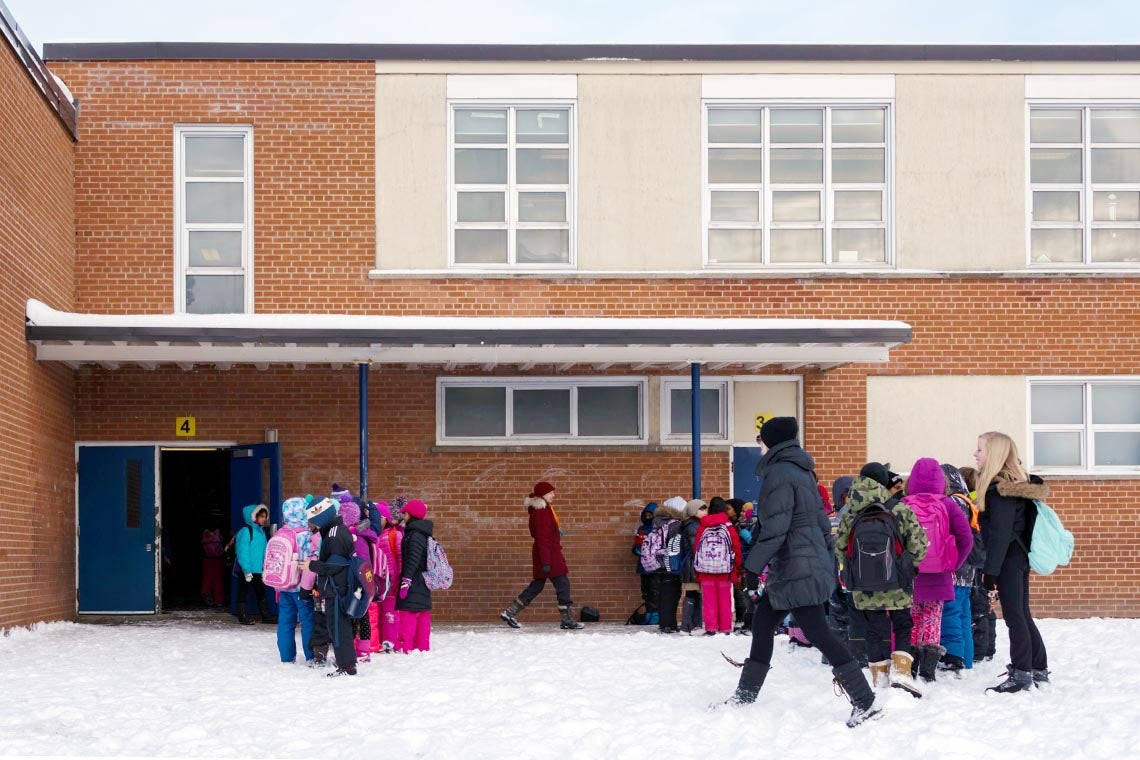 The study, which involved current and former U of T Mississauga researchers, found English-speaking Toronto children showed preferences for peers who spoke with the locally dominant accent (photo by Roberto Machado Noa/LightRocket via Getty Images)

In the sonic whirl of Toronto, where the sounds of city life include more than 200 languages and inclusivity is part of the curriculum at every stage of a child’s education, you wouldn’t expect children to show a preference for one accent over another.

A recent study by researchers at the University of Toronto Mississauga found the city's children still showed strong preferences for peers who spoke with the locally dominant accent, despite routine exposure to differently accented speakers.

“Previous studies had examined more homogenous communities in suburban Boston and Chicago,” says Elizabeth Johnson, an associate professor in the department of psychology.

“We wondered if those feelings about people who speak in different accents would be the same for children growing up in the Greater Toronto Area, where children are regularly exposed to a wide range of accents.

“We predicted – incorrectly, as it turns out – that children who had familiarity with many different accents would not show these biases in their friendship preferences.”

In collaboration with her former U of T Mississauga postdoctoral student Melissa Paquette-Smith, now an assistant professor at UCLA, Johnson published “The Effect of Accent Exposure on Children’s Sociolinguistic Evaluation of Peers” in the January issue of Developmental Psychology, a journal of the American Psychological Association. Researchers from the University of Nottingham, the University of Waterloo and Sookmyung Women’s University collaborated on the research.

The study showed five- and six-year-old English-speaking children images of two children on a computer screen. One child in each pair shown on the screen spoke English with a Canadian accent and the other spoke English with either a British or a Korean accent. The pairs of children were as indistinguishable from one another as possible, with their accent being the only major difference between them.

Overall, children showed a preference for the child who spoke with a local Canadian accent, although this preference was much stronger when the other child spoke with a Korean accent, rather than a British one.

Johnson cautions that this study deals in first impressions, and the results don’t mean that children who speak with non-local accents will necessarily face social isolation at school.

“Having a bias does not equate with ill-will or thinking badly of someone who has an accent. That is not something that we looked into. We only asked ‘who would you rather be friends with?’” she says.

“Taking away all other information except accent allowed us to reveal that children were sensitive to accent, and it was playing into their friendship preferences. But that’s an artificial situation, and if we had given the children more information – for example, a reason for the Korean accent speaker to be chosen over the Canadian accent speaker, like being nice or more social – we might have seen very different results.

In recent years, people have grown far more attuned to discrimination based on appearance, but Johnson notes that we also rely strongly on the way people speak to form social judgments.

“That's true for adults, and also for really young kids,” she says. “The seeds of these sorts of biases are present very early in development. People are aware of racial biases, but should also be aware of biases based on the way people speak. These biases emerge really early, and can be taken into account in the classroom and in social settings.

“Understanding why children develop biases against speakers who speak differently may help us to design interventions that can decrease or maybe even prevent these biases from developing in the first place.”