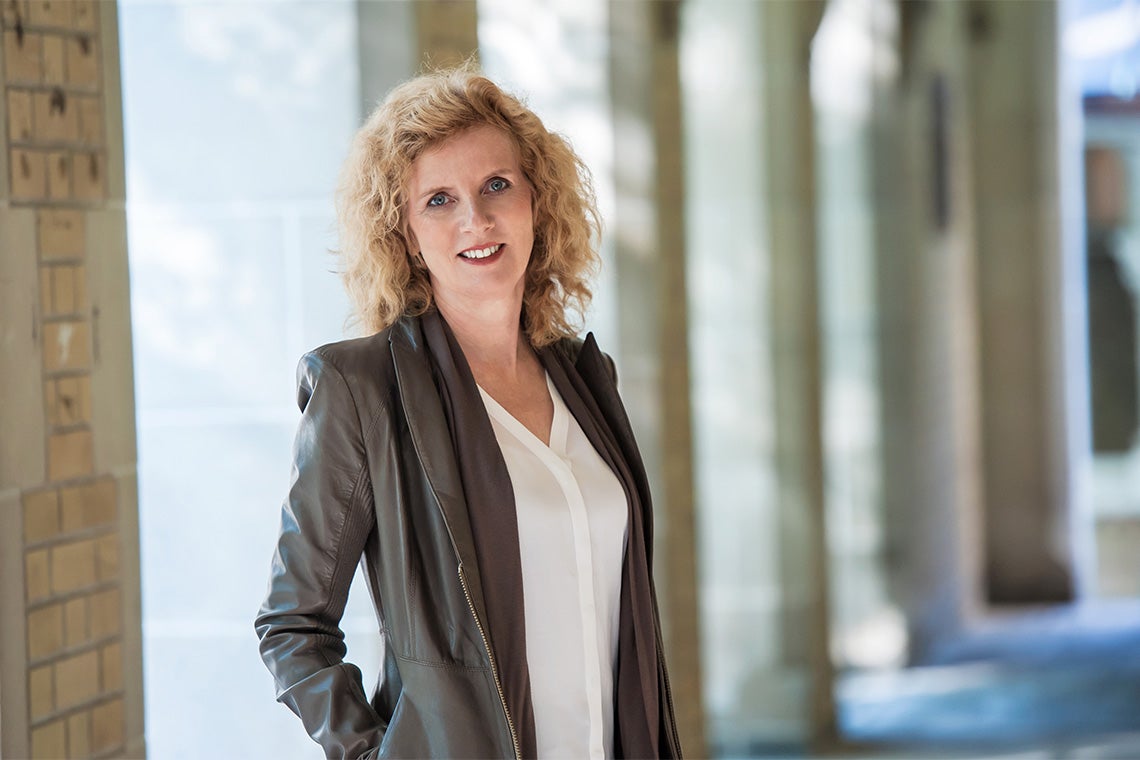 Cheryl Regehr, the vice-president and provost of the University of Toronto, has been appointed to a second term.

Approved Thursday by U of T’s Governing Council, Regehr is being re-appointed for a four-year term that begins July 1, 2020.

“Under Professor Regehr’s leadership the university has made significant progress on a number of key priorities covering a wide range of areas,” said President Meric Gertler, pointing to areas like undergraduate and graduate education, diversity and leadership.

“I am delighted that Professor Regehr will continue to serve in the crucial role of vice-president and provost and I look forward to continuing to work with her on advancing the mission of the University of Toronto.”

First named vice-president and provost in 2013, Regehr has sought to open the university's doors to students of all backgrounds by enhancing equity and outreach programs. During her tenure, U of T formed a partnership with the Toronto District School Board to invite students from two high schools to the St. George campus for one semester to complete a for-credit course, co-op placement or other experiential learning activity. The SEE U of T program (Support, Engage, Experience U of T) provides a pathway to university for students who face systemic barriers to post-secondary education.

“We can only be great if we ensure that every single excellent student here in the city of Toronto believes the University of Toronto is a place for them, a place where they belong,” Regehr said last spring at the program’s launch.

She has also played an integral role in U of T’s efforts to move towards reconciliation with Indigenous Peoples. In 2017, Regehr and President Gertler received the final report by U of T’s steering committee on Truth and Reconciliation, including 34 calls to action. She has since supported numerous efforts to increase the Indigenous presence on campus by recruiting more Indigenous staff and faculty and reaching out to Indigenous students.

Regehr’s other achievements include supporting faculty excellence and leadership, U of T’s co-curricular record and securing funding for student spaces, study abroad and experiential learning opportunities. She has also worked to secure enhanced supports for graduate students, including maternity benefits, and to foster inclusivity through unconscious bias training and other programs.

Before becoming vice-president and provost, Regehr was U of T’s vice-provost, academic programs. From 2006 to 2009, she was dean of the Factor-Inwentash Faculty of Social Work.

With a master’s and PhD degree in the field from U of T, Regehr has an academic and professional background in social work. She has written six books and over 100 scholarly articles on overlapping topics such as trauma and recovery, and stress, trauma and decision-making in emergency service professions.

Regehr’s achievements as an administrator, educator and social worker have been recognized beyond the university. In 2015, for example, the Women’s Executive Network named her one of Canada’s 100 most powerful women.