A decade of the Dunlap Institute: 'We’re not only celebrating a 10-year anniversary, but a 100-year conversation' 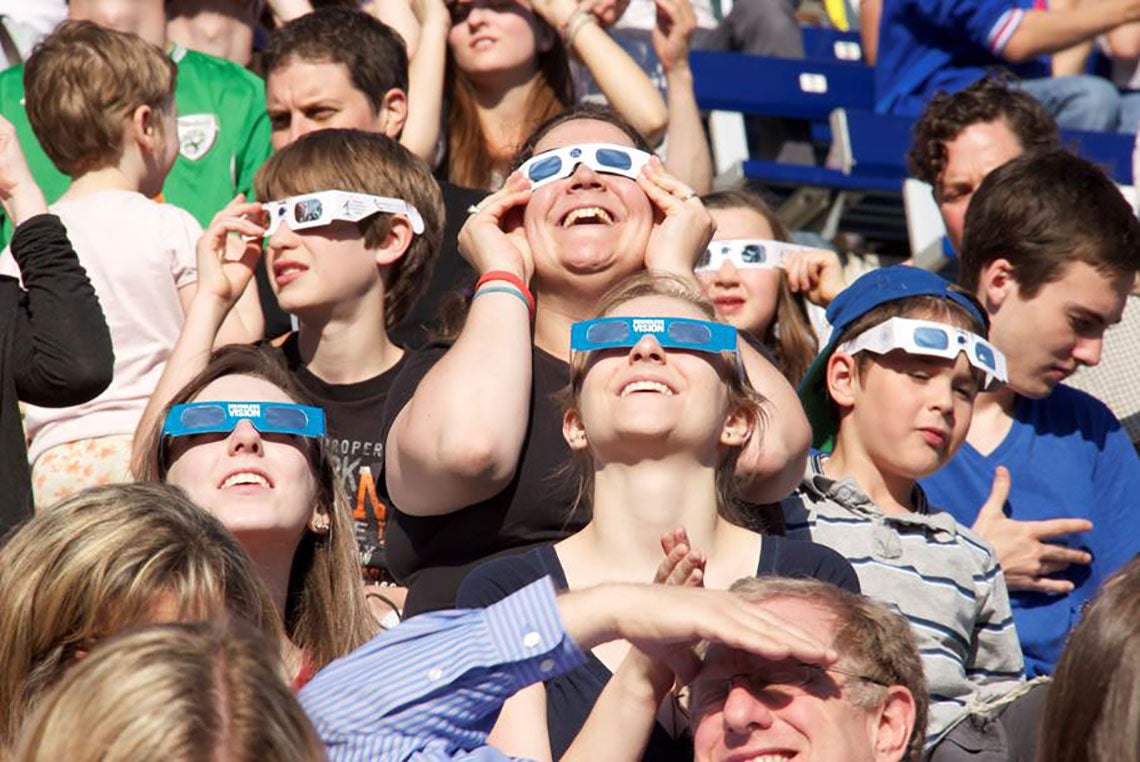 University of Toronto President Meric Gertler and Faculty of Arts & Science Dean David Cameron hosted David and Moffat Dunlap and members of the Dunlap family at a gala dinner last month to cap off the 10th anniversary of the Dunlap Institute for Astronomy & Astrophysics.

The Dunlap Institute, established in 2008, joined the department of astronomy and astrophysics and the Canadian Institute for Theoretical Astrophysics (CITA) at U of T to form the leading centre for astronomical research in Canada.

In the decade that followed, Dunlap grew to increasingly deliver on its mandate to develop innovative astronomical technology, conduct groundbreaking research, train the next generation of astronomers, and share the excitement of astronomy with the public.

Also in attendance was CITA’s Peter Martin, who was instrumental in founding the institute. “The Dunlap Institute is strongly rooted in traditions associated with the Dunlap name,” Martin said. “The institute has touched many, nationally and internationally, through its innovative and ambitious research, training, and education programs. What a wonderful start over the first decade.”

The dinner also acknowledged the long and historic relationship between the Dunlap family and the university,  which began in 1921 when David and Moffat’s grandfather, David A. Dunlap, met Clarence Chant, founder of U of T’s department of astronomy, at an astronomy lecture given by Chant.

In 1926, Dunlap’s widow, Jessie Donalda Dunlap donated funds in memory of her late husband that made possible the Dunlap Observatory in Richmond Hill. Then, in 2007, an endowed gift from David and Moffat led to the establishment the Dunlap Institute.

10 years of the Dunlap Institute: A timeline

In the words of the institute’s current director, Bryan Gaensler, “We’re not only celebrating a 10-year anniversary, but a 100-year conversation.”

Dunlap’s annual Astronomical Instrumentation Summer School for undergraduate and graduate students from around the world has been the institute’s flagship training initiative since 2012. And the Dunlap Institute has sparked a love of astronomy in tens of thousands through events like Astronomy on Tap T.O., and through opportunities to view the 2012 transit of the Venus, the 2015 Supermoon total lunar eclipse, and the 2017 solar eclipse.

“The first 10 years of the Dunlap Institute were about figuring out what we want to do and then finding the right people to do it,” Gaensler said. “We now have a clear plan for the future and a superb team on board, and we’re ready to put our foot to the floor. Brace yourselves for an upcoming torrent of new discoveries and talented young researchers.”