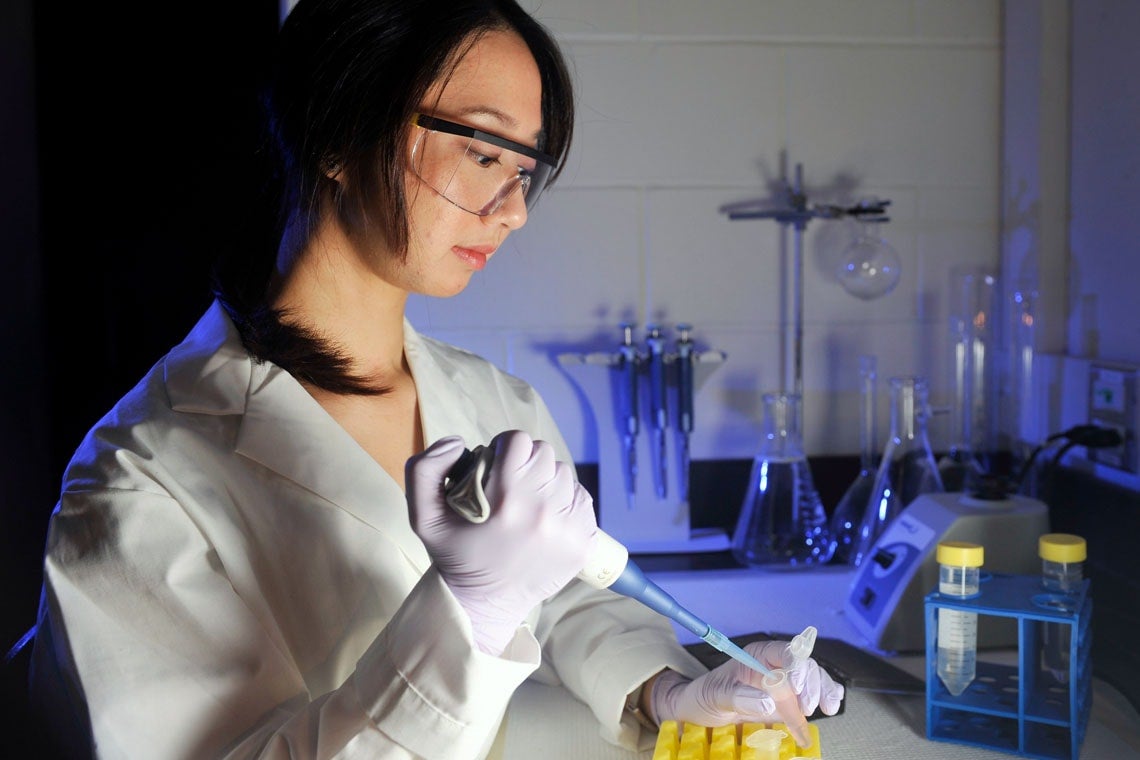 Nearly 200 concerned researchers gathered in Toronto last week – and another 185 tuned in online – to discuss the recommendations of a recent review of Canada’s support for fundamental science, and devise a strategy to turn them into reality.

Jim Woodgett, a professor in the department of medical biophysics at the University of Toronto, helped organize the event at the Metro Toronto Convention Centre.

“The goal was to keep the conversation going,” said Woodgett, who is also the director of research and senior investigator at the Lunenfeld-Tanenbaum Research Institute.

“The report deals with the whole ecosystem of research and really provides a framework for pushing research forward in the next couple decades.”

A similar research community meeting was held the same day at the University of Alberta, while a third is scheduled to be held later this month at McGill University.

Attendees at the Toronto meeting, which included researchers from across the country and representatives from the Indigenous research community, demonstrated “unanimous support for the principles of the document as a whole and an agreement to get behind this,” Woodgett said.

A nine-member panel, chaired by U of T President Emeritus David Naylor, conducted the review; results were released April 10. The panel found per capita federal investment in fundamental science has slumped in recent decades and recommended sweeping changes to the oversight of core funding bodies as well as a $1.3 billion boost in federal funding over four years.

It was first such review of Canada’s research funding system in 40 years.

Naylor kicked off the Toronto event by explaining the panel’s report, taking questions from the audience and underscoring the opportunities for Canada if it makes fundamental research a priority.

When it comes to realizing the all-important boost in funding – estimated at less than half a per cent of the annual federal budget – Woodgett said the research community needs to do a far better job than it has historically of convincing politicians and voters why fundamental research is critically important.

“The ball is in our court to make a more effective case,” he said. “If we don’t, we only have ourselves to blame.”

To get that ball rolling, Woodgett said, researchers will be reaching out to politicians, engaging MPs with concrete examples of how researchers’ efforts affect their constituents. “It’s the good news stories about what research can achieve,” he said.

For those who want to stay on top of efforts to keep the issue in the public eye, Woodgett recommended signing up for a newsletter that’s being launched this week. (To subscribe, send an email to sciencereview@lunenfeld.ca.)

Bryan Stewart, a vice-principal of research and professor in the department of biology at the University of Toronto Mississauga, echoed Woodgett’s call to action.

“We can’t be caught in the trap of believing in the self-evident importance of our work, rather effort is required both, formal and informal, to tell our stories at every opportunity, explain what we do, and why science funding is needed,” he said.

Once a leader in spending on fundamental research, Canada’s ranking has slipped in recent years – and funding is key to attracting leading researchers from around the globe.

“If the changes recommended by the Naylor report are adopted, our ability to recruit new faculty, especially in an internationally competitive market, will be significantly improved,” Stewart said.

At the same time, the Naylor report noted an increased focus on “priority-driven and partnership-oriented” research has funneled dollars away from investigator-led projects.

“What’s happened to funding for science in Canada for the past 20 years is an increasing proliferation of little programs with fairly big budgets,” said Professor Justin Nodwell, chair at U of T’s department of biochemistry.  “I’m not opposed to any of these little programs, but the effect of that has been to divide up the funding pool into increasingly little pools so the amount of money available to scientists who want to pursue their own ideas has grown increasingly tiny.”

The problem, continued Nodwell, is that fundamental research doesn’t only yield knowledge. It also opens doors to brand new avenues of inquiry that can have far-reaching social and economic impacts – everything from curing diseases to launching novel industries.

“I’m on the 16th floor of MaRS and there are three people who are starting companies on my floor and all of those ideas came from basic, fundamental research that the scientists came up with on their own,” he said.

“They weren’t co-founded with private sector interest or things the government asked them to invent. They were things they invented with their own curiosity and intelligence.”

Nodwell said he plans to ask faculty members in his department to write to the government, and to meet their students to make sure they understand what’s happening and what they can do to help.

“The campaign needs to be between now and the end of October because the 2018 federal budget will mostly be set by then, at least that’s my understanding,” he said.

Now is the time to act, Woodgett agreed.

“This the first global report on science in Canada in four decades,” he said. “I don’t expect another one to come along any time soon.”