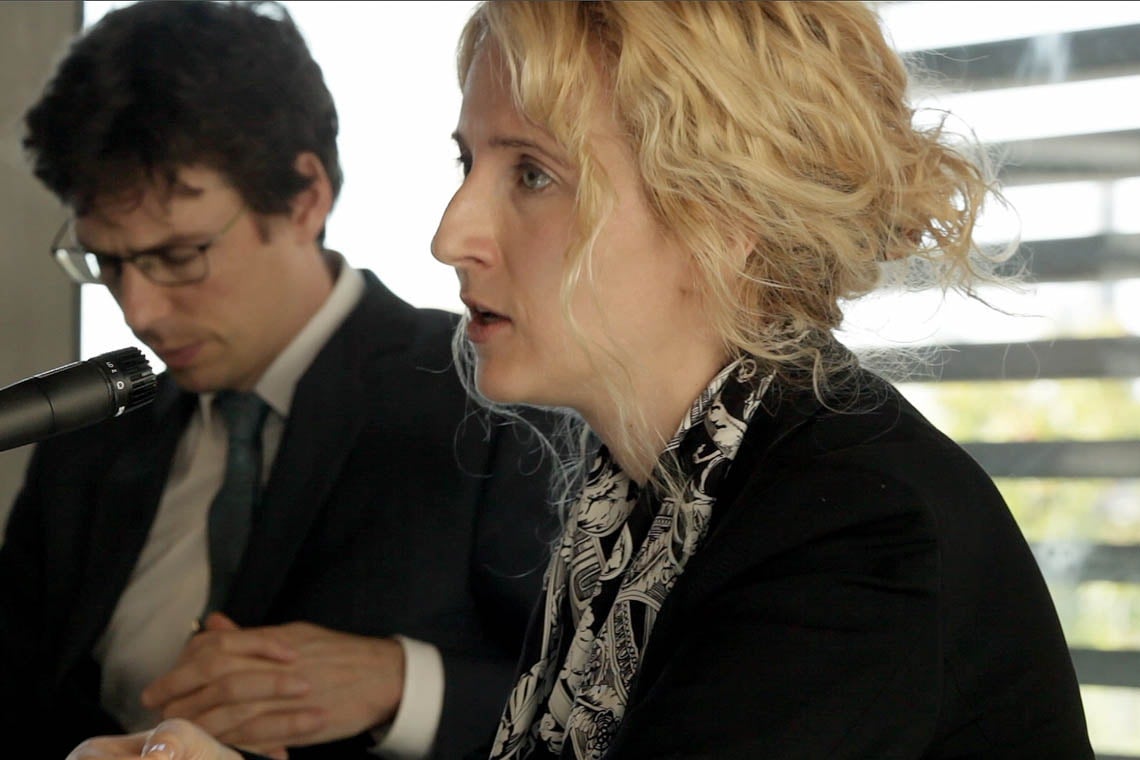 Twenty years ago, a group of Canadian diplomats, politicians and civil servants used some very undiplomatic pressure tactics to get a landmark treaty banning landmines through the United Nations.

The drive and audacity that led to that treaty is desperately needed today to help the world find a solution to problems such as climate change and displaced people, University of Toronto researchers told a conference in Toronto last week.

The conference, The Ottawa Process Twenty Years Later, was organized by U of T’s Bill Graham Centre for Contemporary International History. It was held to commemorate the 20th anniversary of the signing of the Convention on the Prohibition of the Use, Stockpiling, Production and Transfer of Anti-Personnel Mines and on their Destruction.

Speakers at the two-day conference included Foreign Affairs Minister Stéphane Dion and many of the key players in what was called the Ottawa Process, such as former foreign affairs minister Lloyd Axworthy.

U of T participants included Faculty of Law research associate Maria Banda; Erin Mooney, a senior research associate at U of T’s Trinity College who is also a senior protection adviser to the United Nations, Protection Capacity (ProCap); and Robert Bothwell, a history professor at the Faculty of Arts & Science and U of T's Munk School of Global Affairs.

Watch video highlights of the conference

Banda, who also practises international law in Washington, D.C., said Canada should lead the drive to help vulnerable countries deal with the effects of climate change.

“Canada used to be good at helping because we were able to come up with innovative, creative ideas for some of the big challenges of the day,” Banda said. “We need to be a bit radical again.”

Climate change is the most urgent issue of the day, she said, because it is more than an environmental problem. It’s also a threat to peace and security, especially in countries less resilient to shocks than our own, she said, noting that Syria’s civil war, for example, is rooted in a drought that has lasted for a decade.

“If Canada wants to help, it needs to think bigger, think long-term," she said. "How do we prevent another Syria? How do we help hundreds of millions of people keep their homes? Because even if we win this particular battle, we’re still at the risk of losing the larger war because climate-induced disasters will keep sending more refugees, more migrants every year.”

While acknowledging the current refugee crisis, Mooney said the current focus on refugees is ignoring internally displaced people – those who have been forced to leave their homes because of wars and other upheavals, but who aren’t classified as refugees because they haven’t crossed international borders. Sixty-five million people around the world have been displaced, she said.

She added that countries producing mass displacement are found in every region of the world: Africa, Middle East and South America.

Displaced people are in considerable danger, she said.

“Displacement, whatever its causes, exposes people to a wide range of risks: loss of home, loss of livelihood and separation of families. They are also exposed to protection risks – child trafficking, forced recruitment, sexual violence and so forth.”

Thanks to its international reputation and success with the Syrian refugee resettlement program, Canada has the moral authority to urge the world to adopt more stringent protection policies for internally displaced people. But policies aren’t enough, Mooney acknowledged. They need to be backed up with support and security for humanitarian workers and the displaced people they are working with. And here, Canada can play a role as well.

But “we need a full-court press, a messianic drive” similar to the Ottawa Process, Mooney added.

“This is an urgent challenge, one of epic and ever increasing proportions, and it has massive repercussions for international peace and security.”