Can a ‘problem’ be a solution? U of T’s School of Cities rethinks Toronto’s aging apartment towers 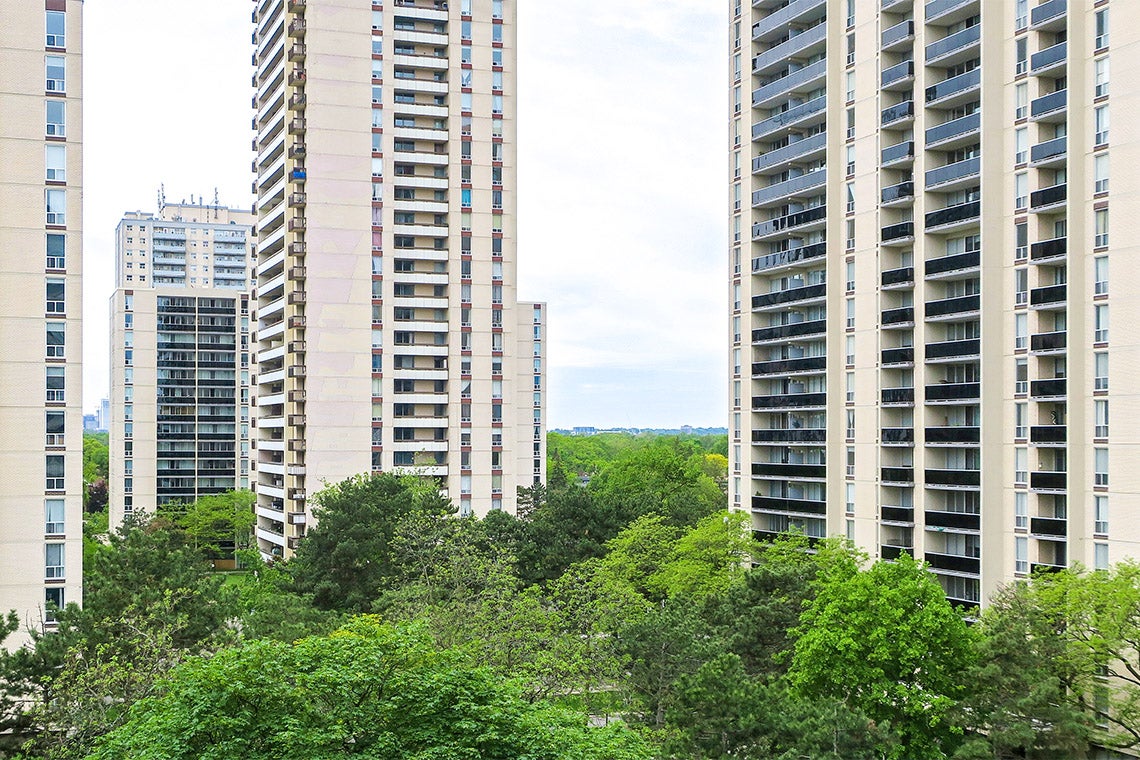 U of T researchers are studying whether Toronto's aging concrete apartment towers, surrounded by green spaces, can play a role in addressing the city's future climate risks and socio-economic challenges (photo by Chris Jongkind/Getty Images)

In Toronto and other cities around the world, clusters of aging high-rise apartments surrounded by trees are a familiar fixture on the urban horizon.

Once touted as a haven of middle-class living, the “tower in the park” planning model was popular in the 1950s and 1960s but is increasingly viewed as anti-urban and an obstacle to further densification. At the same time, many of these concrete giants are falling into disrepair and increasingly house low-income and marginalized tenants. 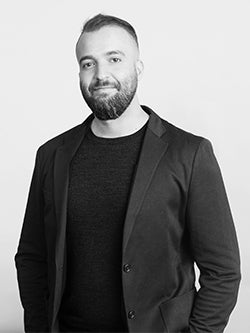 Yet, where many see a problem, the University of Toronto’s Fadi Masoud sees a potential solution.

The assistant professor of landscape architecture and urbanism at the John H. Daniels Faculty of Architecture Landscape and Design says the buildings and, in particular, the surrounding open spaces may actually carry with them the seeds of urban resilience – a way to counter future climate risks as well as socio-economic stresses arising from income inequality and mental and physical health challenges.

“Green spaces – specifically trees and mature canopies – have the potential of alleviating an urban heat island effect, cleaning the air and reducing flooding,” says Masoud, noting that many of Toronto’s concrete apartment towers were placed amid green areas such as the Black Creek subwatershed in the city’s highly urbanized northwest region.

“But rarely do we consider these green spaces as critical infrastructure for dealing with climate change.”

The idea is being explored by Masoud and his interdisciplinary team through a project called “Towers in the Park: A Prospective for Equitable Resilience.” The project aims to evaluate the social and environmental value of public and private open-space assets – including parks surrounding Toronto’s apartment towers – as they relate to the city’s overall resilience goals. It will also explore the potential for integrating adaptation and mitigation strategies in the tower neighbourhoods.

It is just one of the innovative interdisciplinary research projects supported by U of T’s School of Cities. The school is part of the university’s Institutional Strategic Initiatives (ISI) program, designed to address complex global challenges by harnessing U of T’s top-quality academic talent across many fields of expertise. Each initiative brings together flexible, multidisciplinary teams of researchers and students from across faculties and campuses, as well as partners from industry, government and the community. 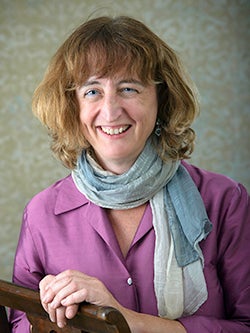 “I like to say that the School of Cities teaches the world why cities matter for prosperity, sustainability, justice and inclusion,” says Karen Chapple, the school’s new director. “Cities have the solutions to a lot of our issues, whether it's climate change or inequality or systemic racism. And cities can only be the solution, and the school can only teach the world, if we can draw from interdisciplinary research.

“That's why our status as an ISI is so important to us.”

The school, in fact, was a model for the ISI program. It was founded in 2018 as a way to bring together the university’s formidable resources to address the myriad challenges facing the world’s urban areas, where more than half the population now lives.

“Instead of the traditional approach, involving city planning and maybe some of the social sciences, the thinking was, ‘Why don’t we draw also from computer science, biology, ecology, history, English and all the wonderful things that the university has to offer?” says Chapple. “That has been our founding concept from the get-go.”

Case in point: Masoud’s team includes faculty from six other university departments on two campuses, including experts in landscape architecture and urban design, environmental science, civil engineering, geography, public health, social psychology and physics. The project was sparked by the City of Toronto’s resilience strategy in 2019 – which included renewal of the city’s aging apartment towers, as well as their surrounding greens spaces, as a key element.

“Often, it’s thought that further densification – turning these under-utilized and under-programmed green spaces into more buildings – is the best way to deal with tower communities,” Masoud says, adding that the city is also intent on seeing the towers retrofitted to improve their energy efficiency.

But he notes the nearly one million people who live in tower communities across the Greater Toronto Area risk being unable to afford the higher rental costs that would inevitably be passed on to them by landlords, leading to displacement, gentrification and less affordable housing.

“So, we started to say, ‘Well, if the retrofitting of the mechanical systems of the towers themselves might create issues, what about all the open space around them?” says Masoud. “Can we capitalize on the green and grey surfaces – the trees, the ravines, the public parks, the strip malls and plazas, which are the fabric of this city – in a way that would help alleviate some of the issues to make sure that these tower communities become more resilient?”

The team is holding conversations with community representatives to hear their views of how to improve apartment tower communities through a series of “knowledge exchange” events organized by the Centre for Connected Communities. Team members have been mapping the city to see the overlap between these vertical neighbourhoods, urban heat islands, local flooding and canopy cover. At the end of the project, the group will produce a report with recommendations to the city.

The research is conducted under a School of Cities Urban Challenge Grant, which is designed to tackle major issues in the field.

Chapple notes that, along with the Urban Challenge Grants, which have also covered such topics as supply chains, food sources and smart villages, the school holds global online seminars that have reached out to urban institutes in 162 countries. At U of T, it also brings together student researchers from across departments – both at the post-graduate level and for fourth-year projects that partner with community organizations in the Multidisciplinary Urban Capstone Project design course. The course is led by Mark Fox, a professor of industrial engineering in the Faculty of Applied Science & Engineering and computer science in the Faculty of Arts & Science. 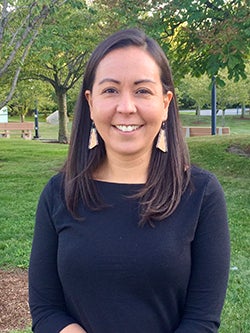 Urban studies student Randa Omar, sociology student Yi Li, international development studies and human geography student Rajpreet Sidhu and business student Tianyi Wang were among those who participated in a capstone project involving Indigenous public art during the 2020-21 academic year. It was supervised by Danielle Kwan-Lafond, an assistant professor, teaching stream, of sociology at U of T Scarborough who describes herself as mixed-race and a member of Toronto’s Indigenous community who does not self-identify as Indigenous.

“We started by going back to the basics that make up good working environments and relationships for Indigenous artists,” says Omar.

Li says she learned a lot about Indigenous history and culture.

“Some artists mentioned feeling tokenized – just used and never contacted again,” Li says. “It was almost like there was little interest in building relationships, which is an important part of their culture. It does a lot of damage to Indigenous artists. There's a lot of trauma.”

Sidhu adds that in cities, it’s important for everyone to be exposed to artwork that reflects Indigenous ways of knowing and of life. “If you’re walking in a park and it’s just statues of old colonial white men who have committed genocidal acts, as an Indigenous person you’re not going to feel comfortable,” she says. “And as a settler, you should be seeing Indigenous public art on Indigenous lands and begin to have a better understanding of your role and the space you occupy.”

Kwan-Lafond says the project reflected the diversity and community orientation that the School of Cities upholds, as well as its stress on interdisciplinarity. “It shouldn't be just designers and urban planners planning a city,” she says. “Sociologists have interesting things to say and so did our business student.

“We would have had very different conversations had we all come from one field.”

Chapple agrees, noting that the school has already had an impact on the hundreds of students it has brought together, as well as its global partners. “This kind of approach acknowledges that problems are wicked and complex, in cities in particular, so you need to have multidisciplinary teams to emerge and solve them.”

The same is true when it comes to re-imagining Toronto’s aging, concrete apartment towers as a potential answer to the city’s sustainability challenges.

This article is part of the Groundbreakers series about U of T's Institutional Strategic Initiatives program - which seeks to make life-changing advancements in everything from infectious diseases to social justice - and the research community that's driving it.