Can life's bad turns lead to populist views? U of T researcher takes a closer look 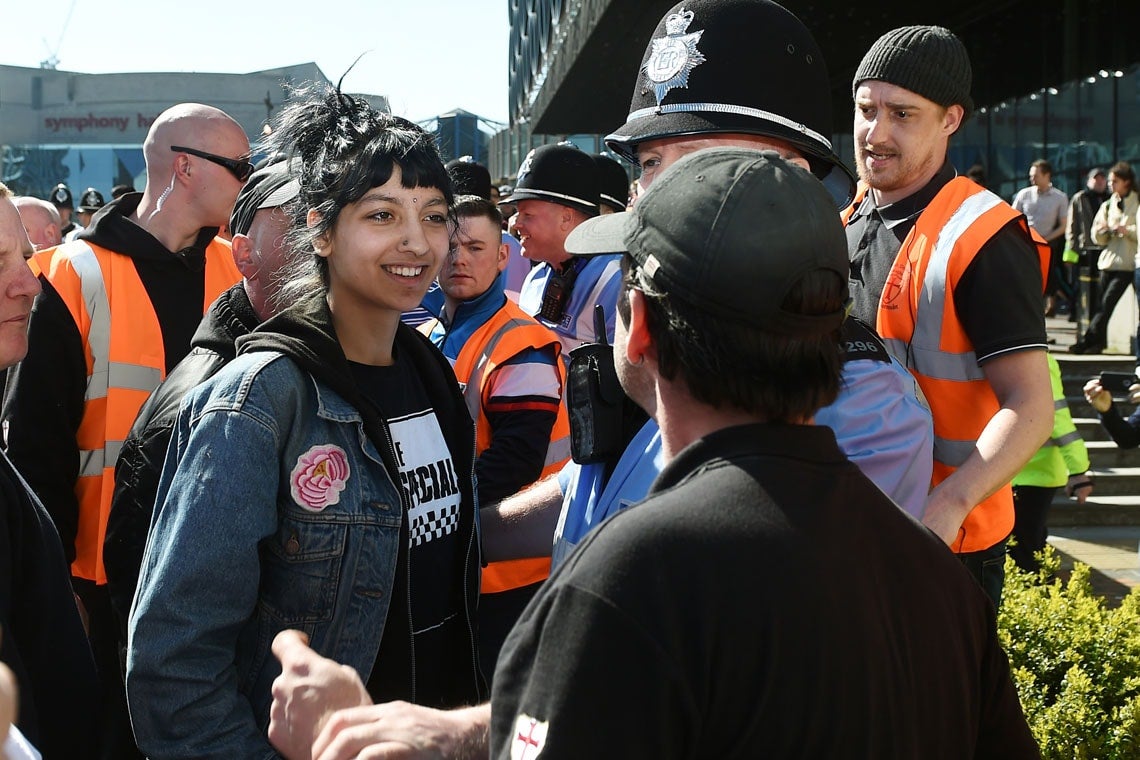 This photo of a young woman confronting a member of a populist movement in the U.K. with a smile went viral this week. A U of T study finds bad life events can lead to extreme political views (photo by Joe Giddens/PA Images via Getty Image)

Whether it’s losing a job or dealing with an illness, negative life events can lead people to adopt more extreme political views, according to a new U of T study.

“If people experience unexpected adversity in their lives they tend to adopt more rigid styles of thinking,” says Daniel Randles, a post-doc researcher in psychology at U of T Scarborough.

The study, which is published in the journal Social Psychological and Personality Science, drew on an existing survey of about 1,600 Americans who were repeatedly polled between 2006 and 2008. Randles stresses that while he’s not a political scientist, the research could shed light on growing support for populist politics.

“Over the last few years there’s a general feeling that a more rigid form of politics is emerging. It’s possible that more extreme candidates are becoming popular because the people who support them have a growing number of challenges in their lives that they weren’t expecting.”

For the survey, participants were asked about their political attitudes as well as negative events they faced in their personal lives to see if their attitudes changed following adversity. The unexpected negative life events ranged from divorce, illness, injury and assault to even loss of a job.

Randles found that regardless of where people stand on the political spectrum – left or right – adverse life events hardened their leanings either way.

Randles, whose past research has looked at the behavioural consequences of uncertainty, says those who have very black and white views are probably more vulnerable to moving towards the extreme.

“It’s not an on/off switch. It’s a slow movement towards either end of the spectrum based on negative experiences,” he says, adding there’s no exact number of events that can cause the effect.

As for why this occurs, Randles points to his other research which shows people tend to have expectations about how those around them will behave, and how the natural world should work as a possible explanation.

“If people believe that something about their world has suddenly changed, they will look for things in the world that are still intact,” he says.