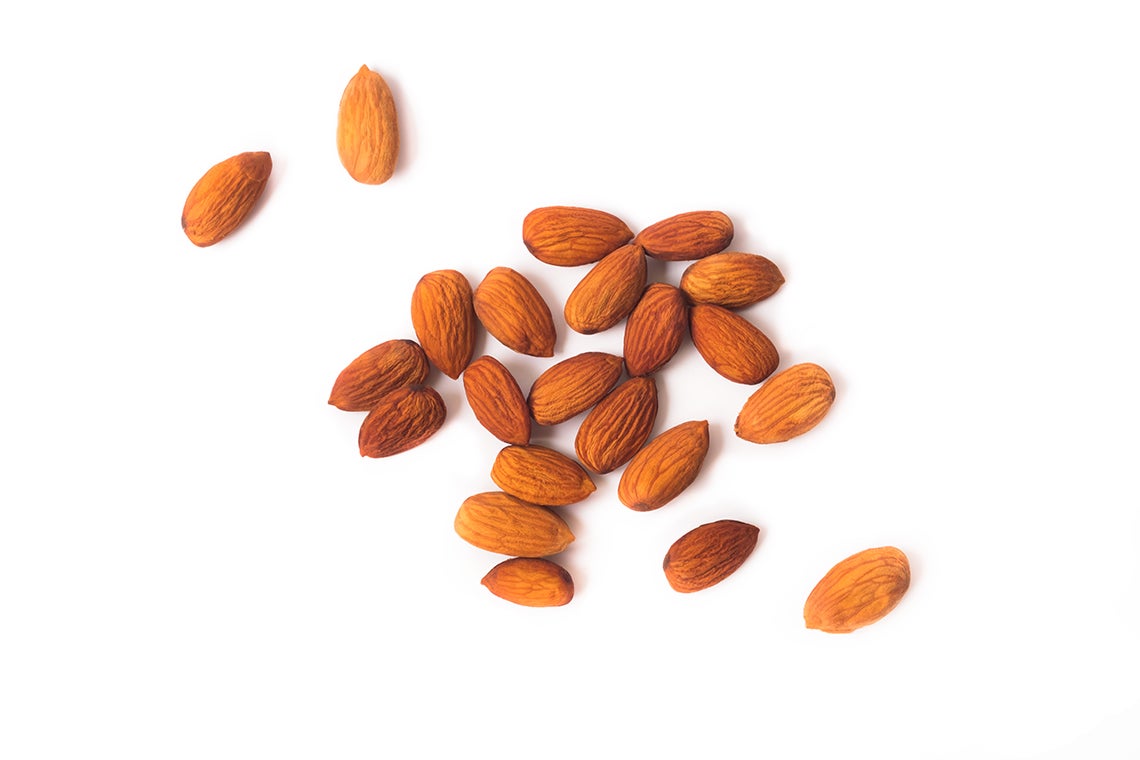 Researchers at the University of Toronto have found that a calorie labelled is not the same as a calorie digested and absorbed when the food source is almonds.

The findings, published in the journal Mayo Clinic Proceedings, should help alleviate concerns that almonds contribute to weight gain, which persist despite the widely recognized benefits of nuts as a plant-based source of protein, vitamins and minerals.

“Nuts have generally been thought of as healthy the last two decades, but the messaging around nuts has often come with a disclaimer that they are high in fat and energy,” said John Sievenpiper, principal investigator on the study and an associate professor in the departments of nutritional sciences and medicine in the Temerty Faculty of Medicine. “We still see that caveat in the media and on the internet today, and it has been part of many clinical guidelines, although that is changing.

“Other researchers have shown that there is a bioaccessibility issue with nuts – that a calorie labelled may not be a calorie absorbed. This study quantifies that effect with almonds in a relevant population.”

The researchers found that after digestion, about 20 per cent of calories derived largely from fat in almonds remained unabsorbed, which they observed in stool samples. That translated to about two per cent less energy absorbed from the diet overall among study participants.

A person eating the same amount of almonds in a daily diet of 2,000 to 3,000 calories would absorb 40 to 60 calories less than would be predicted by Atwater factors, on which many food labels are based. That could result in weight loss up to 2.9 kilograms, or 6.3 pounds, over a year, assuming no compensation in the form of increased intake or decreased energy expenditure.

Participants in the study did not gain weight, which is consistent with the majority of high-quality trials that measure nut consumption and weight gain – some of which show an association with weight loss, said Sievenpiper, who is also a staff physician and scientist at St. Michael’s Hospital, Unity Health Toronto.

The researchers used a randomized crossover trial to study 22 women and men with high cholesterol who underwent a series of three, month-long dietary interventions separated by a week-long washout period.

All study participants consumed an NCEP Step-2 diet (low in saturated fat and cholesterol, part of the U.S. National Cholesterol Education Program). The three dietary interventions were full-dose almonds (75 grams per day or three quarters of a cup); half-dose almonds plus half-dose muffins; and full-dose muffins as a study control. The nutritional makeup of the muffins matched the almonds in amount of protein, fibre and fats.

“One unique aspect of this study is that it assessed people with high cholesterol, who are at greater risk for cardiovascular disease,” said Stephanie Nishi, who was a doctoral student at U of T at the time of the study and is now a post-doctoral researcher at the Universitat Rovira i Virgili in Spain.

“That has not been done in this population before, and it’s important because this group typically gets many messages to eat more nuts, owing to the evidence for nut consumption and heart health,” Nishi said.

Nishi and Sievenpiper both said there is a big gap between the number of nuts people are recommended to consume and how many they actually eat – both generally and in populations at risk for cardiovascular and other disease.

Further barriers stemming from concerns about weight gain are counter-productive, the researchers said.

Diabetes Canada recently adjusted their guidelines based in part on the study’s findings, and to avoid the stigma around nuts and weight gain, said Sievenpiper, who has contributed to guidelines for patients with diabetes and other metabolic disorders, and for cardiovascular disease.

This study was supported by a PSI Graham Farquharson Knowledge Translation Fellowship and a Banting and Best Diabetes Centre Sun Life Financial New Investigator Award, as well as the Almond Board of California.