Built by a U of T alumna, HypeDocs aims to empower underrepresented groups in the workplace 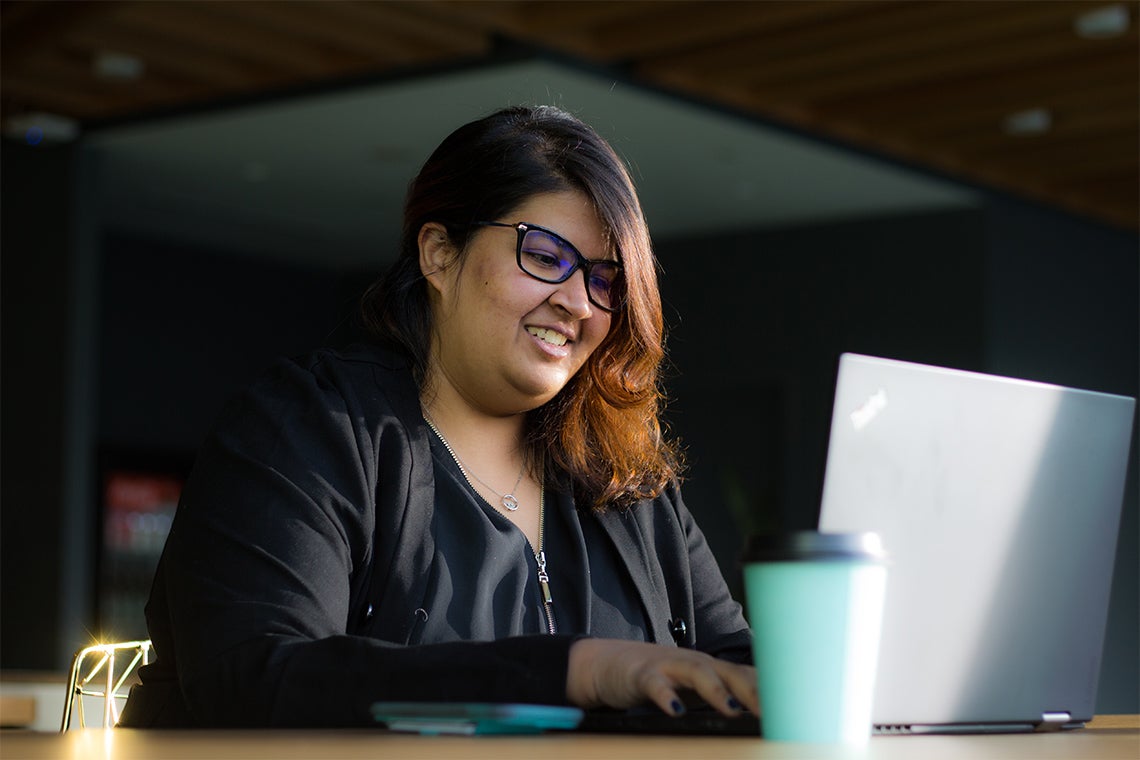 U of T computer science alumna Aashni Shah launched HypeDocs, an online tool that enables people to track personal achievements, after observing that employers weren't recognizing her many accomplishments (photo by Minh Le)

Aashni Shah made an impact at the University of Toronto – she was the first woman to be president of the Computer Science Student Union and founded UofTHacks, an annual student hackathon event – but says she often found herself struggling to have her accomplishments recognized in the work world.

The dilemma inspired Shah to launch HypeDocs, an online tool that enables people to track personal achievements, boost their self-confidence and overcome feelings of imposter syndrome.

“It’s built for everyone, but with a focus on women and underrepresented minorities,” says Shah, who earned her honours bachelor’s degree in computer science, in the Faculty of Arts & Science, in 2016 as a member of St. Michael’s College.

“At work, this tool gives [users] a better chance of getting the recognition and promotions they deserve, but are sometimes denied because their managers aren't always following the work they do. At home, it lets users remember their accomplishments and build a positive mindset.”

HypeDocs sends users encouraging weekly email reminders and offers a “public page,” where users can selectively share anything they choose.

Shah, who is the company’s CEO, says there is an important mental health aspect to HypeDocs – particularly as users navigate a job market distorted by the pandemic.

“People are feeling deflated and unhappy. A lot are still looking for jobs and are not finding any available. Others have lost their businesses and have to find a job for the first time in many years,” says Shah, adding she uses HypeDocs herself.

“The impact it's had on both my mental health and my ability to negotiate for job offers or promotions is pretty powerful.”

Shah was born and raised in Nairobi and moved to Toronto in 2011 to attend U of T. She says she got the idea for HypeDocs after working with a group of female engineers at a financial tech company who used a similar tool to track their own achievements.

Shah says the need for tools like HypeDocs stems from job market disparities that persist for women and underrepresented minorities – groups that tend to make less money and often get overlooked for promotions. They often also perform many extra tasks or “glue work,” such as identifying potential issues and resolving them, that are not necessarily part of their job description but demonstrate leadership qualities, she says.

Women and underrepresented minorities also face internal struggles with “imposter syndrome” when it comes to negotiating for a better salary or job, Shah says.

“What I’m trying to do with HypeDocs is help you overcome that impulse and give you the confidence you need so you can see you deserve this promotion,” she says.

“This tool provides a quantitative list of reasons to go and ask for the raise or promotion. And at that point, there's really no way a company or your employer or manager can say no because you literally have a list of proof.”

Shah says she wishes she’d had something like HypeDocs to turn to when she was in university. Her advice to current students is to make the most of their time at U of T.

“Find your people, the ones you can rely on, because having those people along for the journey will make it memorable and fun,” says Shah.

“It's important to get your formal education, but also spend time joining clubs, going to events and finding other ways to meet people. The connections you’ll make will be so powerful and help open doors down the road.”