Brain cancer linked to tissue healing: U of T researchers 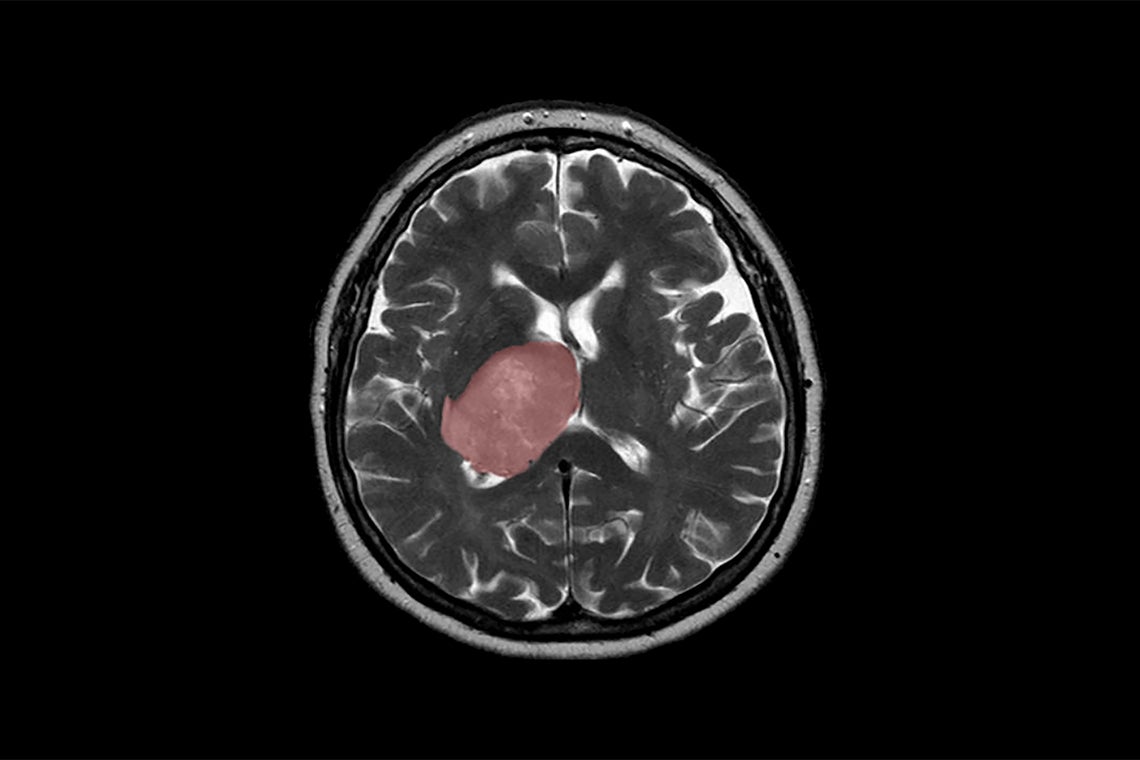 The healing process that follows a brain injury – from trauma to infection and stroke – could spur tumour growth.

The finding, published in the journal Nature Cancer, was made by an interdisciplinary team of researchers from the University of Toronto, The Hospital for Sick Children (SickKids) and the Princess Margaret Cancer Centre. The researchers are part of the pan-Canadian Stand Up To Cancer Canada Dream Team that focuses on a common brain cancer known as glioblastoma.

“Our data suggest that the right mutational change in particular cells in the brain could be modified by injury to give rise to a tumour,” says Peter Dirks, a professor in the Temerty Faculty of Medicine and Dream Team leader who is the head of the division of neurosurgery and a senior scientist in the developmental and stem cell biology program at SickKids.

The findings could lead to new therapy for glioblastoma patients who currently have limited treatment options with an average lifespan of 15 months after diagnosis.

“Glioblastoma can be thought of as a wound that never stops healing,” says Dirks. “We’re excited about what this tells us about how cancer originates and grows, and it opens up entirely new ideas about treatment by focusing on the injury and inflammation response.”

The researchers applied the latest single-cell RNA sequencing and machine learning technologies to map the molecular make-up of the glioblastoma stem cells (GSCs), which Dirks’ team previously showed are responsible for tumour initiation and recurrence after treatment.

They found new sub-populations of GSCs that bear the molecular hallmarks of inflammation and which are comingled with other cancer stem cells inside patients’ tumours. It suggests that some glioblastomas start to form when the normal tissue healing process, which generates new cells to replace those lost to injury, gets derailed by mutations – possibly many years before patients become symptomatic, Dirks says.

Once a mutant cell becomes engaged in wound healing, it cannot stop multiplying because the normal controls are broken and this spurs tumour growth, according to the study.

“The goal is to identify a drug that will kill the glioblastoma stem cells,” says Bader, whose graduate student Owen Whitley contributed to the computational data analysis. “But we first needed to understand the molecular nature of these cells in order to be able to target them more effectively.”

The team collected GSCs from 26 patients’ tumours and expanded them in the lab to obtain sufficient numbers of the rare cells for analysis. Almost 70,000 cells were analyzed by single-cell RNA sequencing, which detects what genes are switched on in individual cells – an effort led by Laura Richards, a graduate student in Pugh’s lab.

A closer look revealed that each tumour has either of the two distinct molecular states – termed “Developmental” and “Injury Response” – or a gradient between the two.

The developmental state is a hallmark of the glioblastoma stem cells and resembles that of the rapidly dividing stem cells in the brain before birth.

But the second state came as a surprise. The researchers termed it “Injury Response” because it showed an upregulation of immune pathways and inflammation markers such as interferon and TNFalpha, which are indicative of wound healing processes.

These immune signatures were only picked up thanks to the new single-cell technology after being missed by older methods that look for bulk cell measurements.

Meanwhile, experiments led by Professor Stephane Angers’ lab at the Leslie Dan Faculty of Pharmacy established that the two states are vulnerable to different types of gene knockouts, revealing a swathe of therapeutic targets linked to inflammation that had not been previously considered for glioblastoma.

Finally, the relative comingling of the two states was found to be patient-specific, meaning that each tumour was biased either toward the developmental or injury-response end of the gradient. The researchers are now looking to target these biases for tailored therapies.

“We’re now looking for drugs that are effective on different points of this gradient,” says Pugh, who is also the director of genomics at the Ontario Institute for Cancer Research. “There’s a real opportunity here for precision medicine to dissect patients' tumours at the single-cell level and design a drug cocktail that can take out more than one cancer stem cell sub-clone at the same time.”