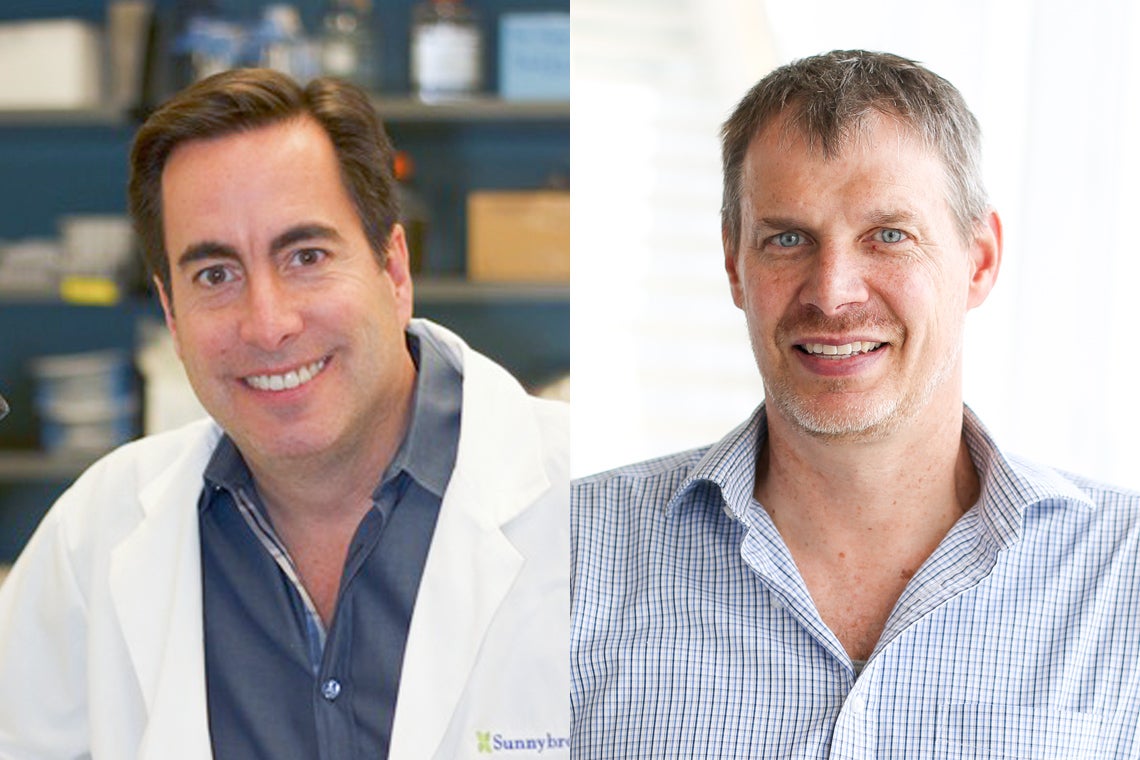 Juan Carlos Zúñiga-Pflücker (left), of the Temerty Faculty of Medicine and Sunnybrook Health Sciences Centre, and Peter Zandstra, who is now at UBC, founded Notch Therapeutics at U of T in 2018.

Notch Therapeutics, a biotechnology company developing renewable, stem-cell derived immunotherapies for cancer, said on Wednesday it had raised US$85 million in venture funding.

Notch was founded in 2018 by two pioneers of cell therapy research, Juan Carlos Zúñiga-Pflücker, chair of the department of immunology at the University of Toronto's Temerty Faculty of Medicine and a senior scientist at Sunnybrook Health Sciences Centre, and Peter Zandstra, who was then at U of T and is now a professor at the University of British Columbia, but continues to collaborate with U of T’s Institute for Biomedical Engineering. The company was supported by MaRS Innovation (now Toronto Innovation Acceleration Partners) and the Centre for Commercialization of Regenerative Medicine.

The funding will enable Notch to triple its staff and expand to Seattle from its current operations in Toronto and Vancouver, the company said.

Christine Allen, U of T’s associate vice-president and vice-provost, strategic initiatives, described Notch and Vancouver’s AbCellera, which set the record for the biggest initial public offering for a Canadian biotech firm by raising US$555 million in December – as “recent Canadian success stories.”

“We need to ensure that these companies and the therapeutics they are developing remain in Canada,” Allen said. “This will only be possible if they are in an ecosystem that provides them with the money and talent they need.”

Notch's proprietary platform mimics the human thymus to generate a large quantity of T cells and other immune cells for therapeutic use. The company is using its platform to develop a pipeline of immune cell therapies, with cancer as its initial target.

“This is a platform that could spawn many products,” Notch president and CEO David Main told the Globe and Mail. “The holy grail for cell therapy is to make it more drug-like – ready to go as soon as it’s prescribed, applicable for anybody, and being able to make it in big enough quantities that you can treat thousands of patients.”

Over the last decade, U of T has been the launching pad for more than 500 research-based startups, generating more than $1.5 billion in investment.

Read more about Notch in the Globe and Mail