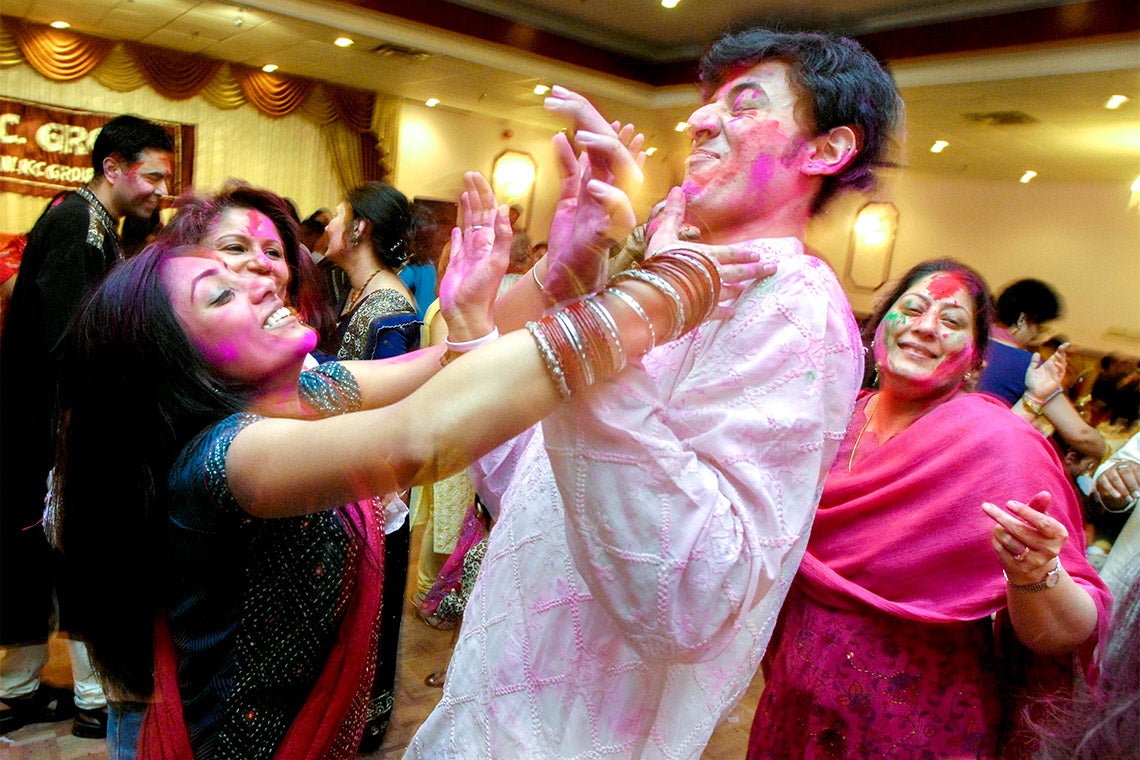 In the Greater Toronto Area, the phrase “heritage building” might bring to mind a Georgian mansion or a pre-Confederation church. But as Sneha Mandhan’s work reveals, it may be time to add banquet hall to the list.

Banquet halls, explains Mandhan, are sites of key importance to many immigrant communities throughout the Greater Toronto Area and elsewhere – including the South Asian diaspora. Big and boxy on the outside, they are colourful, vibrant and richly decorated within. And their uses are many. 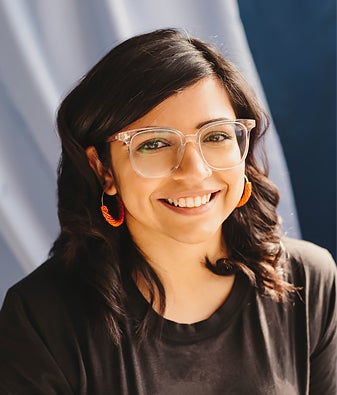 “They might host religious wedding ceremonies and receptions,” says Mandhan, a PhD candidate in the University of Toronto’s department of geography and planning in the Faculty of Arts & Science. “But there are also engagements, bridal and baby showers, and birthday parties. Also school graduations and celebrations of religious festivals like Diwali and Eid, trade conventions and conferences.

“So they’re really catering to a wide set of needs.”

Mandhan, whose research is supported by the School of Graduate Studies' Connaught PhDs for Public Impact Fellowship Program, says “banquet hall” is a term used by the public, but it hardly covers the many purposes of these ubiquitous buildings. Mississauga alone is home to more than two dozen.

“In a lot of planning policy, they’re called event spaces or places of assembly which are more accurate terms,” says Mandhan, an urban planner, urban designer and architect who studies the relationship between physical spaces and cultural activity.

“But in some ways, that language takes away from how important they are as community and social spaces.”

Spaces like these are essential to newcomers. In the 20th century, European immigrants to Toronto were well-served by places like the Hungarian House on St. Clair Avenue West or the Ukrainian Cultural Centre on Christie Street. In addition to hosting celebrations and life cycle events, such locales allowed new Canadians to make much-needed contact with each other. And crucially, they were located close to residential areas.

But in the downtown area, Mandhan notes, “land values have risen, so developers have come in and pushed out a lot of the older uses which were not profit-making enterprises. Now, these kinds of places have all been relegated to what the province calls ‘employment lands’ outside the city.” 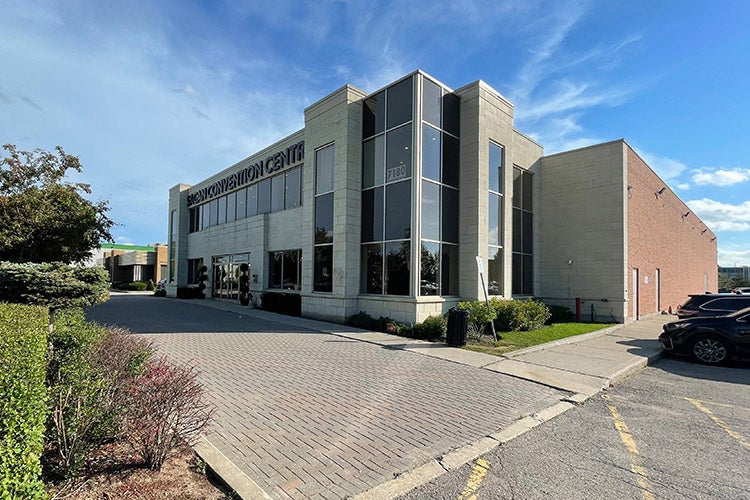 Banquet halls in "employment lands" such as the Sagan Banquet Hall and Convention Centre in Mississauga, often have a bare-bones boxy façade (photo courtesy of Mandhan)

Employment lands are commercial and industrial spaces located outside the city’s centre. They are often the site of warehouses and auto-body shops, as well as places of worship and banquet halls. They can be inaccessible for anyone without a car, which is a problem for many of the people who wish to attend events serving the South Asian community – including seniors or young guests, and minimum-wage workers.

“Banquet halls are extremely important employment centres,” says Mandhan, “because they employ service workers directly and many others indirectly, such as those supplying décor, videography, music and food. But they’re not commuter friendly, especially during weekends and late-night hours when events are commonly hosted. So accessibility is important to think about.”

“In the early stages of research for my PhD dissertation, I started off doing exploratory phone interviews to try and understand the kinds of spaces that the South Asian diaspora was using for rituals and celebrations,” she says. “I remember having this long conversation with someone who went to 10 to 15 weddings per year pre-COVID, which was just mind-blowing to me. And so I started doing research on banquet halls just to see how people were talking about it. And what I found was that the public narrative around these spaces was essentially absent.” 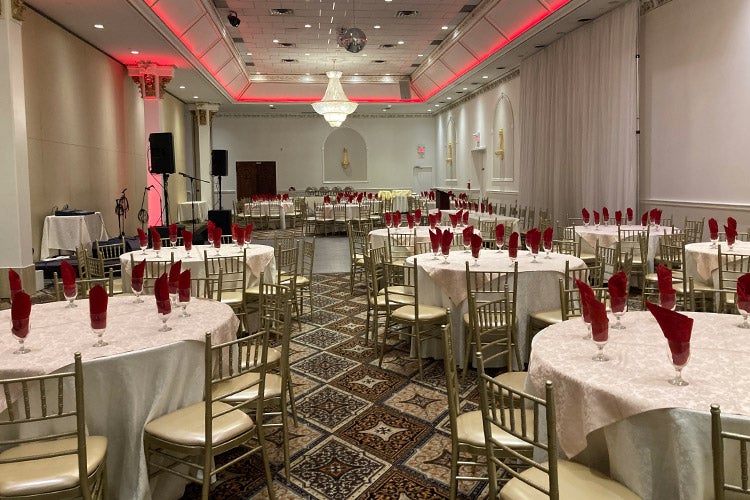 As a Connaught PhDs for Public Impact Fellow, Mandhan will direct information derived from her PhD research toward two projects.

“The first is an op-ed that will question how cultural heritage historically has been related more to colonial history: a lot of the buildings that are preserved for that reason are colonial buildings. How do we flip that narrative and start to understand what heritage looks like for immigrant communities? It might not always involve beautiful architecture. There are other studies being conducted, such as the work being done around the designation of Little Jamaica as a cultural district, that really are starting to question how we might move from understanding cultural heritage as colonial buildings, to understanding what cultural uses are worth preserving.”

Mandhan’s second project is a photo exhibit documenting the stories of celebration in banquet halls that she hopes will have a physical presence for a short period. “But I’m hoping for it to live online for a longer period, as something that can grow and evolve,” she says.

Though her work concentrates on the South Asian diaspora, she says that guests from many cultural backgrounds use the services of banquet halls and attend celebrations there, making her research potentially attractive to anyone with an interest in Toronto’s ever-evolving cultural landscape.

Broadly speaking, Mandhan’s project argues for a better consideration of the needs that immigrant groups have for celebration, gathering and connection – needs that were better fulfilled in earlier times when such spaces were accessible, central and located close to other community services.

“I want to bring banquet halls into the public discourse because these are important spaces that we need to be thinking more about,” says Mandhan. “Right now, they’re just considered from a purely functional point of view as spaces where many people will congregate. But these places have a lot of emotional and cultural value to people. We need to start incorporating that idea into the decisions we make about planning in our cities.”