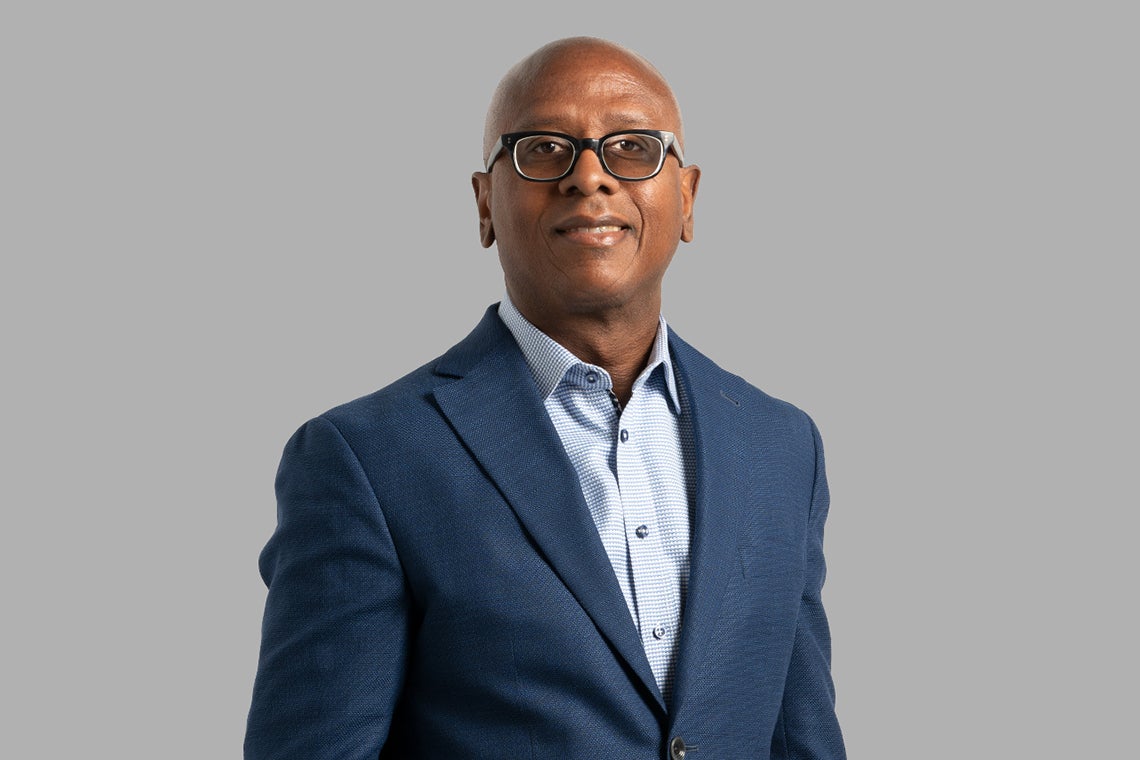 Robert Davis, a partner at KPMG and chair of the board, recently helped establish the Robert Davis and Joseph Chen Access and Diversity Bursary at U of T’s Faculty of Arts & Science (photo courtesy of KPMG)

As he climbed through the ranks of Bay Street accounting firm KPMG, University of Toronto alumnus Robert Davis didn’t see many role models who looked like him – so he decided to do something about it.

Davis, recently elected chair of KPMG Canada’s board, and his life partner recently established the Robert Davis and Joseph Chen Access and Diversity Bursary at U of T’s Faculty of Arts & Science. They also created a bequest to ensure their legacy of financial assistance to promising students continues long after they are gone.

“We have done well financially over the years and felt it was time to give back, especially to Black and inner-city youth who do not have the role models and visibility into Bay Street to see the possibilities out there for them,” says Davis, who earned a bachelor of commerce degree from U of T in 1989 as a member of New College.

“We really wanted to focus on a segment of our society that just wouldn’t generally have the same opportunities as many straight, privileged white men.”

Davis was nine years old when his family emigrated from Jamaica to Toronto. By the time he was in high school, he had already discovered an affinity for accounting, an interest he pursued at U of T.

“I think the courses I took at U of T and the bachelor of commerce program in general set me up for success,” says Davis, who joined KPMG right after graduation and qualified as a chartered accountant in 1992.

He left KPMG in 1999 to pursue other opportunities but returned in 2005 and soon made partner. By then, the company was putting more emphasis on inclusion and diversity. Davis made sure to be part of it.

“I’ve always had a bent for the people side of our business and a strong passion for inclusion and diversity (I&D), so when we started our national I&D council in 2014, I was one of the first members,” says Davis.

In addition to being chair of the board, he is also the firm’s chief inclusion and diversity officer – a title that will soon change to include “equity” as well.

Davis says he’s also been vocal about encouraging colleagues to consider what they can do to address inequity in society – particularly in the wake of George Floyd’s murder in the U.S. by a police officer and the global rise of the anti-Black racism movement.

He says many of his colleagues have started scholarships at their alma maters to encourage diversity and more people are receptive to the idea things have to change, especially when it comes to systemic barriers that create an uneven playing field.

KPMG LLP matches donations by Canadian employees – up to $1,000 a year per individual – although Davis says the program is still underused and needs to be more broadly advertised to staff.

“We've certainly noticed over the past year or so [that] folks with privilege have started to realize some of the barriers for a certain segment of our population to getting into university and building a career,” he says.

Scholarships and financial access to education are just part of the process, says Davis. That’s why he meets with his scholarship winners to impart tips, advice and insights.

“The light bulb probably went off for me a few years ago. If underrepresented groups don't see people that look like them in leadership, they just don't believe in it – even if financial assistance makes it theoretically possible for them,” he says.

“On the other hand, it’s easier to believe if they see someone like themselves in those roles because it takes more than just a university degree to be successful in business.”

Davis says that, in his experience, there are more people ready to help than stand in the way – but unfortunately, barriers still exist.

“You've got to be persistent. You will hit roadblocks, but you can't give up,” he says. “Not everybody is on the bus, and you have to recognize there is racism out there. But you can't let people like that dissuade you.”