Bannon out: U of T political scientist reflects on chief strategist's exit 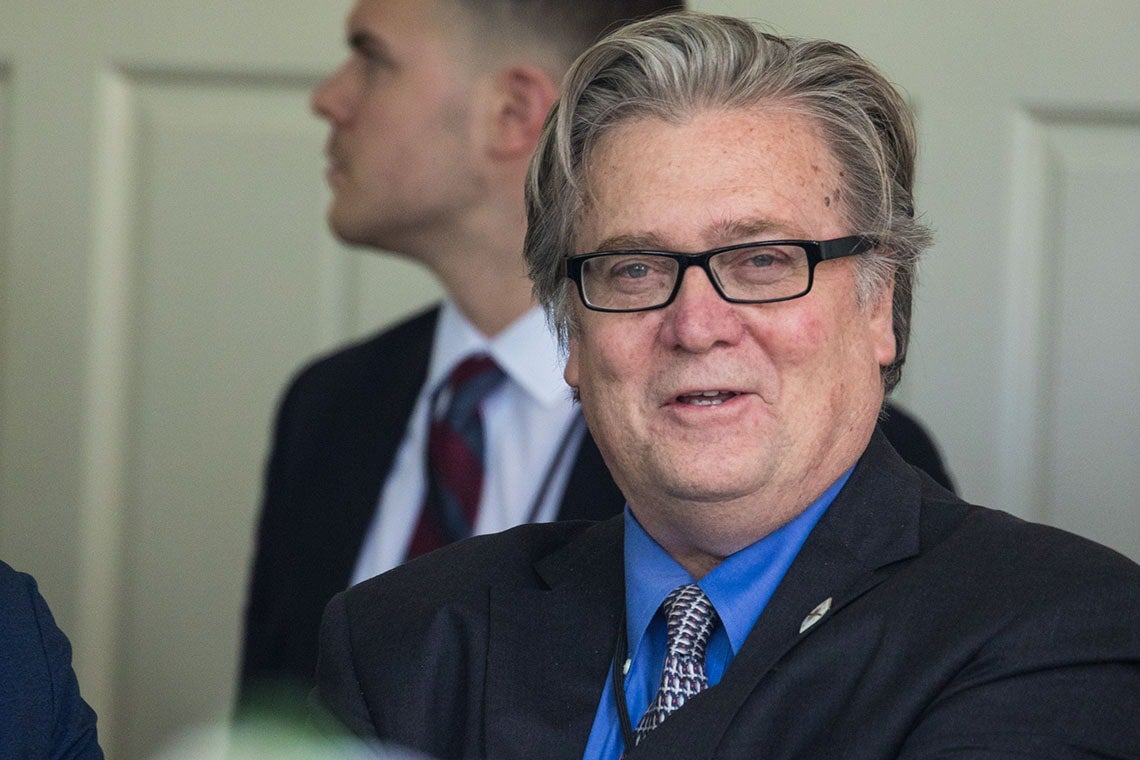 Trump 'lacking a way to herd the cats in the legislative process, and Bannon doesn't contribute to that one iota'

Steve Bannon, the Trump administration strategist and former editor of conservative website Breitbart, left his post on Friday, according to multiple reports. His is the latest in a string of departures from the White House, including former chief of staff Reince Priebus and communications director Anthony Scaramucci. 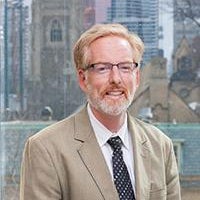 Bannon, known for being a white nationalist, is said to have pushed Trump toward his  hardline approach on immigration and trade. Instead of distancing himself from these views with Bannon's exit, Trump may be preparing to “double down” on them, says U of T political scientist Ryan Hurl (left).

The assistant professor at U of T Scarborough explains what led to Bannon's depature and speculates on how it will affect the administration.

Steve Bannon was rumoured to be on the outs for a while. What was the straw the broke the camel's back?

That's a little difficult to say. One possibility was his rather unusual interview in The American Prospect, a left-leaning American publication. Bannon had a conversation with the editor Robert Kuttner, talking about a number of sensitive subjects including military strategy in relation to North Korea – not really the kind of thing you want to be discussing off the top of your head in an open interview.

He may have been talking to the press in an unthought-out way, or it may have been completely thought out. It's hard to know. It's almost as if Bannon was searching for the perfect straw to break the camel's back.

What did Bannon bring to the White House in terms of strategy and influence?

If you were President Trump, you would ask yourself: "What does Bannon bring to the table, given the kind of issues I'm facing now that I'm actually president?" The answer is, not very much.

What Trump is pretty sorely lacking at this point is a way to herd the cats in the legislative process, and Bannon doesn't contribute to that one iota.

Was his departure related to what happened in Charlottesville?

Is this in some way a response to [Trump's] bungling response to the Charlottesville incident, and the need to remove the taint of association with white nationalists? That could perhaps be part of it. I think Bannon disavows extreme right-wing nationalism. I think he'd say himself that he's not someone like Richard Spencer, who's drawing on a weird European Carl Schmitt and Martin Heidegger version of nationalism.

Nevertheless, there can be some kind of overlap [between Bannon and Spencer]. And it's not crazy of course that the Trump administration has been tainted by that association.

How will Bannon's absence change the policy direction of the Trump administration?

At this point, I don't think it's about policy direction per se. Of course with this president, who knows? In terms of any kind of policy direction set during the campaign, it's always a difficult question of how much is purely strategic, how much is off the cuff and how much is a long-term strategy as opposed to an electoral strategy.

I suppose it's a sign that Trump wants to back away from some of the unconventional commitments that he made during the campaign season. That is, unconventional vis-a-vis the mainstream Republican Party as represented by, say, Mitt Romney and John McCain.

“Perhaps getting rid of Bannon allows him, ironically, to pursue Bannon-like policies.”

Whether this politically makes sense for Trump, that's very much unclear.

Politically speaking, there's no reason for Trump to back away from some of the main positions that Bannon would have been associated with, which is to say immigration reform of some kind, immigration restriction, a more hard-headed perspective on questions of trade and a much more limited, less interventionist, quasi-isolationist foreign policy.

Those are all winning issues politically speaking for Trump. I don't see reasons why that would have changed. The problem was the association with the alt-right. Perhaps getting rid of Bannon allows him, ironically, to pursue Bannon-like policies.

The alternate position is that this is Trump becoming a Mitt Romney, John McCain-style Republican and that he's going to go in that direction. I don't really see a huge political upside to that for Trump. It's too late in the day for that.

What I would predict is that getting rid of Bannon is a prelude to doubling down on some of those policy commitments. What he perhaps realized is that Bannon doesn't help him achieve that. Bannon doesn't know anything about Washington or how the legislative process works.

There have been reports of infighting followed by high-profile departures lately from the White House. Will Bannon's exit steady the ship?

That's a very difficult question. It doesn't take a PhD in political science to see that Trump responds to some issues in an emotional, knee-jerk way. It is possible that he might have come to some realization after this week that presidential rhetoric and presidential demeanour matters. There's been a slow erosion of even his supporters, let alone people who weren't initially supporting him. He has to change the tone, find a way to work with Congress and reconnect with the broader public in some way. This could be the first step in that direction. Certainly, it's the only way for Trump to have a successful administration.