Backlash to magazine story exposes ugly side of Toronto's housing obsession: U of T experts 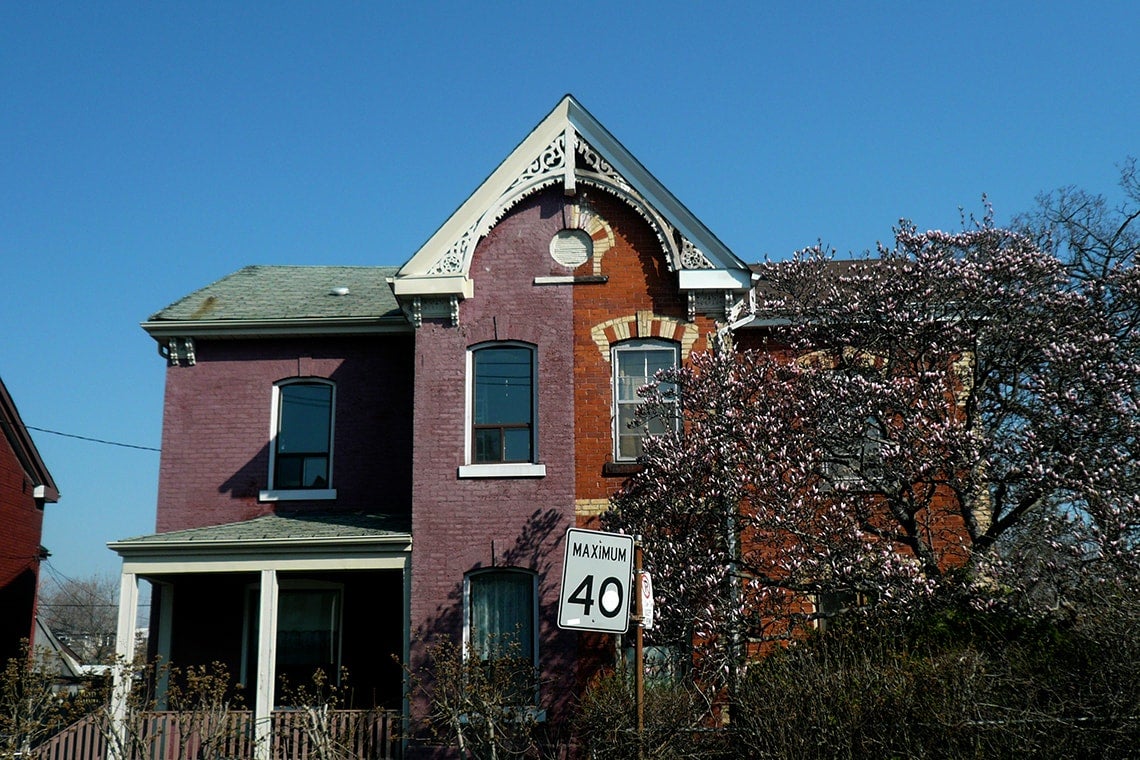 A story in this week’s Toronto Life magazine about a so-called “reno from hell” inadvertently launched a public conversation about the impact of gentrification on vulnerable neighbourhoods and the city’s homeless population.

The story triggered a swift social media backlash – with many taking umbrage at the author’s depiction of her efforts to remove squatters from the Parkdale property, including  a drug user she initially feared might be dead.

Emily Paradis is a senior research associate at the Faculty of Social Work who focuses on homelessness. Deborah Cowen is an associate professor of geography and planning.

They spoke with U of T News about the significance of the Parkdale neighborhood, reaction to the article, and who is really being hurt by Toronto’s nosebleed home prices. Deborah Cowen, an associate professor of geography and planning:

Toronto Life writes a lot of stories about people buying and renovating houses all over the city. Why do you think this one sparked such a visceral social media reaction?

Any time I want to make sense of something, I begin by asking where we are. Every story has a context, and this one really matters. This is a moment of acute housing crisis in Toronto with some of the fastest change and aggressive displacement taking place in this very neighbourhood. Parkdale is notorious as a centre of the city’s gentrification. It is known internationally in the scholarly literature as an area where so many people – Indigenous, poor, of colour, immigrant, working class, with physical and mental disabilities, on pensions, LGBTQ, students and artists – are being pushed out. Average prices for single family homes in Toronto have soared recently to well over a million dollars. Income polarization is deepening, as are its racialized contours. Toronto’s housing crisis has become so acute that we now have an average weekly death rate of two homeless people on city streets.

This is all reason enough for outrage at a story that dehumanizes the very people facing displacement and maybe homelessness, while valorizing the problems elites face in causing it.

I take it you believe there are other problems, too?

For the last month, several hundred Parkdale residents have undertaken a courageous action – a collective rent strike. They are doing so to protest the actions of the landlord, MetCap, which is trying to raise rents above regulations for units that have egregious outstanding work orders. Today actually marks the beginning of their second month of the strike. I say this is courageous because renters are standing their ground despite facing harassment and risk of physical assault from landlords, not to mention the possibility of losing their housing.

In this context, the editorial decision to run this particular article could be interpreted as deliberately heartless. Or perhaps it is a declaration that Toronto Life locates itself on one side of a deepening divide. In fact, it is both. The article aims to elicit sympathy for one multiply propertied family with extended networks of wealth while sanctioning the eviction of so many others, not only from the house but from a common humanity.

What, if anything, can we learn from all of this?

I am heartened by the outrage. It suggests that there is widespread discontent with the status quo, and perhaps even widespread concern for the well-being of others. It suggests that there is a relationship between deepening inequality and this culture of dehumanization, and that folks are getting fed up. Attitude cannot will inequity into being, but it is a key ‘infrastructure’ of inequality.
Gentrification is not an accident – it is almost official policy. Gentrification lines the pockets of municipal government, as much as it does private ones. It is often framed as a natural process of ‘rejuvenation,’ like a garden in the springtime. But it is promoted and exploited by those who create the very regulations and policies that shape urban change. That the author’s attitudes elicited such disgust is a sign that maybe this city is ready to have some serious conversation about our collective future. Emily Paradis, senior research associate at the Faculty of Social Work who focuses on homelessness:

What was your initial reaction to this story?

What struck me was the dehumanization of the low-income people in the story. Now, I expect to hear the triumphant pioneer narrative of gentrification – the story of brave people moving to a new neighbourhood and reclaiming it. That stuff I find irritating and offensive but not unexpected. But to hear a description of someone walking into a person’s bedroom, not initially noticing they’re there, slowly becoming aware of their presence, thinking they might be dead and then not doing anything to try and help – that was shocking to me.

You participated in a study on Parkdale rooming houses by the Parkdale Neighbourhood Land Trust. What did the researchers find?

Some of these houses have been used as rooming houses since the Great Depression when many of these big mansions became unsustainable for families to own and heat. So rooming houses have always been part of the picture in Parkdale, and the need for them intensified in the 1970s and 1980s with deinstitutionalization. A lot of survivors of the [mental health] system moved into the neighbourhood because they were really close to services they needed. And, of course, we know the deinstitutionalization policy was enacted without enough community support to house people and provide services. One of the root causes of the level of homelessness we see today is that lack of funding for housing and services.

There are some who don’t see what the fuss is about – a family spent a lot of money and time fixing up a crumbing old house, improving the neighbourhood. What do you say to them?

The whole issue is much broader than this particular family or this particular writer. The issue is systemic. It doesn’t come down to whether one family buys a rooming house and renovates it into a single family home. That’s been happening in Parkdale since the 1980s. The issue is there’s nowhere for folks who rely on rooming houses to go. Public attitudes toward low income housing in general tend to be that it’s an eyesore that degrades the neighbourhood. But why is making a neighbourhood more exclusive and less able to accommodate all its residents seen as an improvement?

What can be done to improve the situation?

We need adequate funding for social housing and affordable housing. We need stronger regulation for the private housing market so that tenants living in a building that’s purchased aren’t displaced with nowhere to go. In the case of a neighbourhood like Parkdale and rooming houses, we need planning about how that very unique form of affordable housing will be maintained into the future so that the population it houses isn’t rendered homeless when all rooming houses disappear. That requires looking ahead. As neighbourhoods change, we have to think about how we can have development without displacement.